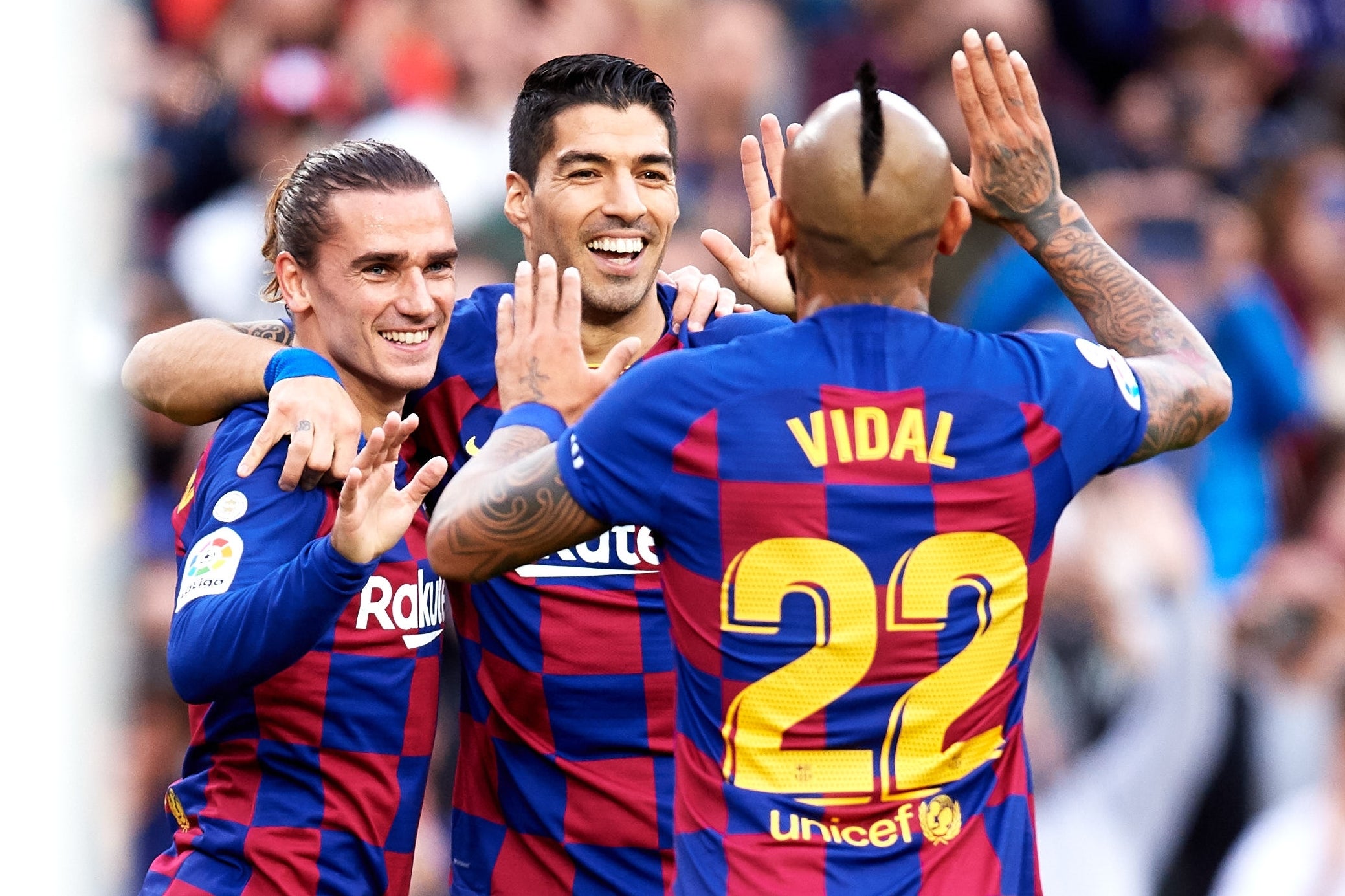 Barcelona are set to finish 2019 on top of La Liga after goals from Antoine Griezmann, Arturo Vidal, Lionel Messi and Luis Suarez sealed a comfortable win over Alaves at Camp Nou on Saturday.

Coach Ernesto Valverde made a number of changes from the team which drew 0-0 with Real Madrid on Wednesday night, bringing in an entire new midfield for this one.

Ivan Rakitic and Frenkie de Jong dropped to the bench and Sergi Roberto reverted to a right-back role as Sergio Busquets, Vidal and Carles Alena came in.

Barca were dominant early on and after Messi saw a strike ruled out for a marginal offside, the Catalans took the lead when Suarez cut the ball back from the right and Griezmann fired past Fernando Pacheco from the edge of the box.

That was after 14 minutes and Alaves were not in the match at that point, with Barca in complete control.

Vidal added a second on the stroke of half-time as he beat Pacheco with a fierce drive from an angle following a ball from Roberto on the right.

Griezmann had the ball in the net early in the second period, but the French forward was just offside when Messi’s pass was played, and there was a lifeline for Alaves as Pere Pons headed in from a Ruben Duarte cross after 56 minutes.

A couple of nervy minutes followed for the Catalans as Alaves grew in confidence and caused a few problems in the Barca box, but Messi restored the champions’ two-goal lead with a super solo goal as he ran forward and blasted a shot past Pacheco from outside the area after 69 minutes.

And Barca won a penalty shortly after that when Martin Aguirregabiria handled a Suarez header and VAR awarded a spot-kick, after a corner had been given originally. Messi handed the ball to the Uruguayan and he made no mistake, netting with a low shot which beat Pacheco to his right to make it 4-1.

The victory saw Valverde’s side move three points clear of Real Madrid, in action at home to Athletic Club on Sunday night, and the Catalans will finish 2019 on top of the table unless Los Blancos win by six goals at the Bernabeu in their final match of the year.

Alaves, meanwhile, are down in 14th place after 18 games.