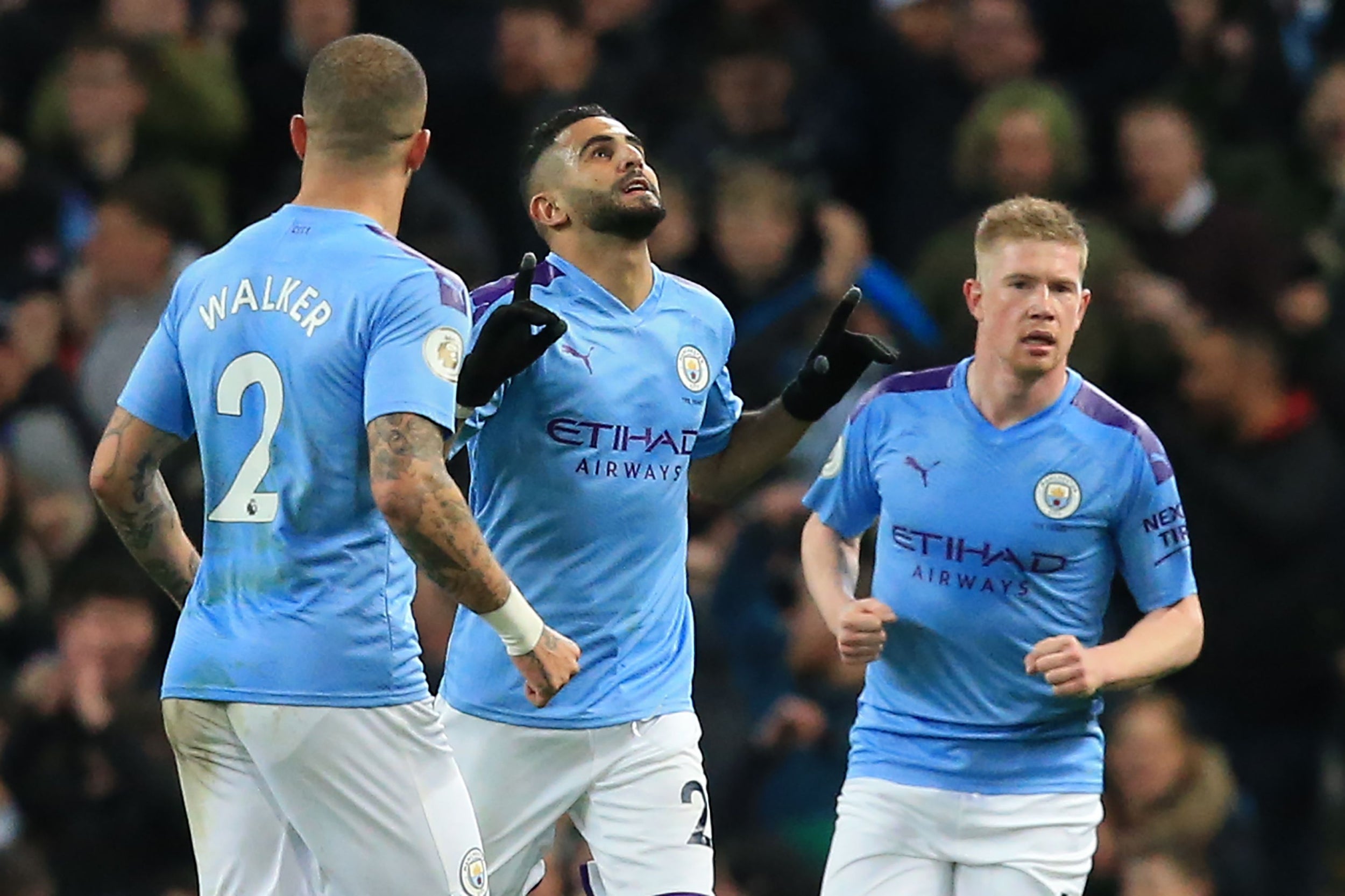 Manchester City secured a statement win – but Liverpool will be the ones cheering loudest.

Despite playing in the Club World Cup in Qatar, Jurgen Klopp’s Premier League leaders saw their advantage at the top untouched.

Leicester remain their closest challengers – a full 10 points behind having played a game more – while reigning champions City are 11 adrift.

And even if a 3-1 win confirmed that Pep Guardiola’s side remain the only team who could yet hold out any hope of halting Liverpool’s relentless charge towards the title, realistically their race ran out of steam long ago.

Guardiola will not give up, so long as it remains mathematically possible to catch the Merseysiders, but it is inconceivable that the champions-elect would blow their advantage from here.

This was at least a game to keep them honest for a little while longer.

Leicester have suffered defeats at Anfield and Old Trafford this season – but neither Liverpool nor Manchester United gave them the type of going over that a rampant City did.

Goals from Riyad Mahrez and Ilkay Gundogan put the home side ahead at half time after Jamie Vardy’s opener. And Gabriel Jesus rounded off the scoring after the break.

But City’s victory should have been so much more emphatic.


Kevin de Bruyne was unplayable, while Mahrez tormented his former teammates. This was City of old and the City that has been on view at times this season.

But this is also the team that have been beaten on four occasions already this season – and looked so susceptible to Vardy’s pace on the counter.

As brilliant as they were, there is no guarantee they can maintain those levels on a consistent enough basis to take advantage should Liverpool slip up.

That said, the suspicion is Klopp would have preferred a Leicester win, if any, at the Etihad.

He’s already witnessed City’s ability to chase down a sizeable lead when denying his side last season. The sooner their challenge can be truly killed off, the better.

As outstanding as Leicester have been this season – and their incredible title triumph just three years ago notwithstanding – no one realistically expects them to keep up with the pace the leaders are setting.

Yet they had City scared for a period, taking the lead against the run of play after 22 minutes.

It was a moment that highlighted their deadly threat on the counter – and City’s own frailties.

Kyle Walker was marooned in the opposition half by time Vardy burst past Fernandinho – leaving the Brazil international with no hope of catching him. His dinked finish was class.

Had he been equally as accurate shortly after, Leicester might have been out of sight, but instead he fired high from the angle.

Mahrez, who was excellent, was fortunate to get City back on level terms after half an hour, when his low effort took a deflection off Caglar Soyuncu and left Kasper Schmeichel stranded.

Gundogan then fired City ahead from the penalty spot two minutes before half time after Ricardo Pereira bundled over Raheem Sterling.

The points were secured by another moment of brilliance from De Bruyne. Skipping past Soyuncu, he swept a ball across the face of goal that Jesus met at the far post on 69 minutes.

Guardiola recognised the importance of keeping whatever pressure he could on Liverpool while they were thousands of miles away.

He lived every moment on the touchline, which perhaps owed a certain amount to an emotional week that saw him lose his No2, Mikel Arteta, to Arsenal.

These are changing times at the Etihad. But even if the title is already beyond them, here was evidence that there’s life in them yet.