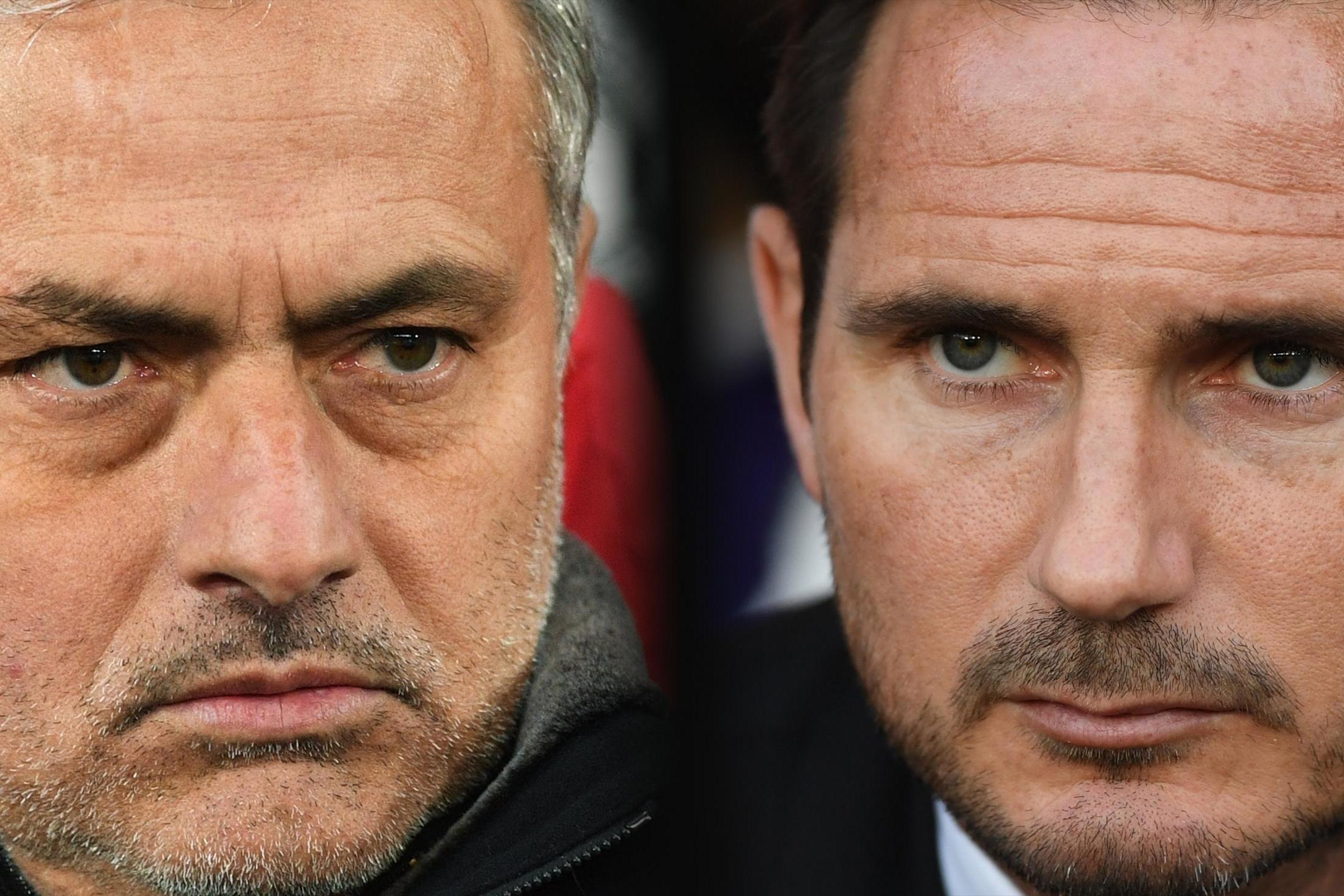 Frank Lampard is relishing a “special” reunion with his mentor Jose Mourinho at Tottenham on Sunday.

The Portuguese oversaw Lampard’s best years as a player at Chelsea and will be in the home dugout, having taken over at Spurs last month.

A trip to north London would have been ringed in red on the calendar from the day Lampard was appointed as manager at Stamford Bridge.

But add in the fact he now faces Mourinho with the Blues faltering in the League after a bright start, it is sure to be quite an occasion.

“I think it will be special,” Lampard told the BBC. “It will make a difference for me and a difference for him, because we are professionals, we are driven. And sometimes when you come across someone you worked with, that pushes you on that little bit more in the best possible way.

“And it is Tottenham vs Chelsea. That game has enough, anyway, and then you have Jose Mourinho there.

“He is going to be desperate to beat us. Of course, I want to go up against the best. When I have gone up against Pep Guardiola and Jurgen Klopp this season, you want to say, ‘Can I show against these incredible managers what I can do and my team can do?’ It will be a similar feeling on Sunday.”

Lampard has placed his faith in youth at Chelsea this season, but faces the biggest test of his philosophy. The Blues go into the match having faltered badly in the Premier League and will be leapfrogged by their rivals if they lose.

Lampard’s side had a 12-point cushion over Spurs when their former manager Mauricio Pochettino was sacked last month, but that gap has been eaten away to three points, following four defeats in Chelsea’s past five games.

How the table looked when Mourinho arrived at Spurs

In that time, Mourinho’s side have been transformed, picking up 12 points, with four wins in their past five.


With Chelsea stumbling, the confidence Lampard has shown in his young players will be put under the microscope. But the 41-year-old is not about to rip up his policy after a few setbacks and it was telling that when Chelsea needed a result in their do-or-die Champions League decider against Lyon 10 days ago, he brought in some wiser heads.

At an average age of 26.4, Lampard named his oldest starting XI since the 1-1 draw with Leicester at Stamford Bridge in mid-August.

Antonio Rudiger’s return from injury increased the average age of the team, but there was no place for Mason Mount, Reece James or Callum Hudson-Odoi, as Lampard turned to more experience.

Tammy Abraham and Christian Pulisic were the only players to start who were under the age of 25.

Chelsea beat Lyon 2-1 to secure their passage to the knockout stages and vindicate that decision.

With some of his young players struggling for form and confidence, a more cautious approach may again be required on Sunday.

During his successful spells as manager at Chelsea, Mourinho found a core of players and stuck with them.

Lampard is now looking to build something similar with a much more inexperienced squad.

His faith in them will be tested against a resurgent Tottenham as he continues to search for a first win against a big-six rival.