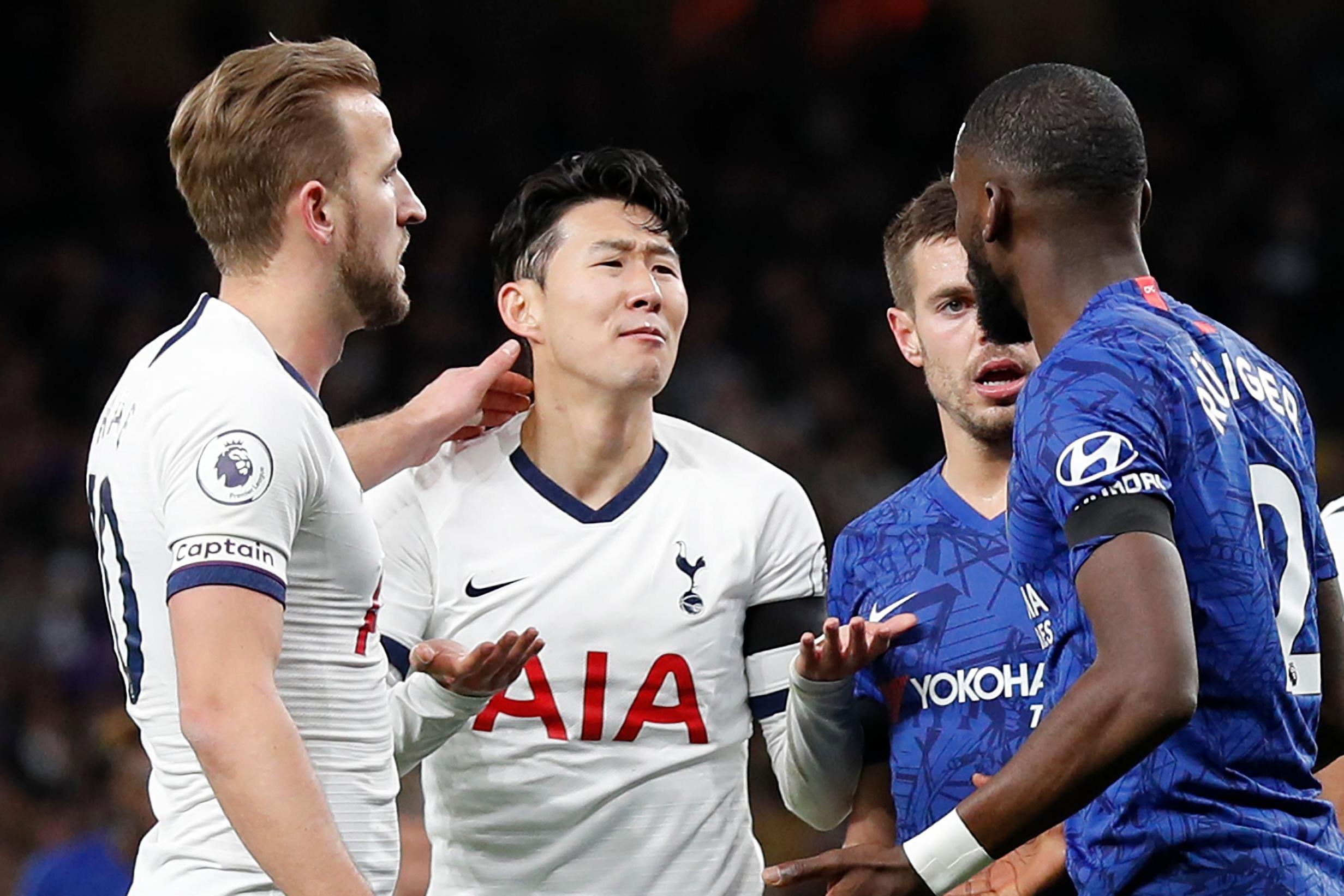 Frank Lampard has mounted a strong defence of Antonio Rudiger in the face of criticism from Jose Mourinho over Son Heung-min’s red card in Chelsea’s derby win at Tottenham.

Lampard plans talks with Rudiger on Christmas Eve to reassure the Germany star of his and Chelsea’s solidarity over the defender’s allegations he suffered racist abuse at Spurs.

Tottenham boss Mourinho told Rudiger to “stand up and play man” in questioning the Chelsea centre-back’s reaction to being kicked by Son that brought the South Korea forward a red card on Sunday.

And now Lampard has hit back at Mourinho, insisting Rudiger should be under no kind of scrutiny over Son’s dismissal during Chelsea’s 2-0 win at Tottenham.

Asked for a response to Mourinho’s criticism of Rudiger, Lampard said: “With Toni, in this incident when he’s having to post after the game about something we know is a huge deal (racism), I think to question his integrity in that time is disappointing for sure.

“Pretty universally, certainly what I heard in the commentary and the post-match reflection was that the Son incident was a red card.

“It wasn’t brutal but it was instinctive that warrants a red card in the modern day.

“It was pretty clear that was the case. I wouldn’t question Toni’s integrity on that.

“So I do defend Toni firmly on it.”