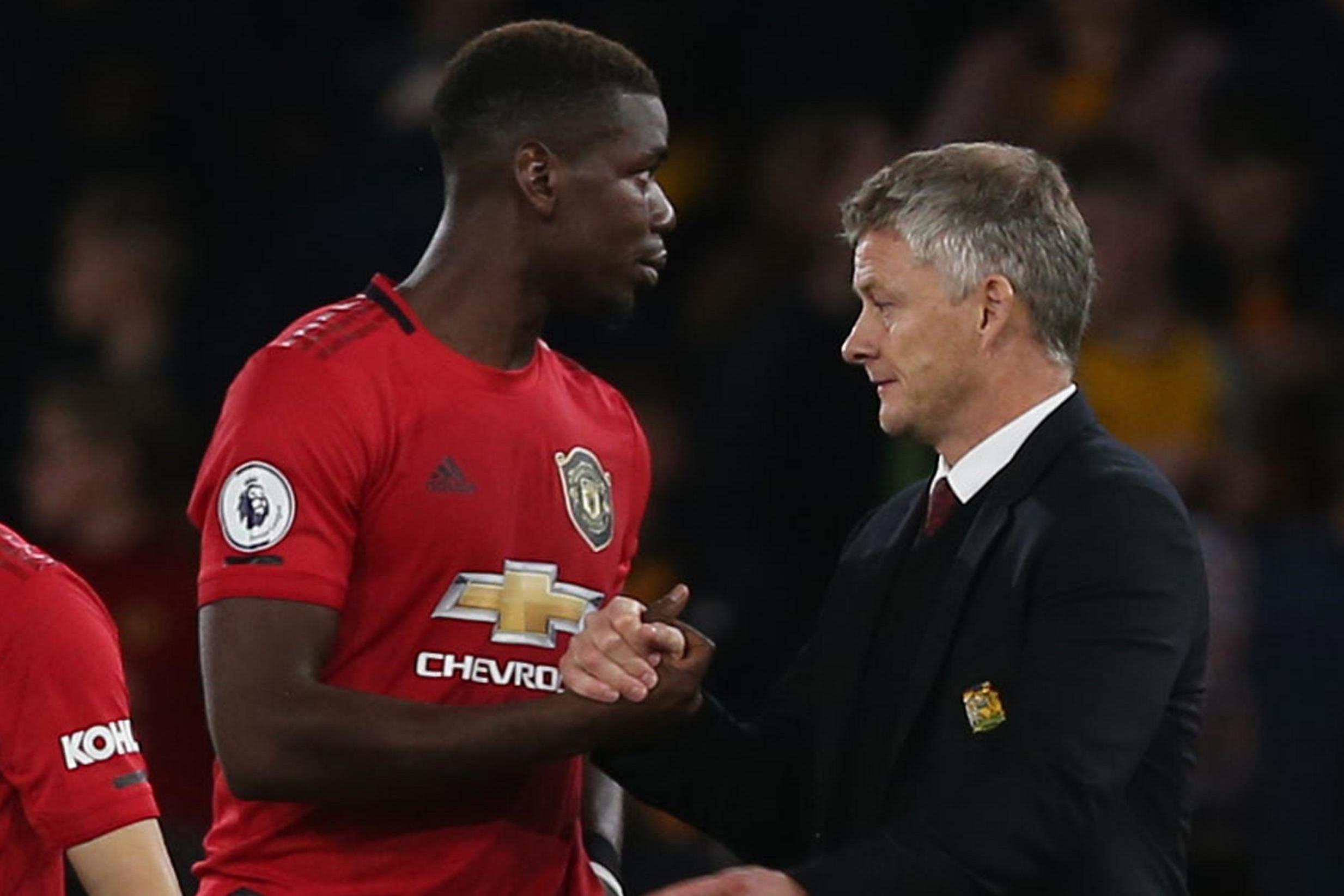 Pogba is still to recover from the ankle and foot injuries that have kept him out since September.

He will not recover in time for United’s Europa League tie against AZ Alkmaar on Thursday – but Solskjaer remains hopeful he will be back before the New Year.

And after a summer in which Pogba pushed to leave Old Trafford, with Real Madrid and Juventus both targeting him, Solskjaer is adamant he remains in his plans.

“Let’s get Paul fit first and back in form and he’ll play loads of games,” said the United manager. “For me he’s one of the best players in the world and looking forward to having him back.

United will want in excess of £150million if Pogba does leave – but have also explored the prospect of an extension to his deal, which has 18 months left to run, plus the option of another year.

No one came close to meeting the club’s valuation last summer, with Real attempting a player-plus-cash deal involving James Rodriguez, which was dismissed out of hand.

While Solskjaer is desperate to get Pogba back on the pitch, the emergence of Scott McTominay and Fred has softened the blow of his absence.

The midfield pair were outstanding in the wins against Tottenham and Manchester City.

Solskjaer hailed the form of Fred, who is finally beginning to live up to his £52m price tag after such a disappointing first season at the club.

“Fred’s had the confidence of the coaching staff, me and players all the time,” he said. “This form is down to him. He’s been working really hard and he’s already grabbed it with both feet when Paul got injured.

“I’m happy to see him perform at this level and hopefully he can kick on and improve.”

Nemanja Matic is also set to boost United’s midfield options after returning from injury and is expected to be involved against Alkmaar.

Solskjaer has now challenged his players to build on the hugely encouraging results against Spurs and City – starting on Thursday night.

“Consistency is vital if you’re going to win trophies and this young team need to learn,” he said. “It doesn’t happen that you feel great every time you walk onto the pitch.

“We’ve had some games where we’ve not been able to perform as we’d like and that’s a learning curve. The young boys will improve that in the coming years and rest of the season.

“We’ve come through a sticky patch and looking brighter now.”