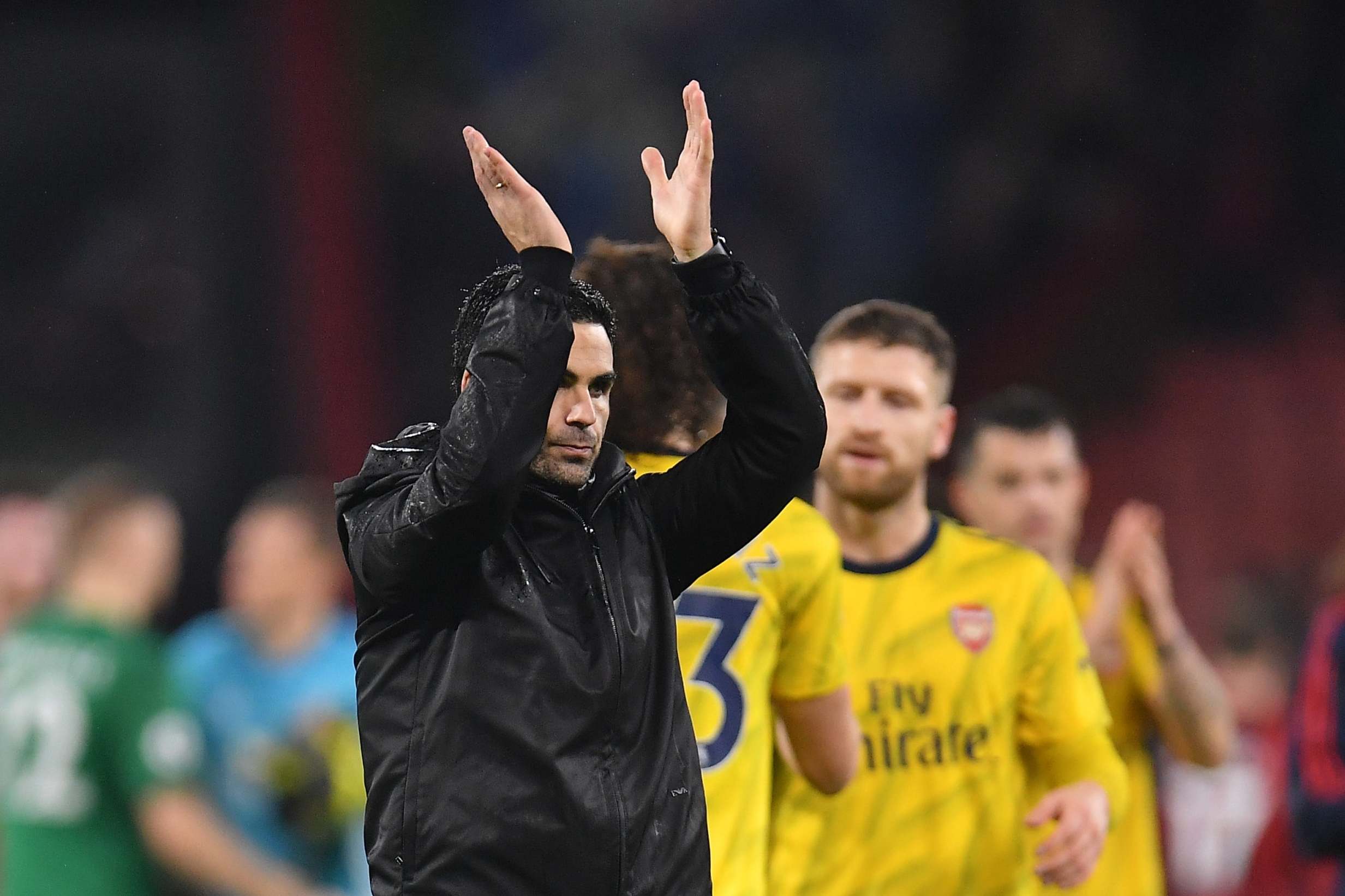 Mikel Arteta says the attitude of his players was ‘spot on’ as he made an encouraging start to life as Arsenal boss, despite seeing his side held to a 1-1 draw at Bournemouth.

The Gunners were much-improved in comparison to some of the dismal displays that earned Unai Emery the sack and saw Freddie Ljungberg pick up just one win during his interim spell in charge, and despite going a goal behind to Dan Gosling’s opener, fought back through Pierre-Emerick Aubameyang to earn a point.

They might have won it, too, with Alexandre Lacazette in particular wasteful in the final third, though they needed Bernd Leno to be in good form once again at the other end.

Afterwards, Arteta admitted that he had worried about the impact of going a goal down for a confidence-ravaged side, but declared himself pleasantly surprised at their response.

“I’m very pleased with some of the things I’ve seen in terms of attitude, character, the passion we showed, and the fight and the spirit the team showed,” he said.

“[It was] spot on, probably better than I expected over 90 minutes.

“I was worried what would have happened if we conceded a goal, and we did, and I was very pleased with the character they showed, how they came in at half-time, their faces, their reactions, how much they wanted it.

“Because normally when they are in this process and you concede a goal, belief goes down and a lot of things that have happened in the past can come back.

“And it didn’t happen, it happened completely the opposite side and that’s a real positive to take on board.”