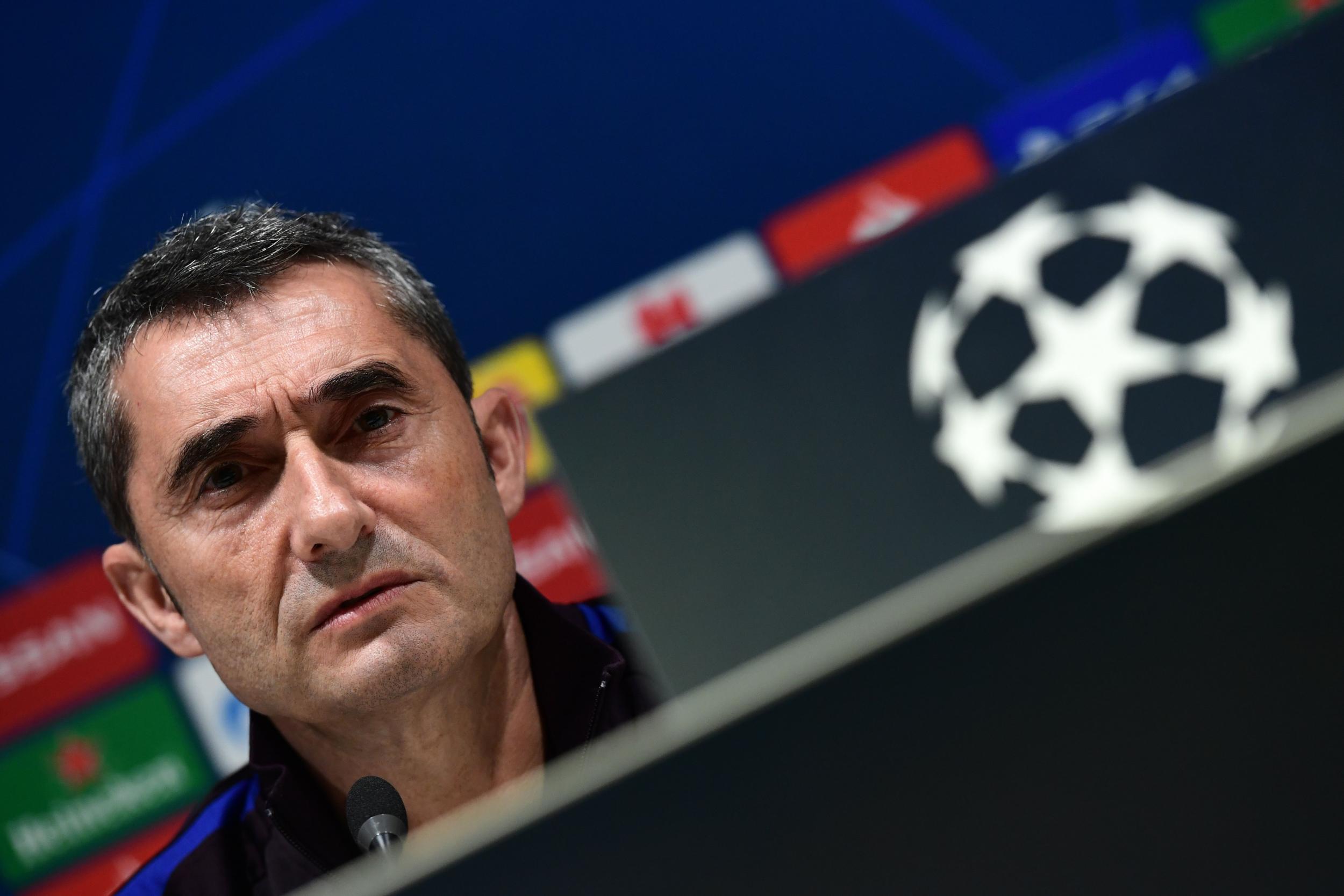 Barcelona coach Ernesto Valverde believes his side will cope without Lionel Messi against Inter Milan in the Champions League on Tuesday night and said: “We’ll still have 11 players.”

Messi was a surprise exclusion when the 20-man squad was announced on Monday, the Argentine attacker rested for a game in which Barca have nothing to play for, with top spot in Group F already secured.

Asked in his pre-match press conference what the idea would be without the six-time Ballon d’Or winner, Valverde said: “When Leo’s not here, we still go out there with 11 players.

“He is decisive, but it’s not the first time he is missing and our intention is to maintain our style of play and our competitiveness. And that’s how it will be.”

The Barca captain hit a brilliant hat-trick in his side’s 5-2 win over Mallorca on Saturday and has been on fabulous form since returning from a thigh injury which saw him miss the start of the season.

“The coach makes the decisions he sees fit,” Valverde said. “We have played a few games in a short space of time and, taking into account what we have ahead of us, I decided he wouldn’t come.”

After the Inter game, Barca are in action away to Real Sociedad in La Liga on Saturday, before a crunch Clasico clash at home to Real Madrid next Wednesday.

“Messi has been rested and that is that,” he said. “We have important games ahead and I have decided that some players wouldn’t come.”

And he added: “Last year we played a great game here. Without Messi, by the way.”

That was a 1-1 draw in which Malcom hit a late equaliser. Messi travelled for that match, but was ultimately left out of the matchday squad as he had not fully recovered from a minor injury picked up against Sevilla.

“Last year, he was in the squad but ended up being left out,” Valverde said. “And three days later, there was a game against Betis and he played.

“We know what Messi means to this team, but we have played with him and without him. Sometimes it has gone well, sometimes not. We’ll see tomorrow.”