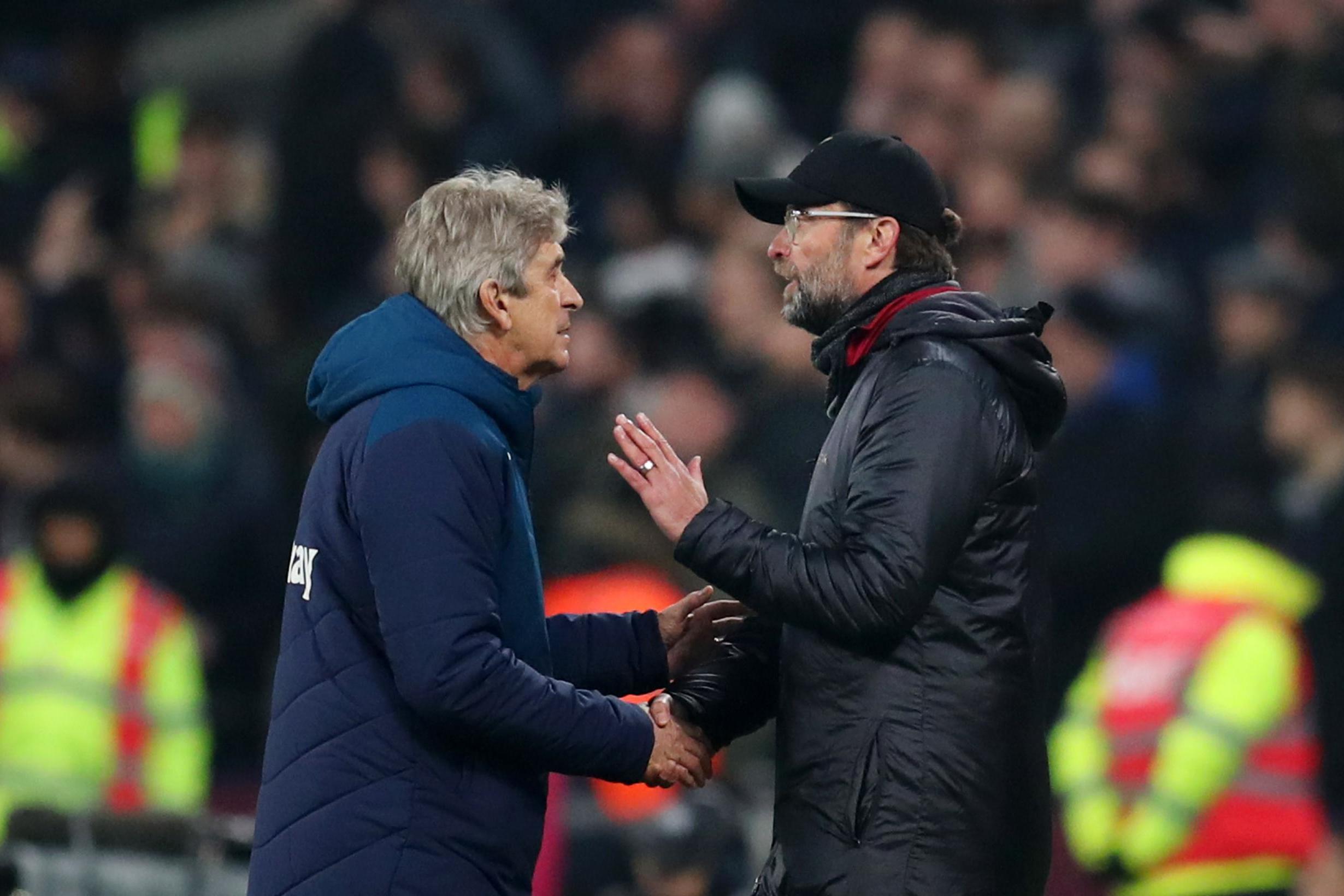 Liverpool’s postponed Premier League fixture against West Ham has been rescheduled to take place on January 29.

The Reds were due to head to the capital on December 21 to face Manuel Pellegrini’s side but their participation in the Club World Cup in Qatar resulted in the fixture being postponed.

The rearranged fixture will now take place at the London Stadium on Wednesday, January 29 with a scheduled 7.45pm kick-off time.

The Merseyside outfit have struggled to find a gap in their congested schedule with manager Jurgen Klopp revealing his fury at his side’s lack of time between games.

But the game has now been sandwiched in between their trip to Wolves at Molineux on January 23 before a home game against Southampton on February 1.

But there could be further complications if Liverpool beat city rivals Everton in the FA Cup third round clash, with the fourth round fixtures likely to take place in the same week as their rescheduled clash with West Ham.

Jurgen Klopp’s side returned home from Doha as world champions after beating Flamengo in the final and followed that up with an emphatic 4-0 win over Leicester City to move 13 points clear.

Their opponents could well have a new manager by the time the two sides eventually meet, with Pellegrini under pressure after a 2-1 defeat by Crystal Palace on Boxing Day left the Hammers down in 17th just above the relegation places.