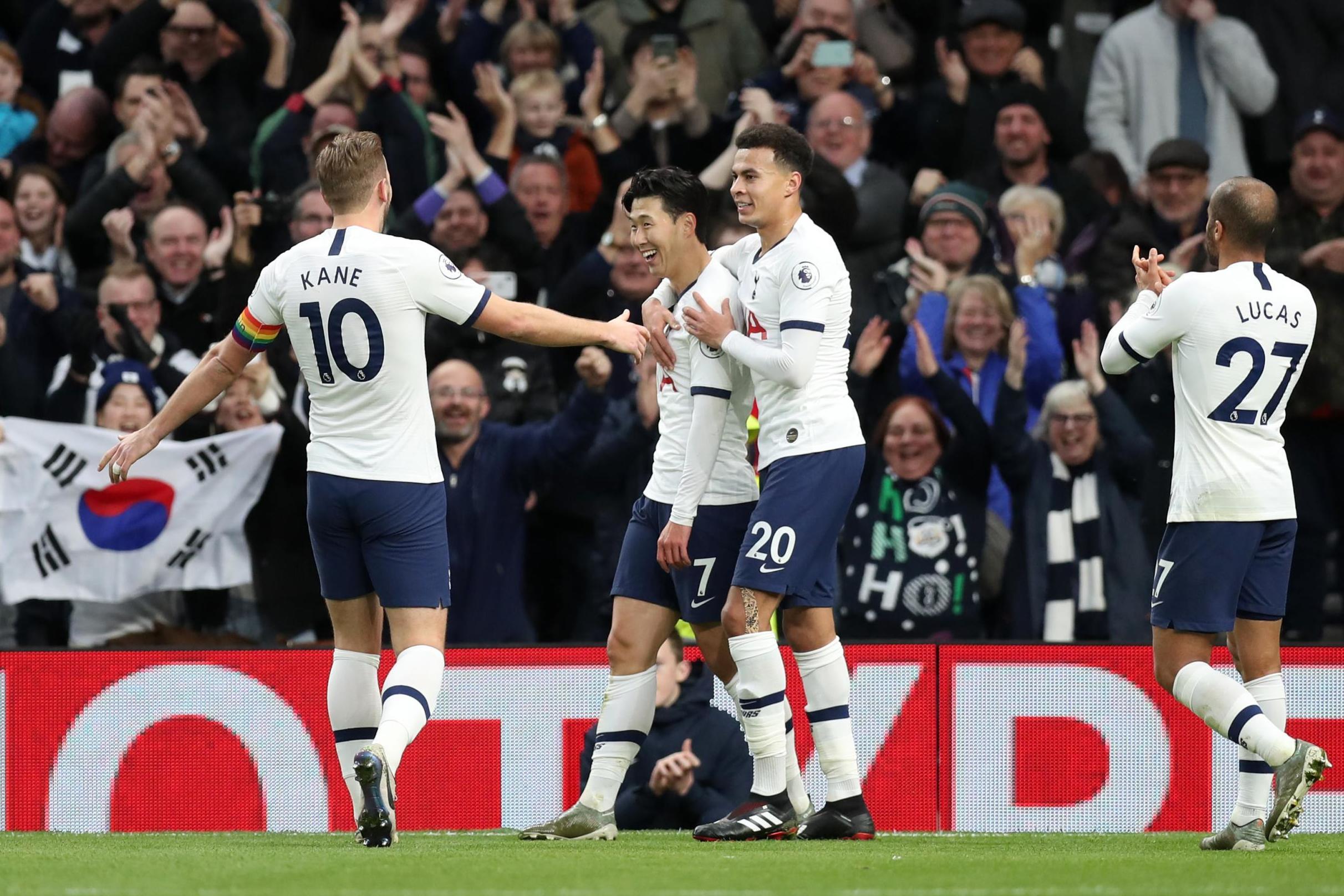 Heung-min Son scored a goal-of-the-season contender as Tottenham thrashed Burnley 5-0 to close the gap on the Premier League top four.

Son scored the pick of the bunch as Spurs dominated at the Tottenham Hotspur Stadium, with a brace from Harry Kane along with goals from Lucas Moura and Moussa Sissoko putting Jose Mourinho’s side six points behind fourth-placed Chelsea.

The South Korean beat Nick Pope after a 90-yard run which saw him beat six Burnley players – and another twice for good measure – to put Spurs 3-0 up.

Kane’s opener was hardly a tap-in either, riffling home from 35-yards out.

Lucas Moura was on hand to score Tottenham’s second, after Son’s effort was tipped upwards by Pope, nodded on by Dele Alli before the Brazilian tapped home.

Sean Dyche’s side started the brighter after the restart, albeit without causing the Spurs defence too much concern.

The Clarets had the lion’s share of possession in the first five minutes or so, and when Kane went down awkwardly clutching his ankle, there was cause for concern amongst the Tottenham fans.

There needn’t have been.

Not only did the Spurs captain stay on, he scored a second moments later – lashing the ball past Pope into the top-left corner of the goal.

Spurs had conceded two goals in each of their four matches under Mourinho before today, and they looked intent on keeping their first clean-sheet since they beat Crystal Palace by the same scoreline in the middle of September.

But that determination didn’t blunt their attack. Sissoko scored his second in as many league games at home after linking up well with Kane before toe-poking the ball past Pope.

Despite saying he’d rest players for the midweek trip to Bayern Munich, Mourinho didn’t waste the chance to blood some youngsters here.

Ryan Sessegnon and Oliver Skipp were both brought on in the second half, before Troy Parrott was handed his Premier League debut, replacing Dele Alli for the final five minutes of normal time.

The win, and Tottenham’s first clean sheet under Mourinho, takes Tottenham up to sixth – six points behind fourth-place Chelsea.