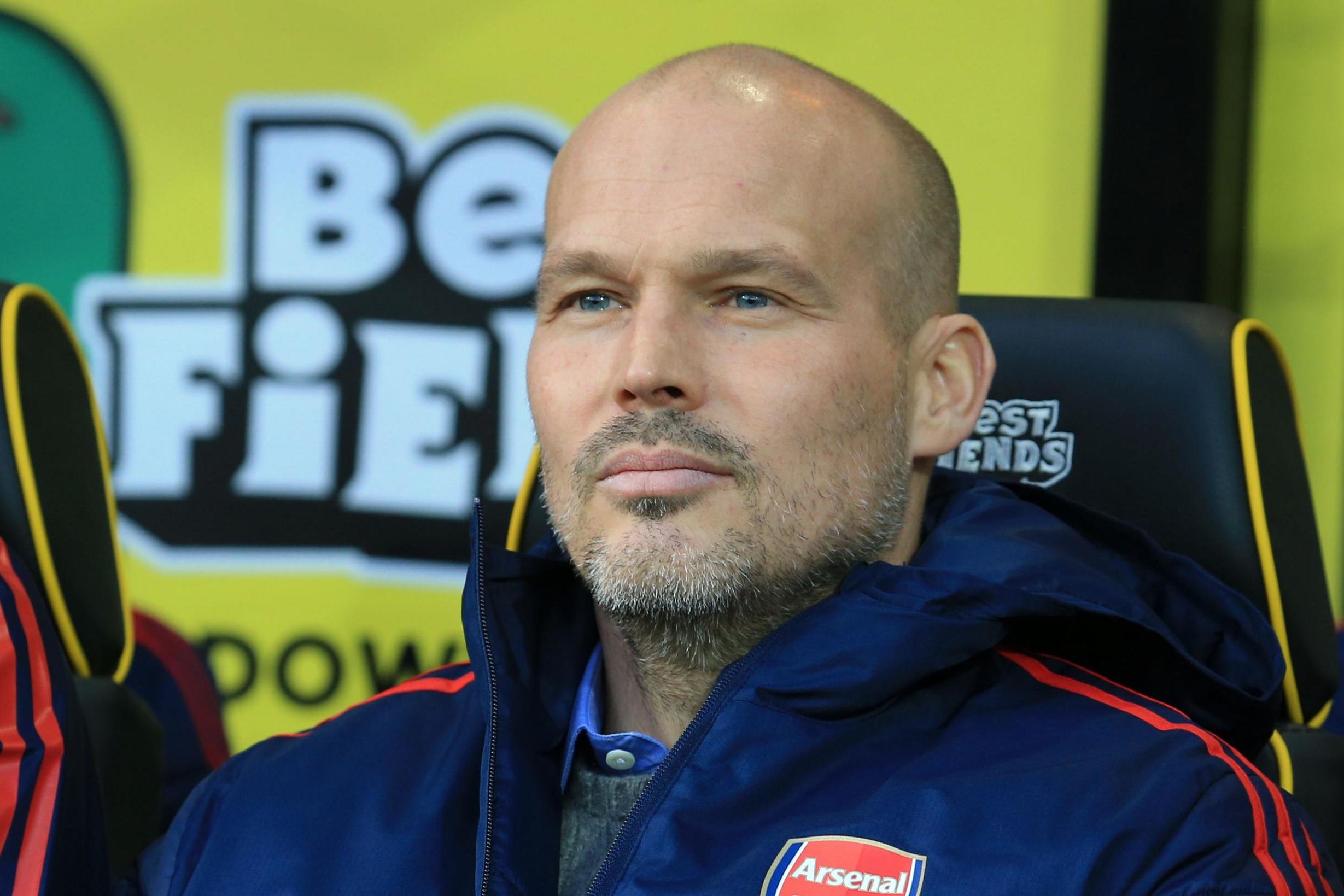 Freddie Ljungberg has told his players the only way to get the fans back onside is by performing on the pitch.

Arsenal are on their worst run of form since 1992, with Sunday’s 2-2 draw at Norwich making it eight matches ­without a win. The atmosphere at the Emirates ­Stadium has turned sour and last ­Thursday’s 2-1 defeat by Eintracht Frankfurt in the Europa League was played in front of a half-empty crowd.

That match proved to be Unai Emery’s last in charge and he has been replaced by interim head coach Ljungberg.

The former Arsenal midfielder’s appointment should give everyone a lift at the Emirates for Thursday night’s game against Brighton, but the Swede believes it is down to the players to get the fans cheering again.

“The only way to change an atmosphere in the stadium is by how you play,” said Ljungberg. “The fans were amazing at Norwich. They got more and more energy the more we played in the first half. We were on top and the Arsenal fans got energy from that.

“Even when we went 1-0 down and then 2-1 down, the supporters were even louder and they helped us. That’s important for the players.

“When it comes to the ­Emirates, the fans want us to win games. They want us to play good football and the only way to get them going is to try to achieve that.”

Arsenal predicted XI: The starting lineup we expect to see vs Brighton


Tonight will be Ljungberg’s first match as interim head coach at the Emirates.

Brighton, who are 16th in the table, look like an ideal team to face for a home managerial debut, but the 42-year-old is not underestimating the challenge.

The visitors are coached by Graham Potter, who built his reputation in Ljungberg’s homeland of Sweden by taking Ostersunds to the top flight via three ­promotions.

“I watched them [Brighton] a little bit, they look good, they change formations a lot, so we will see what they come with,” said Ljungberg. “They try to play out, defend well and they look very organised.”