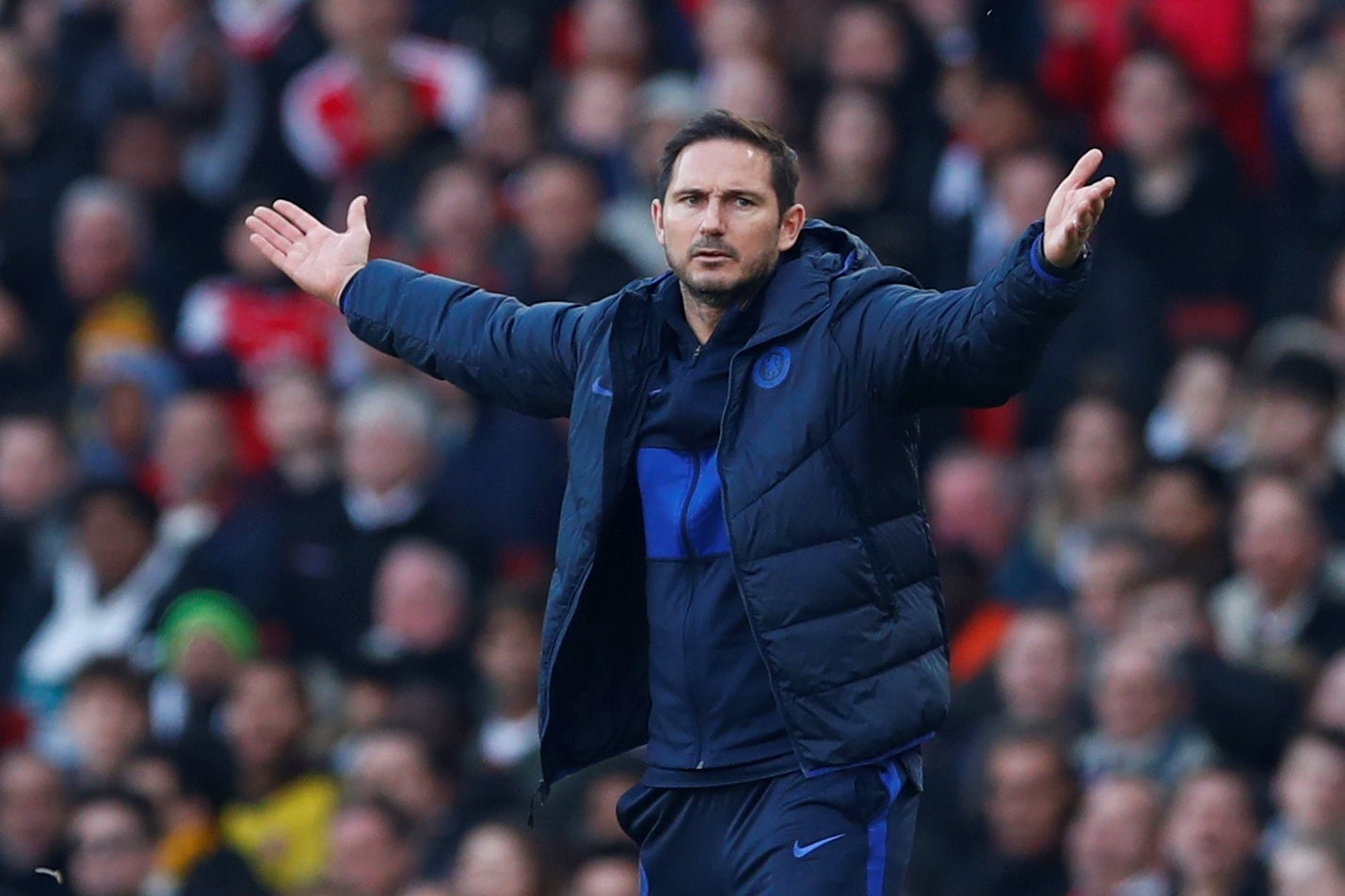 Chelsea boss Frank Lampard has revealed that an ‘aggressive’ exchange between his players at half-time helped inspire Sunday’s second-half turnaround against Arsenal at the Emirates.

For the second week in a row, the Blues left north London with three points, having come from a goal down to beat Arsenal 2-1 in their Premier League clash.

That result looked unlikely at half-time, with the Gunners more than value for the 1-0 lead given to them by Pierre-Emerick Aubameyang, but an improved showing after the break saw goals from Jorginho and Tammy Abraham earn the win.

While the decision to hook Emerson and send on Jorginho midway through the half would eventually prove key, Lampard revealed that a half-time inquest had been just as important.

“I like that,” Lampard said. “And there should be [an inquest] because you don’t want 11 quiet players who just get on with it and just want to trot out again.

“I said my piece and was pretty firm because you can’t just come here and have nothing about you and think you’re going to get anything.

“We’re Chelsea and we can’t just roll up and not feel like the 3,000 fans who have travelled across London to watch the game. Then the lads starting talking and it was a bit aggressive which is a good thing.”