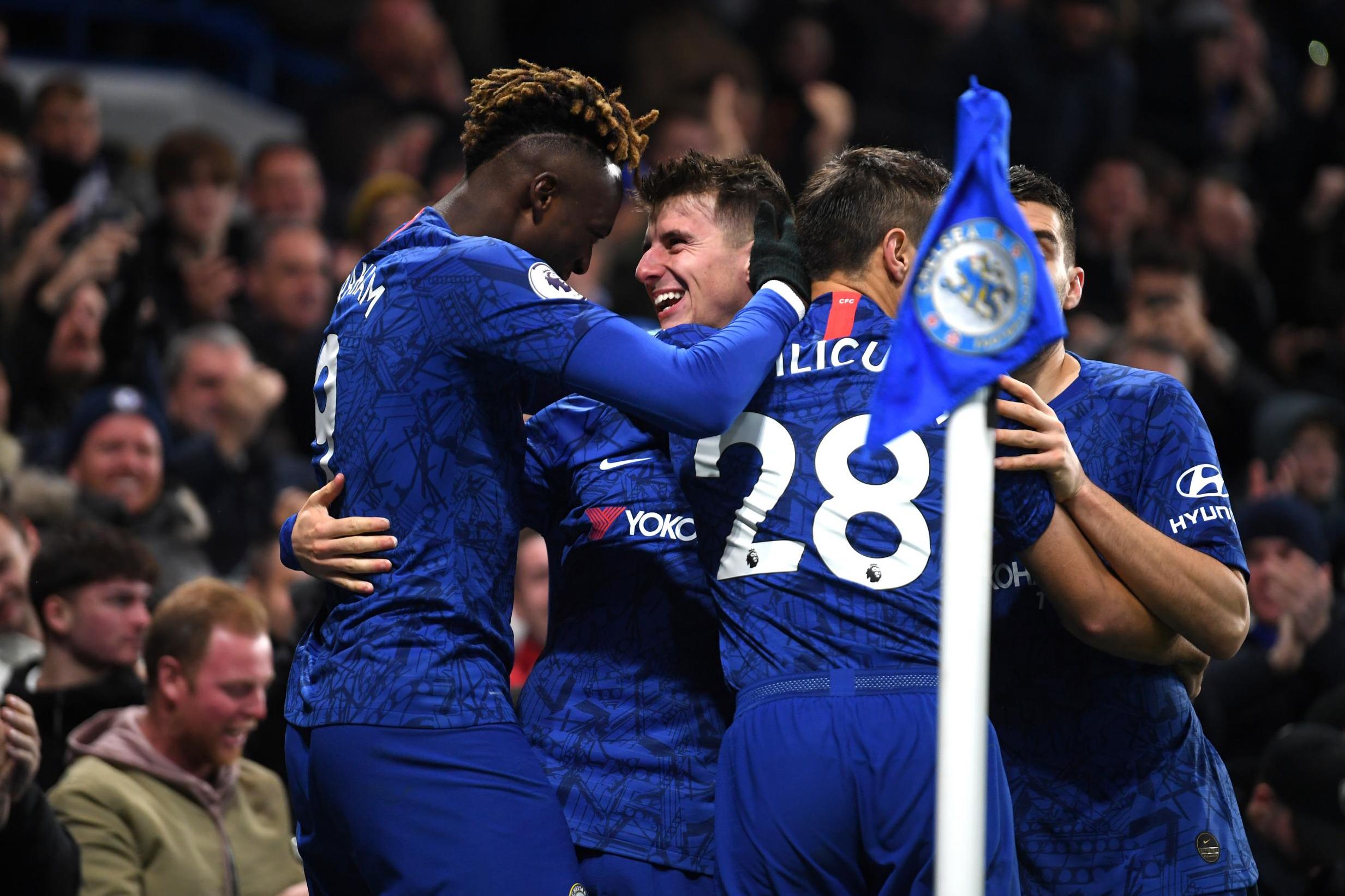 Tammy Abraham was passed fit to face the club where he spent a season on loan having recovered from a bruised hip as Frank Lampard made five changes from the side that lost 1-0 to West Ham here on Saturday.

It was also a warm welcome back to Stamford Bridge for club legend John Terry, now assistant manager of the opposition.

After a scrappy start between the two sides with neither keeping the ball particularly well, Willian had the first chance. Christian Pulisic carried the ball through the middle and laid it off to the Brazilian, who saw his powerful shot parried wide by Tom Heaton.

Chelsea continued to press in waves of attacks and got their reward when Reece James curled in the cross and Abraham rose high to head past Heaton under no pressure.

The visitors responded well with Jack Grealish beginning to become influential in the game. But it was the quietest man on the pitch who got them back on level terms.

A lovely passing move from Villa saw the ball sent out wide to Ahmed Elmohamady and the Egyptian curled in a fine cross to Trezeguet, who somehow bundled it into the corner from close range just four minutes before the break.

The goal came as a blow to Chelsea so close to the break but just three minutes after the interval, they got themselves back in front – and in some style too. Abraham chested down a cross into the box into the path of Mason Mount, who hit a thunderous volley into the roof of the net to end a run of six league games without a goal.

Chelsea had their tails up and kept Villa camped on their edge of their own box as they took turns to test Heaton. On the hour mark, the England stopper denied Pulisic and then Willian.

The Brazilian was then unlucky to see his 25-yard free-kick superbly tipped onto the post by Heaton as the Blues struggled to find a third that would kill off the game.

Abraham then came off injured with a knee problem to a standing ovation from both fans, a situation which would’ve concerned Lampard, but his work was done.

With five minutes to go, Villa gave it one last push and had their chances to equalise with Douglas Luiz twice going close and Elmohamady firing over. But that was as close as they came as Chelsea held on to secure their first win in four games.