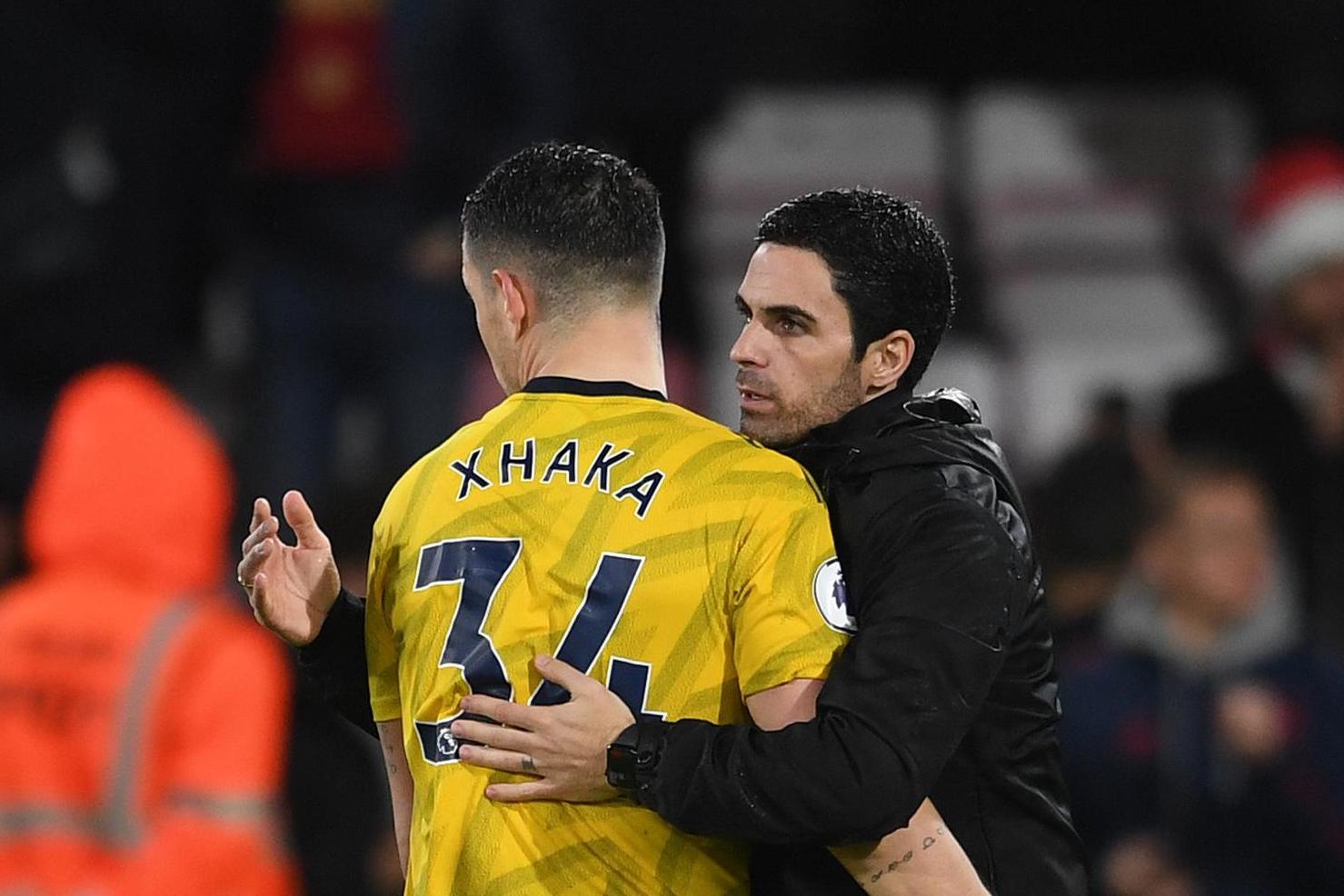 Mikel Arteta insists he wants Granit Xhaka to stay at Arsenal as the new boss bids to revamp the Gunners.

Swiss midfielder Xhaka missed Sunday’s 2-1 home defeat by Chelsea due to illness, but has a number of European clubs reportedly still monitoring his situation ahead of the January transfer window.

Xhaka was stripped of the Arsenal captaincy in October after reacting angrily to being booed by Gunners fans.

Hertha Berlin are said to be pushing hard to prise the 27-year-old away from north London, but Arteta maintains he wants Xhaka to stay put.

Asked whether he wants Xhaka to leave, Arteta replied: “I hope not.

“He played at Bournemouth, he played really well, he was very committed, he played a really good game.

“After the game he started to feel ill. He had a temperature and he wasn’t feeling good.

“The last two days he was in bed. That’s why he wasn’t been selected.”