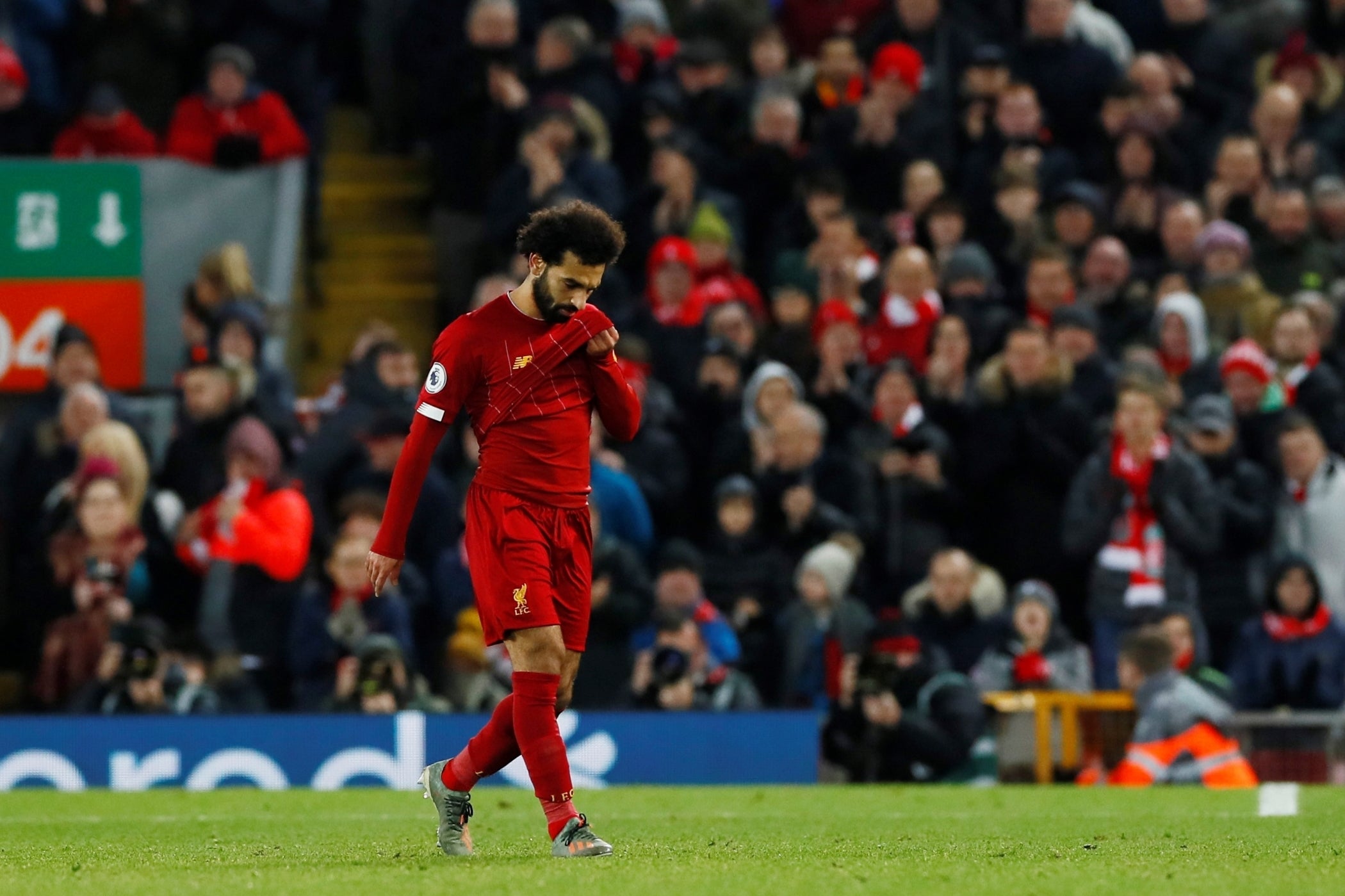 Emile Heskey believes Mohamed Salah is paying the price for returning too early from his recent ankle problems.

But the former Liverpool striker insists the Egyptian is still more than capable of producing a ‘moment of magic’ to down Everton at Anfield on Wednesday.

Having suffered a recurrence of an ankle injury prior to the international break, Salah has been feeling his way back into form since returning against Napoli last week.

On the forward’s performance across those last two games, Heskey told Standard Sport on behalf of GentingBet: “He hasn’t particularly played too well in the last couple of weeks, injuries take their toll.

“This is footballers sometimes, to our detriment at times we just want to be out there playing but you need to rest your body.

“When you’re coming back off a period before your injury where you were on fire, everybody expects you to do the same again.

“But you need a couple of weeks to get yourself back in, especially if you haven’t trained fully.”

Still, Heskey is well aware that Salah is capable of suddenly rediscovering his best when the struggling Toffees cross Stanley Park.

He added: “He’s the type of player who you could look at him [struggling] but then, the next minute, he can put in a performance and you’re like, ‘That didn’t go to plan, did it?’

“You know what Mohamed Salah’s like, he can produce that one moment of magic that just lights up the game and then you’re 1-0 ahead.


“Everton have got to be on their toes all the time.”

Liverpool sit a whopping 26 points ahead of their Merseyside rivals at the summit of the Premier League with just 14 games played.

But Marco Silva’s side can at least take encouragement from the fact that their opponents on Wednesday have yet to keep a home clean sheet all season.

That said, Heskey isn’t convinced that this issue is particularly damaging to his former club given their tendency for outscoring an opposition.

He continued: “They’re a very attack-minded team, so sometimes you can be left a little bit light at the back as well.

“You can have one full-back crossing the ball and the other having a shot in the same move.

“When we were playing, it was generally when one attacks the other one covers round and helps out.

“It is great to see and great to watch for spectators and they’re still getting their goals, so they’re doing something right.”

GentingBet are offering customers the chance for two people to win a holiday of a lifetime to Singapore. 18+ begambleaware.org.

Toure reveals why Kanu did not inspire him at Arsenal