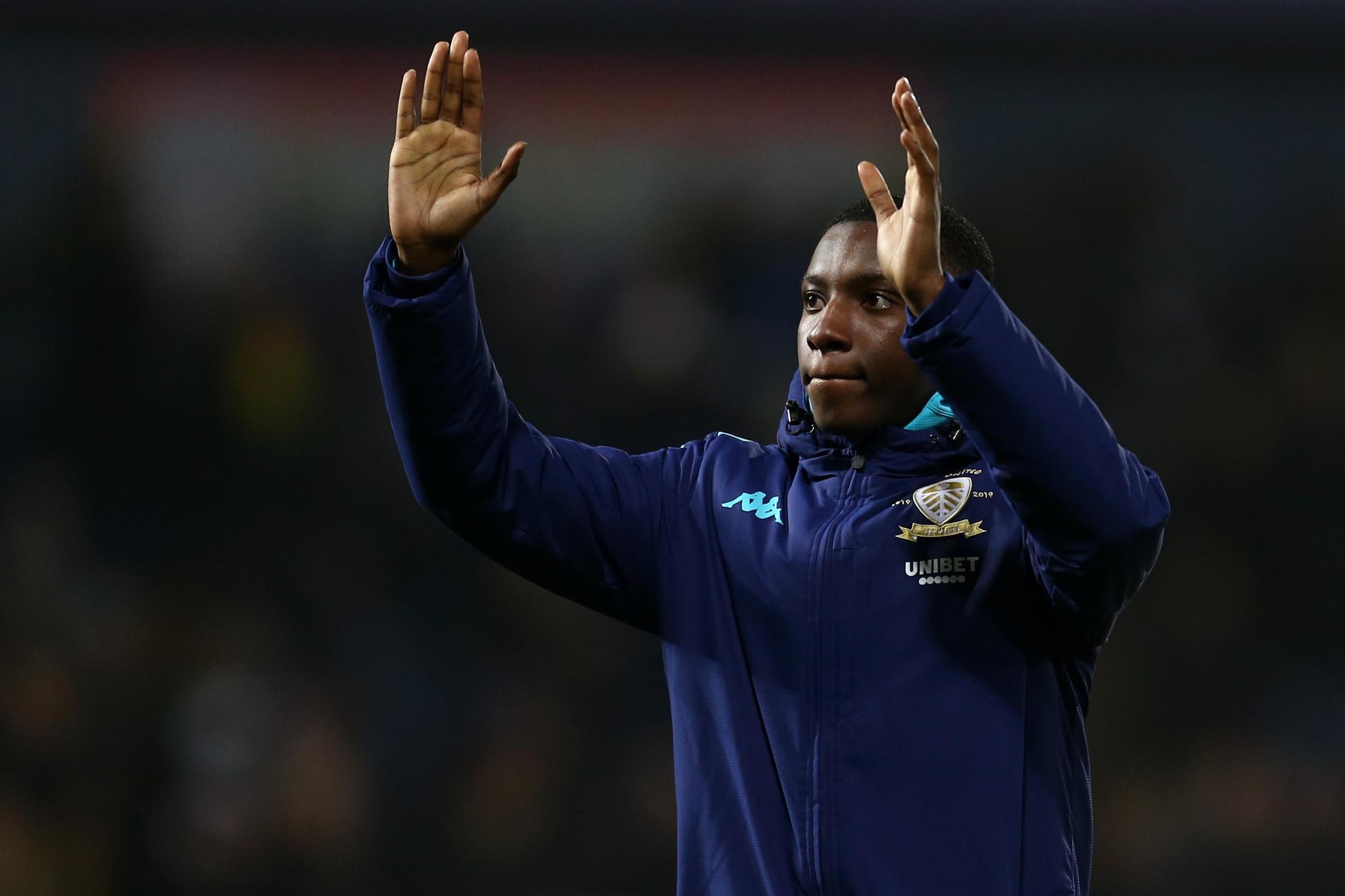 Eddie Nketiah will return to Arsenal after being recalled from his loan spell at Leeds United, Marcelo Bielsa has confirmed.

The England Under-21 international made just his second start for Leeds in the Championship during Wednesday’s 1-1 draw at West Brom, but was replaced at half-time by Patrick Bamford, who grabbed the equaliser for the league leaders.

Nketiah made 19 appearances and scored five goals in total during his temporary switch to Leeds.

Bielsa said: “Arsenal have informed he will not continue with us and we are sorry for that.

“Eddie arrived at Leeds when the Championship had started and had to spend time adapting to our style.

“He didn’t take this decision, but he’s a great player, excellent professional and had very good behaviour – a gentleman in every sense.”

The 20-year-old also took to social media to confirm the news, he wrote on Twitter: “Unfortunately my time Leeds has come to an end.

“It’s been an amazing experience and a privilege to play for such an amazing club. I would like to say a big thank you to my team-mates, the coaching staff and the manager for making my time here an enjoyable one.

“Lastly, a big thank you to all the wonderful fans for taking to me so quickly. I wish the club all the best and I’m sure you’ll get to the promised land.”

Bielsa and Slaven Bilic both accepted that a point apiece was a fair reflection of the match.

The battle of the top two in the Championship began with a bang when Semi Ajayi put the hosts ahead within two minutes.

Leeds fought back in the second half, though, and Bielsa reaped instant rewards after introducing Bamford – he levelled things up after 55 minutes.

Bielsa said: “We should have won the match, but also we could have lost the match. How we managed the game was very good, but there were chances in both boxes.

“Maybe our chances were a little more possible and after we built some situations we couldn’t finish in a chance.

“Nketiah did something to their centre-backs and Bamford took advantage of the exhausted centre-backs due to Nketiah’s work.

“Also Bamford, for his physical characteristics, worked better against their defenders.

“Two sides played the match, no speculation, without violence. We keep within the rules. Nobody wanted to take advantage or use the rules to get an advantage. A team with good intentions, they play differently to us.

“They have great strikers. We managed the match, but we could not avoid them creating chances.”

CHAN 2020 Qualifier: Home-Eagles To Face Togo In Agege As Imama...