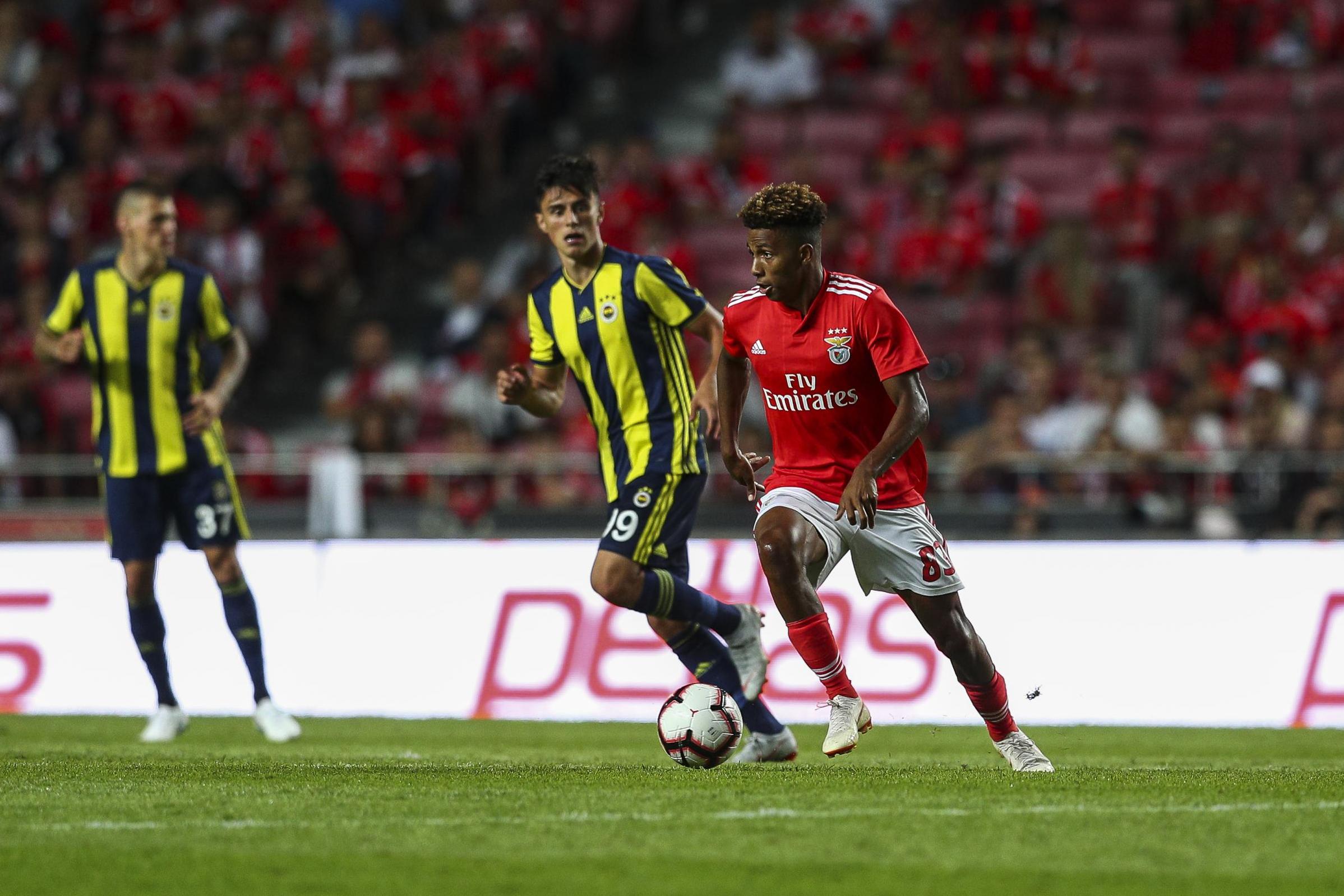 West Ham are interested in a January move for Benfica midfielder Gedson Fernandes.

New Hammers manager David Moyes wants to sign a central midfielder this month and has confirmed Fernandes is among their potential targets.

Fernandes is a 20-year-old Portugal international who has been linked with Manchester United.

Moyes said: “I do not think I would say we are in deep talks. He is a name that has been mentioned alongside many others names. If we can strengthen the squad I would like to do so but it would only be for the players we think are correct.

“He comes into the category [of player we are looking for]. We want to add a player in that department and trying to get the right one in January would never be easy for anybody. If we could add one to the group then it would help us.

“If good players are available, there are no doubts me and the owners will be looking at them.”

Moyes has revealed West Ham are likely to wait until the end of the season before bringing in a new director of football to replace Mario Husillos.

Moyes is still finalising his backroom staff but Stuart Pearce is unlikely to join the coaching set-up.


Pearce worked with Moyes during his period spell at the London Stadium but the Scot said: “We have considered Stuart really strongly but I think this time it is more likely probably not Stuart this one.”

West Ham face Gillingham in the FA Cup on Sunday.

Lukasz Fabianski missed training on Friday but Moyes said the Pole will start the game if he is fit. Moyes is set to name a strong team at Gillingham and plans to take the FA Cup seriously. Mark Noble and Aaron Cresswell are injury doubts and unlikely to be risked, while Michail Antonio remains out.

Moyes said: “I want to do as well as I can in the FA Cup. I know it is important for West Ham to be competing in it and it is my intention to compete the best I can. We will go into it and give it a good. The FA Cup is joint-equal with trying to get as high up the Premier League as we can.”