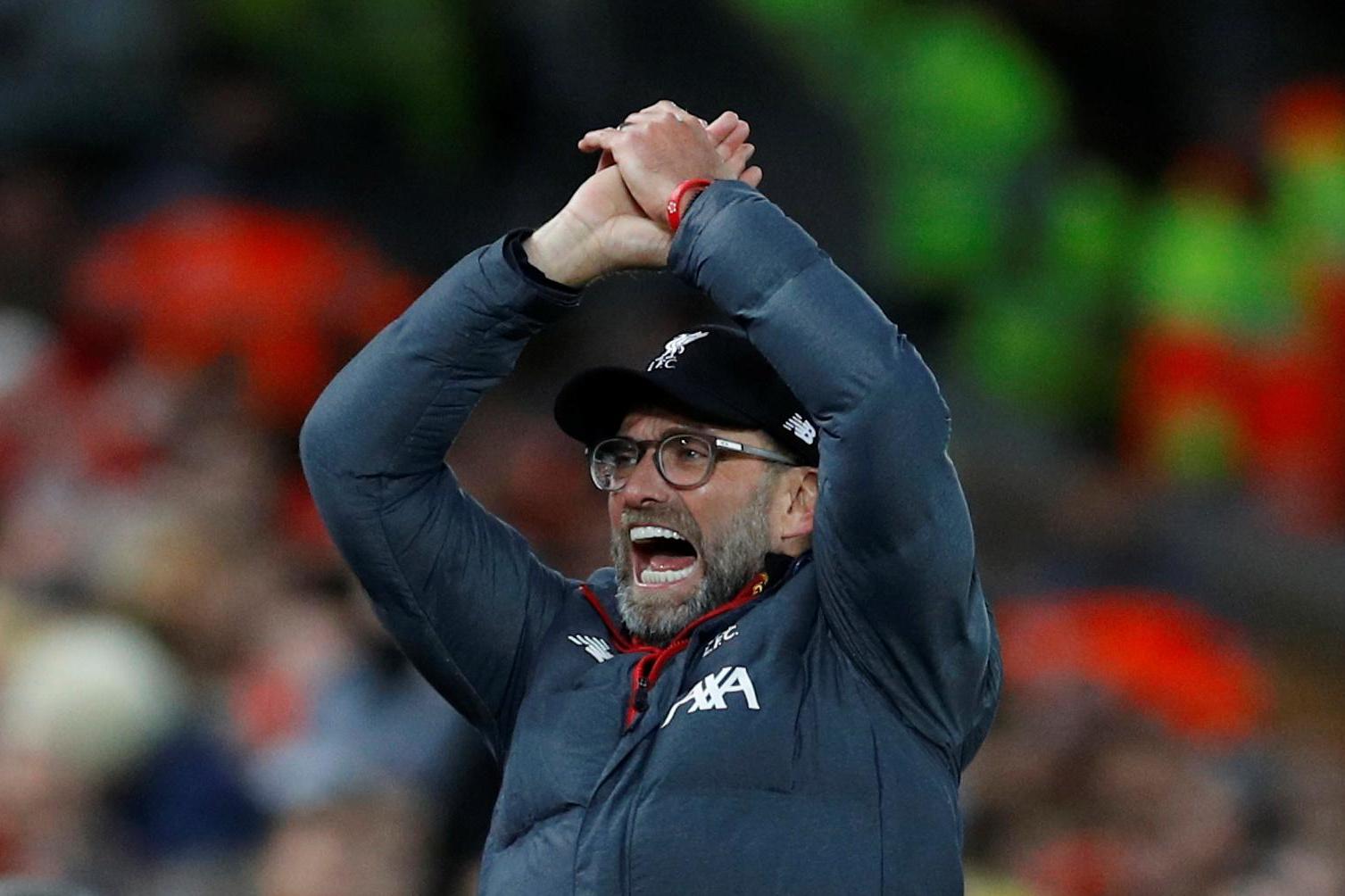 Jurgen Klopp described how he ‘loved each second’ of Liverpool’s latest Merseyside derby success after a much-changed team beat Everton 1-0 in the third round of the FA Cup.

With the Reds having only brought the curtain down on a packed festive fixture list on Thursday, Klopp felt compelled to make nine alterations to his team for the visit of their local rivals.

That saw teenagers such as Harvey Elliott and Curtis Jones introduced to the line-up while another, Yasser Larouci, was introduced with just six minutes gone as a result of an injury to the most experienced man on the field, James Milner.

However, there was no sense of panic from the youthful hosts as they successfully navigated a testing first 20 minutes before claiming a memorable and deserved win over the Toffees through Jones’ brilliant second-half strike.

And that led to Klopp waxing lyrical about his youngsters and fringe players in his post-match press conference.

The German said: “I saw a sensationally good performance from a not very experienced team, with a lot players for the first time playing on this stage in front of this crowd and this type of opponent.

“It was outstanding. I loved each second of the game.

“It was a bit too wild in the first half – that’s completely normal. If you try to show respect to our principles it can happen it gets a bit wild.

“Football wise in a lot of moment it was brilliant, defensive wise, especially organisation, was brilliant, the press and counter-press absolutely incredible.

“Then we scored this goal, they had three big chances and we know that. Adrian class, absolute class.

“We controlled the game in a lot of moments, even the chances they had we weren’t outplayed, we lost the ball or played a bad pass. That’s not cool, but can happen.

“Each individual performance was outstanding.”

Klopp went on to hail his matchwinner Jones, who became the youngest player to score in a Merseyside derby since Robbie Fowler in March 1994.

The Reds boss has no doubt the Scouse midfielder will go on to deliver on his huge potential and play many games for the club.

He added: “Let me speak about Curtis. Unbelievable player, Scouser, very confident, can’t wait to play in the first team. Rightly so.

“He is in a very good way, I’ve known him for three-and-a half years. He was made big steps, he will be a Liverpool player if nothing strange happens 100 per cent.

“I’m not surprised he scored that kind of goal. He has still things to learn and improve, but you sometimes forget, and we forget it in training, that he is only 18. Unbelievable.

“In Germany, because of a different system, he would play 100 per cent another year in the youth team and nowhere else. Here is around the first team.”