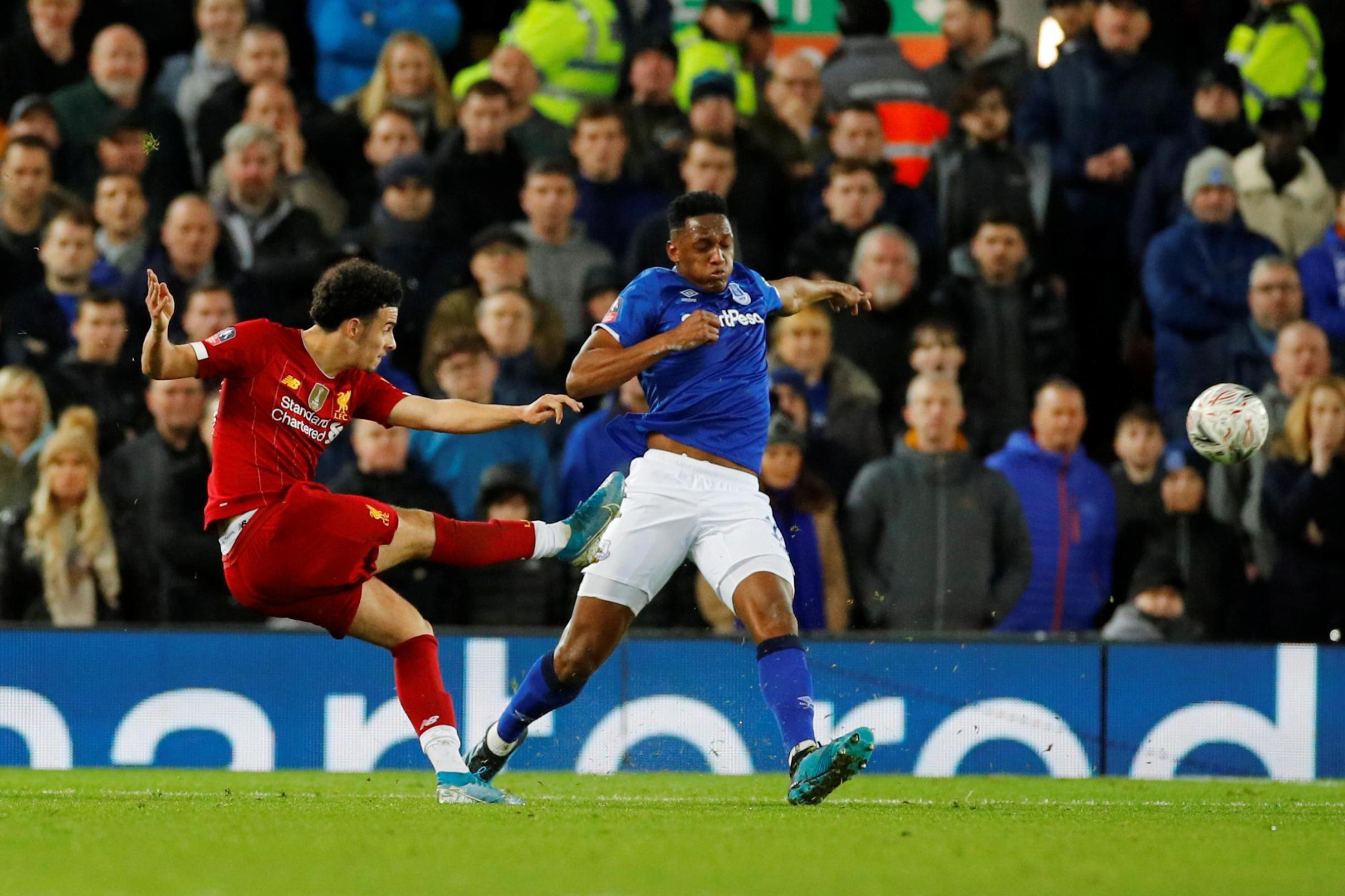 If you had to pick a way to score your first senior goal, a wonder strike in a cup derby in front of your home crowd wouldn’t be a bad way to start.

Curtis Jones was named in Jurgen Klopp’s starting lineup as an under-strength Liverpool hosted rivals Everton in the third round of the FA Cup at Anfield on Sunday.

Jones, 18, had only made five previous appearances for Liverpool before Sunday’s Merseyside derby, and picked the perfect time to announce himself to the Liverpool faithful.

With the match finely poised as neither side was able to find goal in the opening 70 minutes, Jones found some space out on the left-hand side outside the penalty area.

Seizing the opportunity, Jones proceeded to whip a stunning, curling effort beyond Jordan Pickford into the top left-hand corner of the Everton goalkeeper’s net to spark scenes of wild celebration at Anfield.

Standard Sport’s Liverpool correspondent David Lynch was at Anfield for the match, and said of the goal: “I’ve seen Curtis Jones play a lot better than this but that goal shows exactly what he’s got in his locker: world-class quality.”