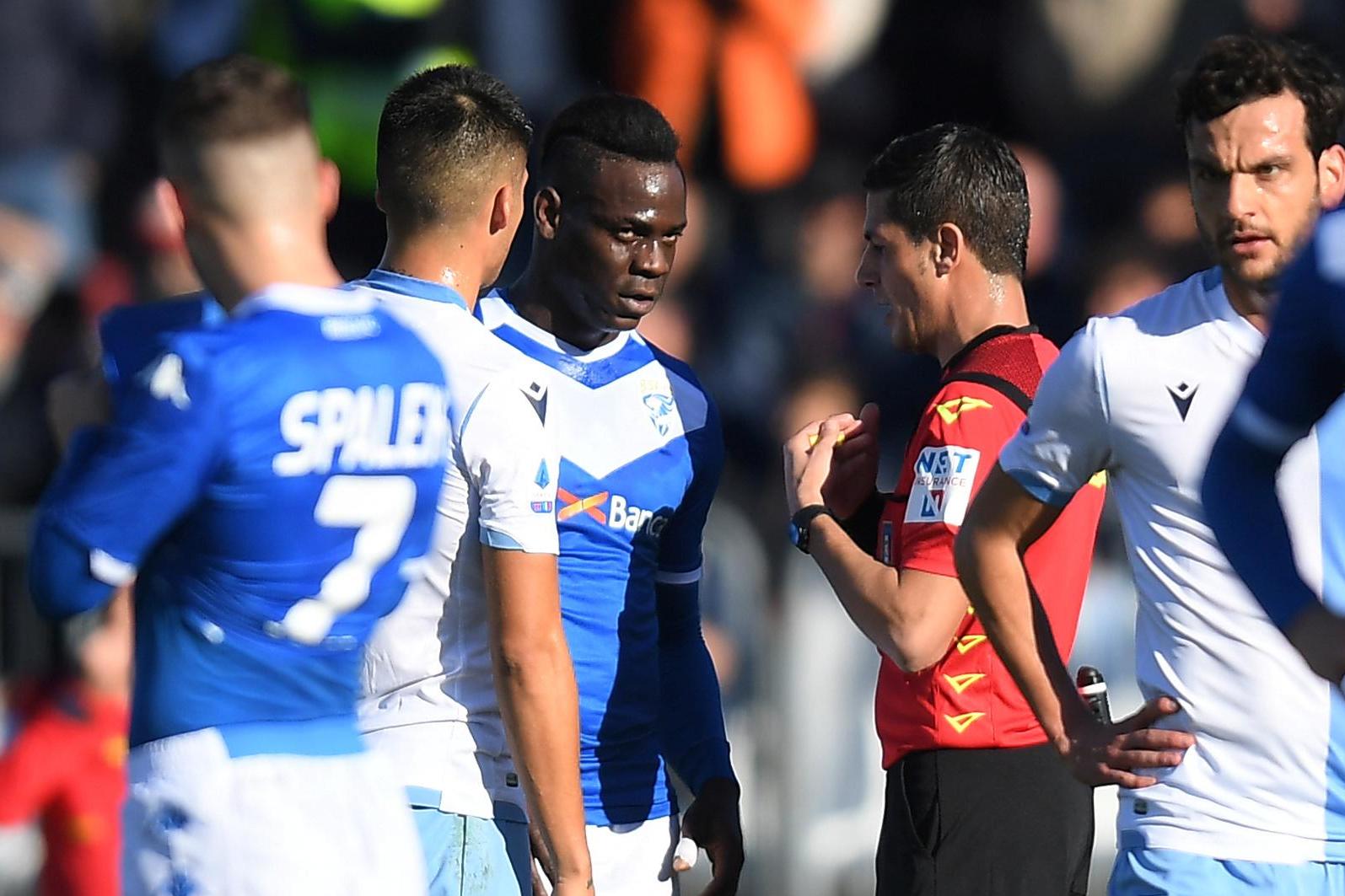 Mario Balotelli was once again the target of abuse in Serie A, with the striker facing alleged racist chants during Brescia’s 2-1 home defeat to Lazio on Sunday.

The match at Stadio Mario Rigamonti was halted for a few minutes shortly after the half-hour mark and an announcement was made on the stadium’s Tannoy system, while Lazio coach Simone Inzaghi gesticulated to the visiting fans to stop.

Brescia was leading 1-0 at the time following a goal scored by Balotelli, who had also been subjected to abuse earlier in the match.

Balotelli posted a video of his goal on Instagram after the match and wrote: “Lazio fans that were today at the stadium SHAME ON YOU! #saynotoracism”

The 29-year-old was the target of racial abuse earlier this season when he threatened to leave the field due to racist chants directed at him by Hellas Verona fans during a match in November.

Racism has been a problem all season in Italy with offensive chants aimed at Romelu Lukaku, Franck Kessie, Dalbert Henrique, Miralem Pjanic, Ronaldo Vieira and Kalidou Koulibaly as well as Balotelli.

All of the players targeted — except for Pjanic, who is Bosnian — are black, and many of the incidents have gone unpunished.