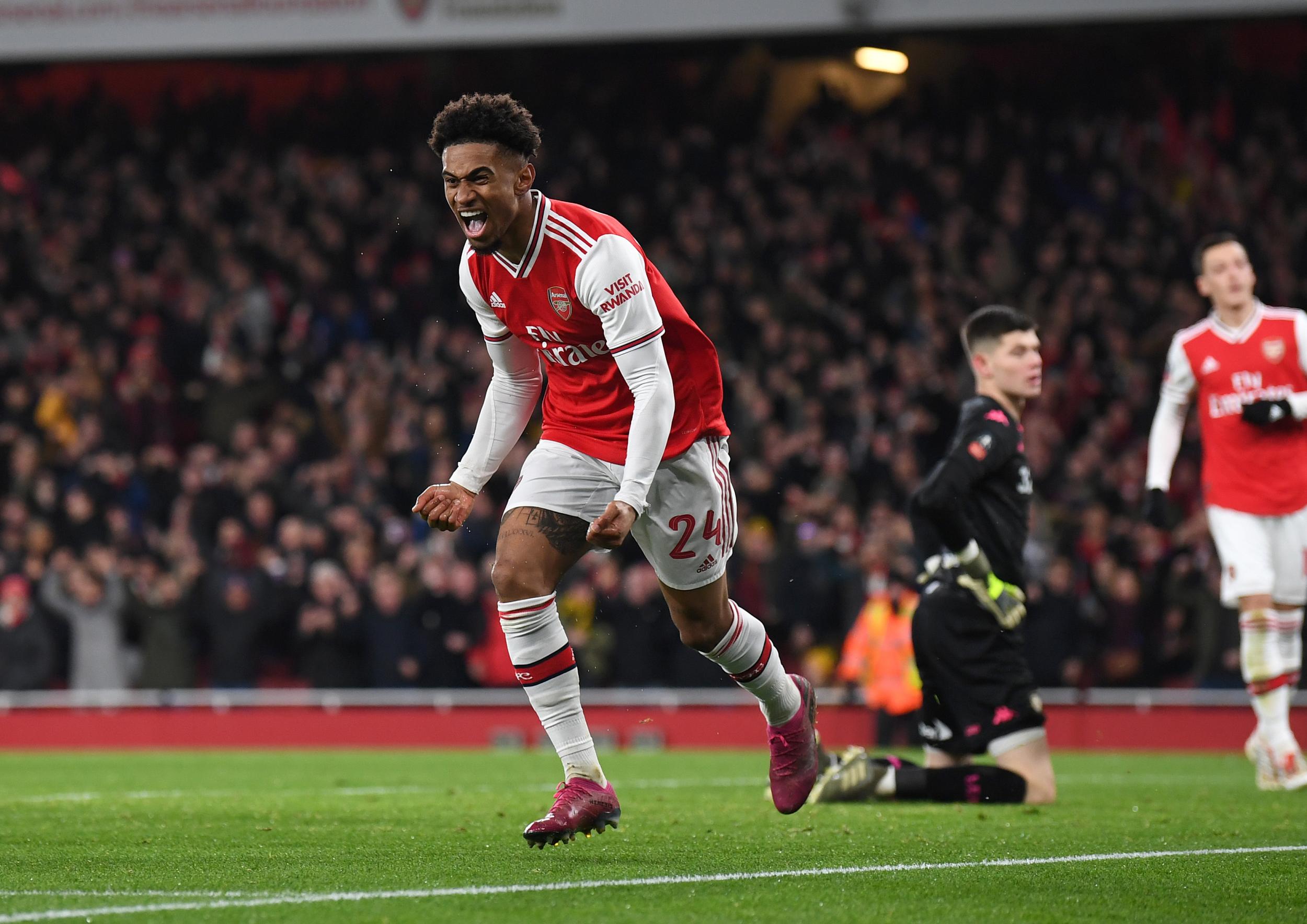 Reiss Nelson has praised Mikel Arteta for showing his “aggressive side” after the Arsenal head coach gave his team a half-time dressing down during their FA Cup victory over Leeds.

Arsenal won 1-0 thanks to Nelson’s second-half goal, but they were outplayed by the Championship leaders in the opening 45 minutes.

Leeds finished the first half with over 60 per cent of the possession and 15 shots on goal and could have been two or three ahead.

It sparked a reaction from Arteta at the break, with Arsenal striker Alexandre Lacazette saying the Spaniard “shouted a lot”.

The outburst worked as the Gunners improved and Nelson praised Arteta’s assertive approach.

“I think that’s good,” said the winger. “As a coach you always need to have the aggressive side and the side where you give love as well. He just said that we weren’t playing the way we should be playing. Mikel is a manager who wants to play with a purpose. He said we needed to be more aggressive and we did that in the second half. We showed more fight and character. We went out and did what we were supposed to do.

“In training he is always asking us to press with passion and play with purpose. We saw that at times.”

Arteta is clearly targeting the FA Cup after naming a strong side that saw just four changes from the one that beat Manchester United on New Year’s Day.


Mesut Ozil and Nicolas Pepe started, but it was Nelson, 20, who proved the matchwinner with only his second goal for Arsenal, which sets up a trip to Bournemouth.

“It was kind of a flukey finish, but we will take them all, they all count,” he said. “The emotions are high. They played well in the first half, but of course Leeds are a great team and they pressed us. We didn’t expect it.

“In the second half we played with a real purpose. The team came out ready to go and showed we could create a lot of chances.”

Nelson has been a regular for the Gunners since Arteta was appointed, starting three of the Spaniard’s four games in charge.

It is a strong show of faith from Arteta, who believes Nelson has the potential to go far.

“He’s asking the right questions, I know about his ability. I’ve known him since I was here and I coached him when he was 16,” said Arteta. “I know his potential and now he needs to put things away. I think he needed that goal as well for his confidence.”