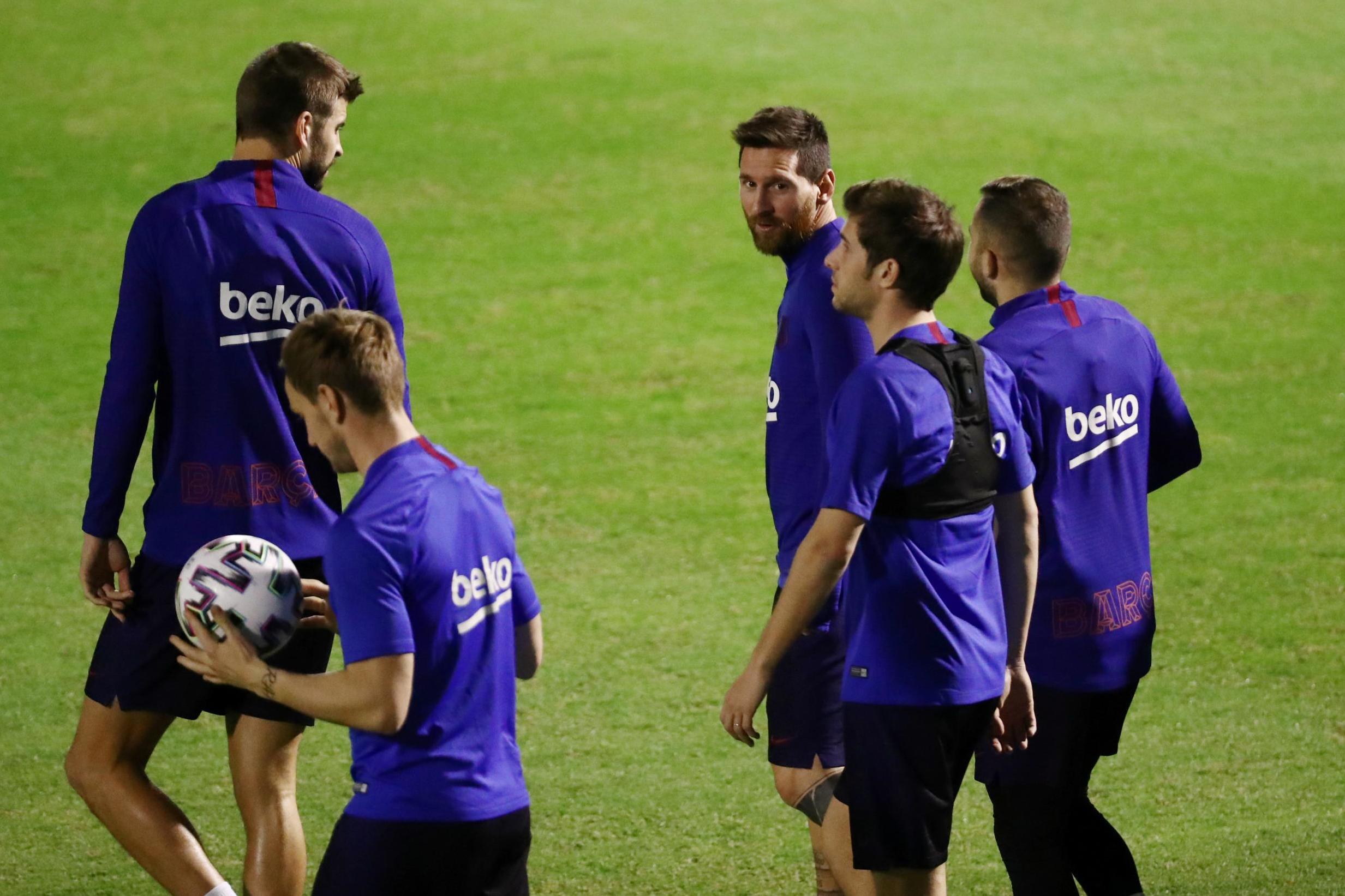 Barca are without Marc-Andre ter Stegen, Ousmane Dembele and Arthur Melo. ​Ter Stegen misses the trip as he continues his recovery from the tendinitis in his knee which saw him sit out Saturday’s 2-2 draw at Espanyol.

Meanwhile, Arthur is still sidelined with a pubis problem and Dembele remains absent with the thigh injury he picked up in November.

Coach Ernesto Valverde has taken a 24-man squad to Saudi Arabia for the revamped competition in Jeddah.

Young goalkeeper Arnau Tenas is included in the party as Ter Stegen misses out, with midfielder Riqui Puig and defender Ronald Araujo also included in the travelling party.

For Atletico, Koke is available again after injury, but Thomas Lemar and Diego Costa are still out and miss the trip.

Defenders Stefan Savic and Sime Vrsaljko are included, but only the former is fit enough to start

With a final against Real Madrid on offer on Sunday, both coaches have named strong starting lineups.