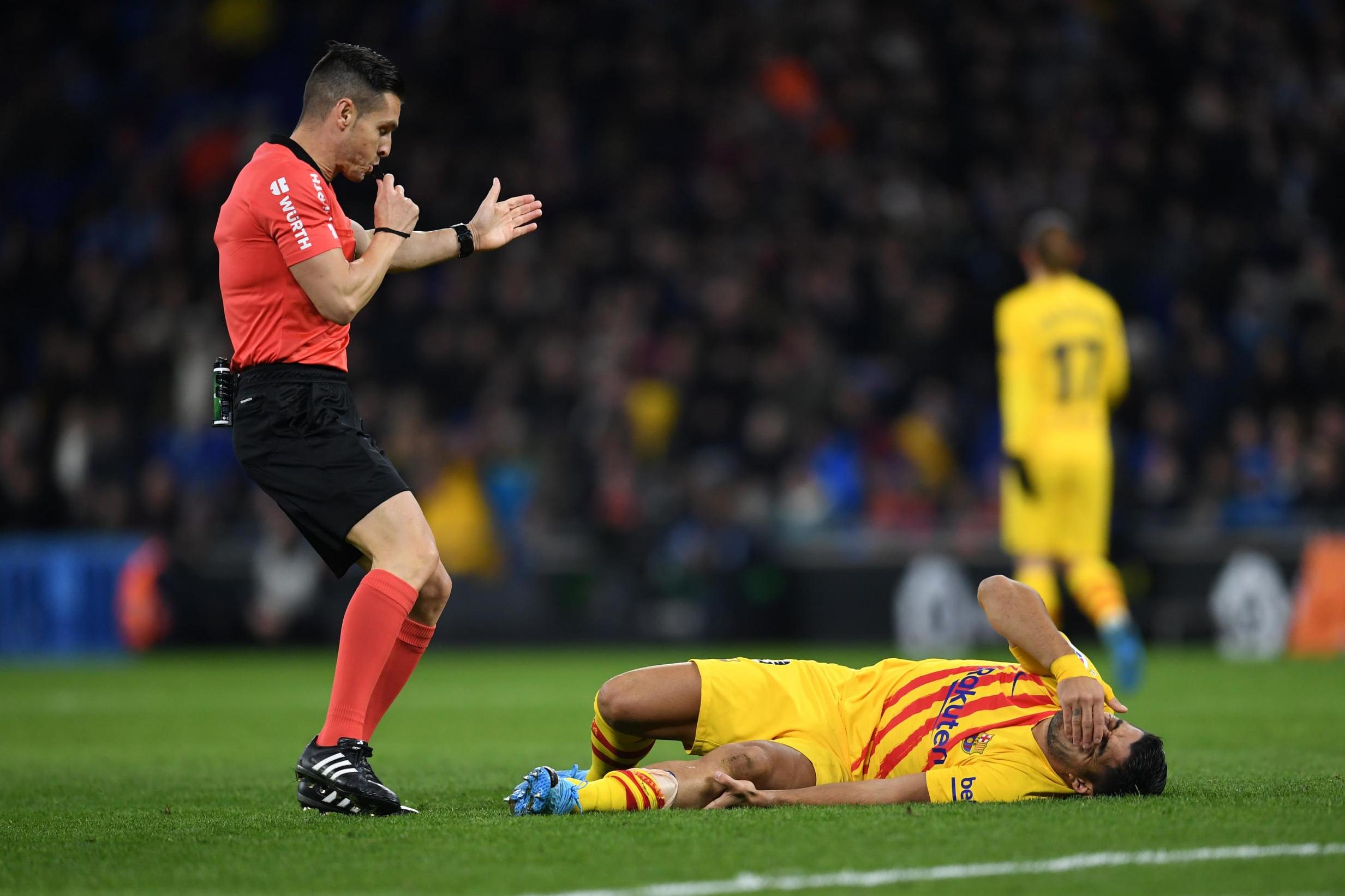 Barcelona will step up their search for a new centre-forward this month after Luis Suarez was ruled out for four months.

Suarez underwent surgery on his knee on Sunday and was expected to be sidelined for between four and six weeks, but is now set to miss most of the season.

And they added: “The Uruguayan striker will be out for approximately four months.”

Barca could use summer signing Antoine Griezmann in a central role, but with no real other centre-forward apart from Suarez at the club, the Catalans will now look to bring in a striker this January.

Inter Milan forward Lautaro Martinez is one option, but the Argentine has an €111million release clause and that might be prohibitive at this time of the season.

Uruguay striker Edinson Cavani, who is out of favour at Paris Saint-Germain, could be another alternative.