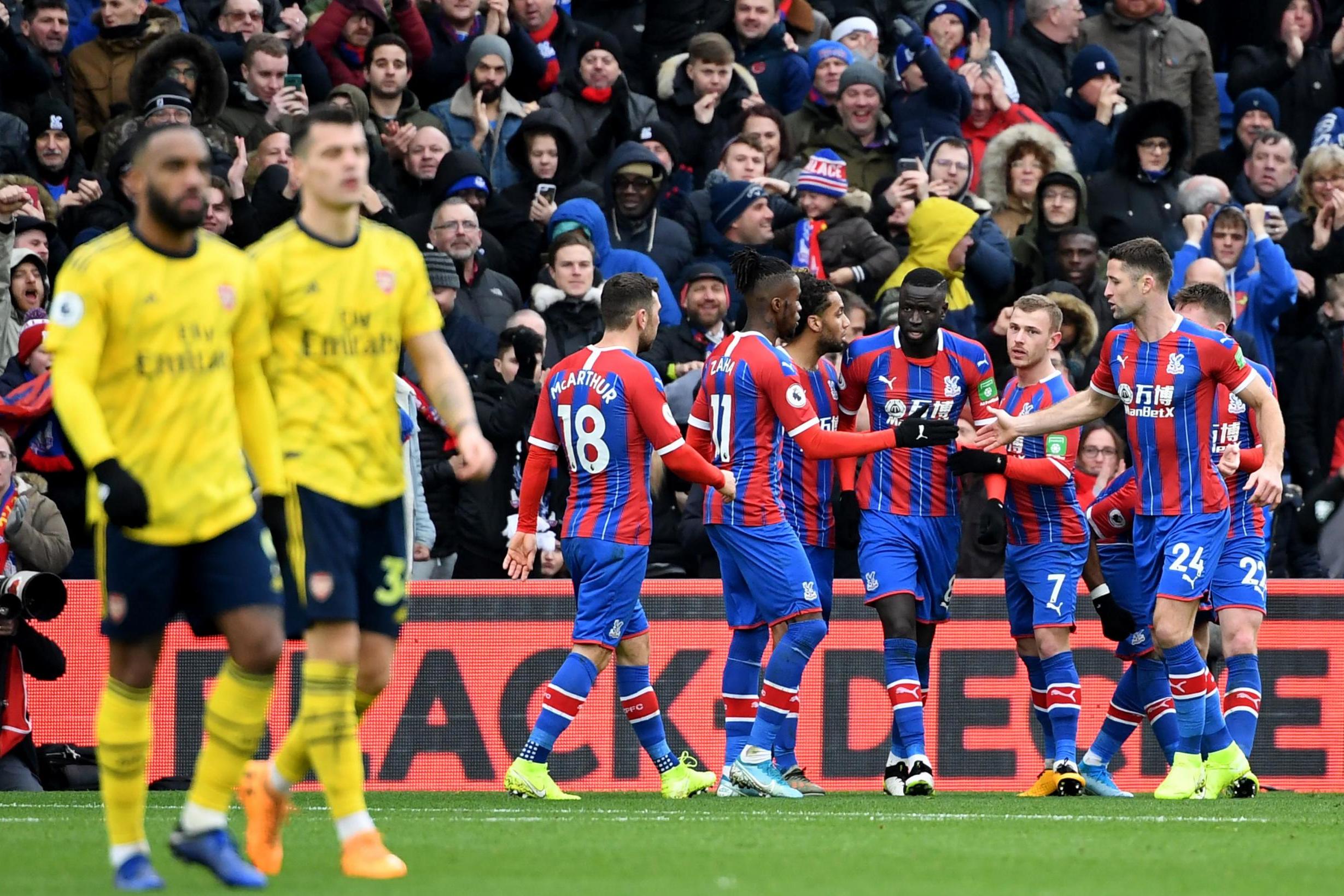 Mikel Arteta has blasted his Arsenal defence for “switching off completely” in the build-up to Crystal Palace’s equaliser in Saturday’s 1-1 draw.

The Gunners started quickly and were in front inside 15 minutes when Pierre-Emerick Aubameyang slipped Alexandre Lacazette’s pass low past Vicente Guaita.

But Palace grew into the contest and were level when Meyer’s cross was helped into Jordan Ayew’s path and the Ghanaian’s deflected strike looped past Bernd Leno.

Arteta told BT Sport: “I was really pleased with the first half.

“We conceded the goal where we switched off completely. That is unacceptable and I’m really upset with that.

“We reacted very well after conceding the goal.”

Aubameyang’s afternoon turned sour when he was sent off for a studs-up foul on Max Meyer. On-field referee Paul Tierney initially dished out a yellow card but he was advised to upgrade that punishment following an intervention from VAR.

Arteta added: “After Auba’s red card we were the team I expected because everybody was at it.

“I haven’t seen it (the red card) but I think it was a harsh challenge. There is no intention to do it but maybe he mistimed it.”