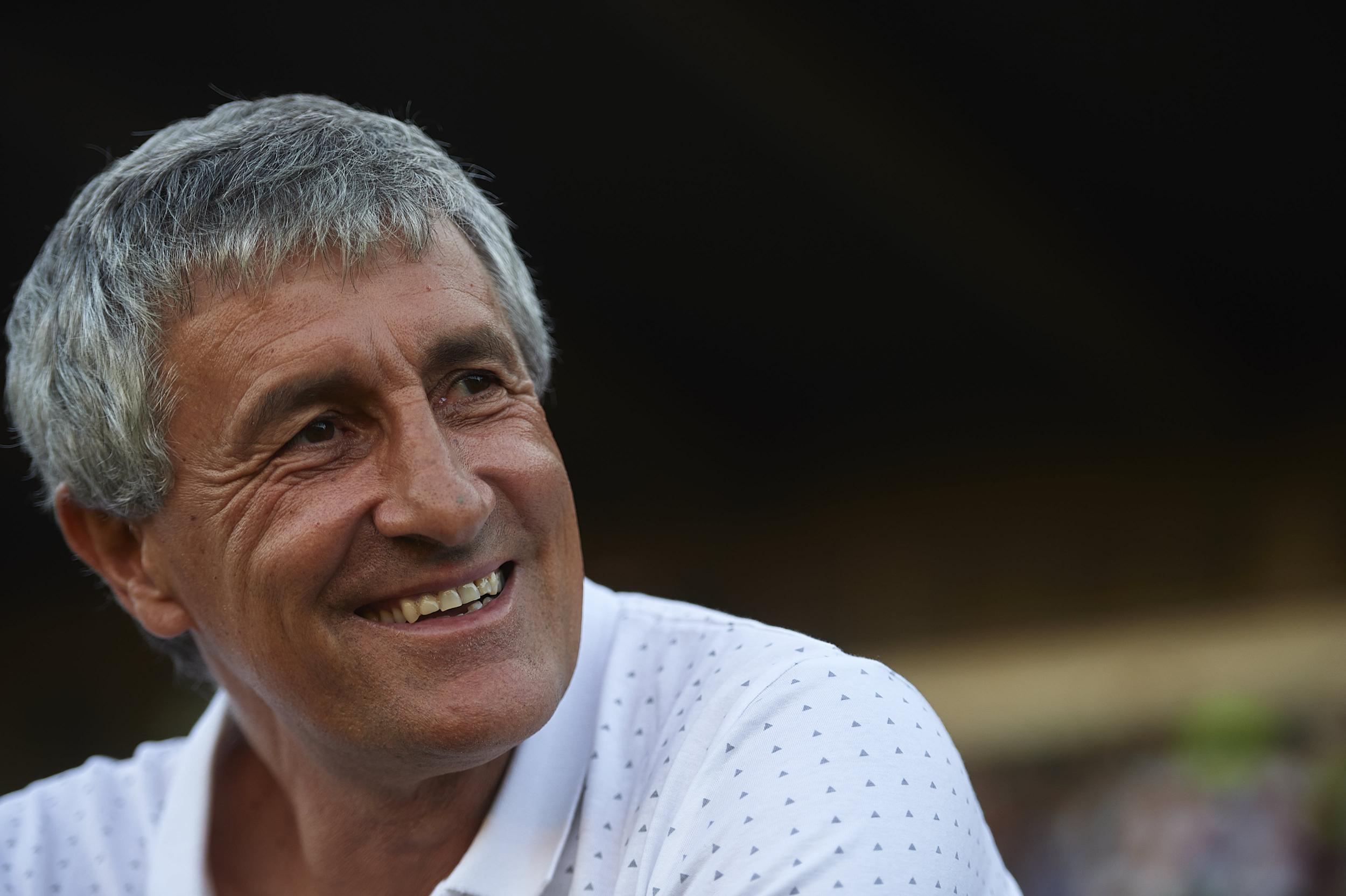 Barcelona are lining up former Real Betis coach Quique Setien as a replacement for Ernesto Valverde.

Valverde took training with the Catalan club on Monday, but is expected to be sacked after two-and-a-half seasons in charge.

Barca are planning to release a statement later on Monday evening after a long board meeting earlier in the day and Setien’s agent is in the city for negotiations with the Blaugrana.

The former Betis boss, who is a confessed admirer of the style of football traditionally associated with Barca, would take over on a short-term deal until the end of the season, when the Catalans hope their former midfielder Xavi Hernandez will join as coach.

Setien has been out of work since leaving Betis at the end of last season, having led the Seville-based side to sixth and 10th in his two seasons at the Benito Villamarin.

The 61-year-old had a spell as a player at Atletico Madrid and has previously coached Racing Santander and Las Palmas, among others, but has never managed a club of Barca’s stature.