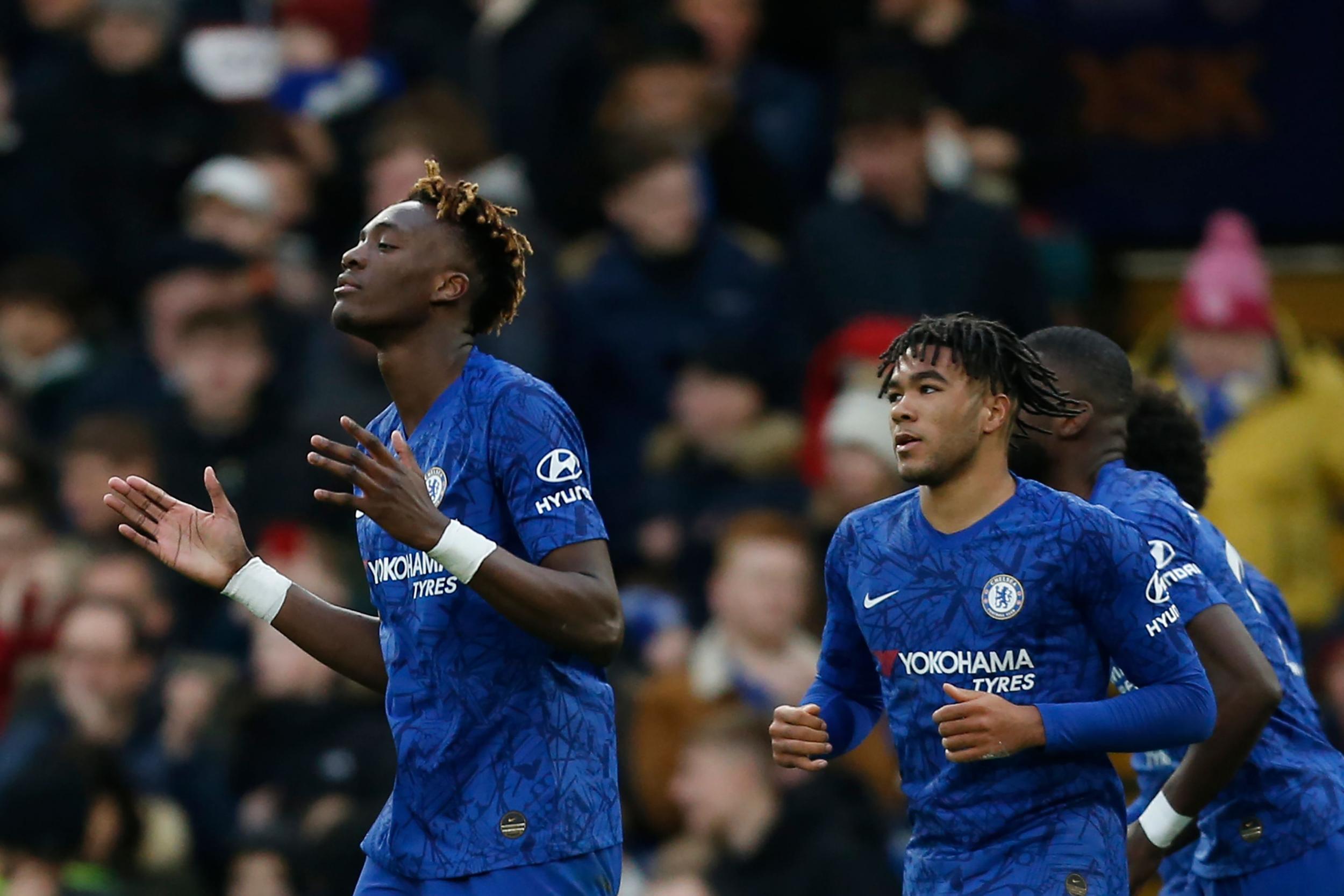 Tammy Abraham says playing with pace is the key to get Stamford Bridge rocking ahead of a tough run of home games in west London.

The striker believes Chelsea, who had lost three of their last four Premier League games at home before blowing Burnley away 3-0 in a dazzling display on Saturday, have been far too slow in looking to break down sides on their own patch.

When asked what had gone wrong in front of home fans this season, Abraham said: “I think we came here and it was just a bit too slow. We showed against Burnley that we started sharp and it continued throughout the game.

“I was always confident [we would turn it around], it was just a matter of time. We knew we had to give a performance against Burnley and we went out full of confidence. It was disappointing after the win against Arsenal to draw at Brighton, but we had to take the confidence from [the] Arsenal [match] into this game.”

From 2004 to 2008, Chelsea went 86 games unbeaten at home, winning two titles, an FA Cup and a League Cup during that run. If the Blues are to reach the heights Lampard is aiming for, that has to be the case once more.

After West Ham, Bournemouth and Southampton all left with three points before Christmas, Abraham is calling on his team-mates to transform the Bridge ahead of the next four visits — by Arsenal, Manchester United, Tottenham and Bayern Munich.

“Yeah [we have to make it a fortress],” said Abraham. “We’ve got to make the stadium rock. We’ve got tough games coming here, but I am always confident, especially after the win today, that we can go out and enjoy ourselves.


“A lot of people say the fans are quiet, but they want to come and watch beautiful football and recently in our home games we haven’t been doing that. You can see today that we were playing beautiful and the fans were behind us.”

Hudson-Odoi’s first Premier League goal capped a fine performance in which he and fellow academy graduate Reece James, paired down the right for the first time in a League fixture, tormented Sean Dyche’s side.

The two were a constant menace, easing the loss of Christian Pulisic through injury and offering a timely reminder of what Chelsea have already got as they consider moves for Wilfried Zaha and Jadon Sancho.