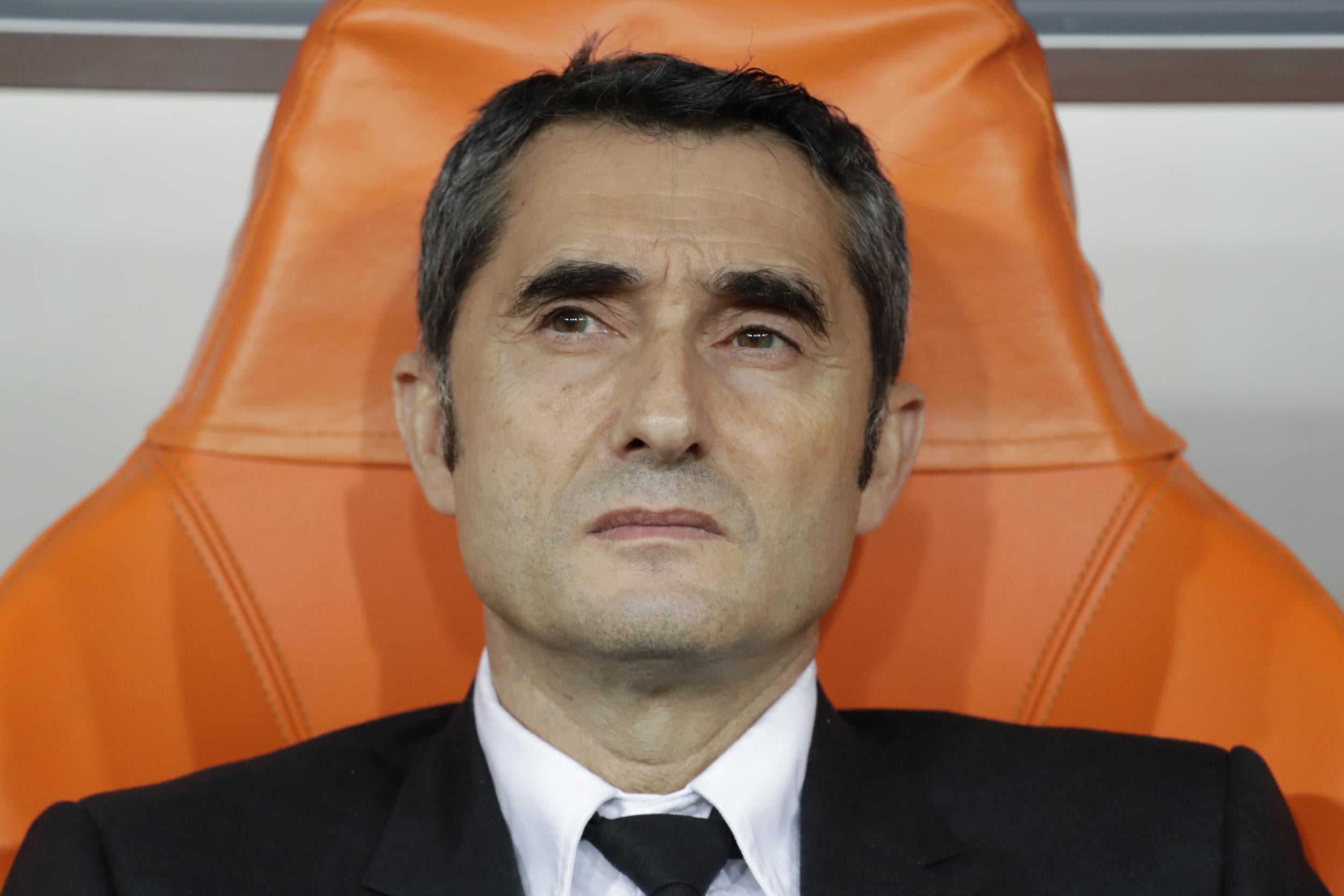 Valverde was appointed in the summer of 2017 and won back-to-back LaLiga titles, but had been under scrutiny following Champions League collapses against Roma in his first season and Liverpool last term.

Thursday’s 3-2 loss to Atletico Madrid in the Spanish Supercopa semi-finals in Saudi Arabia turned out to be the last straw for Barca and the club announced his exit in a statement on Monday.

The former Athletic Club, Valencia, Villarreal, Espanyol and Olympiacos coach oversaw 145 games in his spell at Camp Nou, winning 97 and losing just 16 of those.

As well as the two LaLiga titles, he also led Barca to a Copa del Rey and a Spanish Supercopa – both in 2018.

Valverde’s fate was sealed as Barca CEO Oscar Grau and sporting director Eric Abidal met with the club’s former midfielder Xavi Hernandez for talks in Qatar over the weekend and even though the 39-year-old could not be persuaded to take over straight away, the board decided to press ahead and replace their coach.

He leaves with Barca ahead of Real Madrid on goal difference after 19 rounds of LaLiga and after steering the club into the knockout stages of the Champions League as group winners, with a last-16 tie against Napoli ahead in February and March.

So after a lengthy board meeting today, it looks like that Spanish Supercopa semi-final exit against Atletico Madrid last week is the straw that’s broken the camel’s back.

Ernesto Valverde’s reign as Barcelona manager, which began in the summer of 2017, and has brought two league titles in as many season, has come to an end.

BREAKING: Ernesto Valverde has been sacked as manager of Barcelona after two-and-a-half years in charge.

Stick right here for more, all the reaction, and news regarding Barcelona’s search for a new manager.

Pressure is mounting on Ernesto Valverde at the Camp Nou and with the Barcelona hierarchy now considering replacements, his days could be numbered.