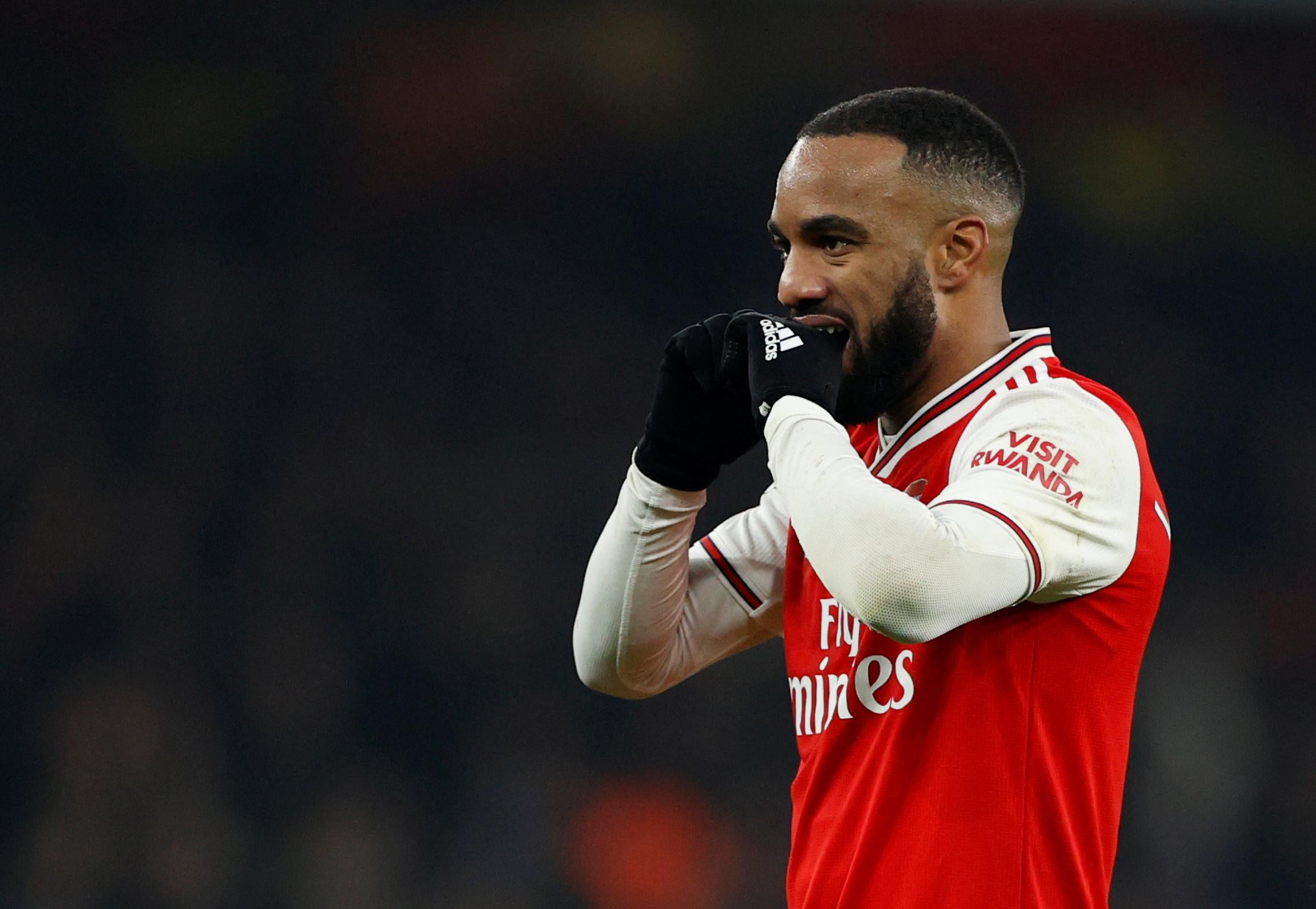 Arsenal defender Sokratis Papastathopoulos has hailed Alexandre Lacazette as a “goal machine” and believes the Frenchman can fill the void left by Pierre-Emerick Aubameyang’s suspension.

Arsenal are set to be without Aubameyang for three matches after he received a straight red card following a VAR review for his 65th-minute tackle on Max Meyer during Saturday’s 1-1 draw at Crystal Palace.

On Monday morning, the club were considering whether to appeal Aubameyang’s card, with the club having to do so today. If they decide not to appeal, Aubameyang will miss Premier League matches against Sheffield United and Chelsea, as well as an FA Cup fourth-round game at Bournemouth.

Aubameyang had earlier underlined his importance to Mikel Arteta’s side by scoring the opener at Palace, taking his tally to 16 for the season — twice more than any other Arsenal player.

Arteta will decide in the coming days whether to give Gabriel Martinelli, who has scored eight times in a promising debut season, a chance to spearhead the attack or bank on Lacazette overcoming a dip in form which has seen him amass just six goals.

After Jordan Ayew had equalised and the Gunners were reduced to 10 men, Lacazette missed a glorious late chance to snatch victory, firing straight at Vicente Guaita after the Palace goalkeeper had brilliantly tipped Nicolas Pepe’s low drive onto the post.


Sokratis believes Lacazette can rediscover his best form with the right support from team-mates. The 28-year-old has not scored in six matches but when asked whether Lacazette was scoring regularly in training, Sokratis said: “He’s a goal machine. In some games, from the outside, you can’t see what he can do or maybe he is a little bit struggling. Auba is a very important player. He’s the captain of the team, but now is the time that also the other players step up and show quality.

“Laca on Saturday was against two players every time and when you play the ball to him it’s very difficult to do the first control and the second because all the other defenders they are strong. Laca is coming better and better. He’s very important.”

Arteta rued the defensive sloppiness that allowed Palace to equalise, adding: “It’s game management and we’ll get better at it. We need to know that at this type of ground we don’t want to put ourselves on the back foot in set-piece situations because they are good at it.”

Chelsea undone by 10-minute lapse, but this was a mature display...