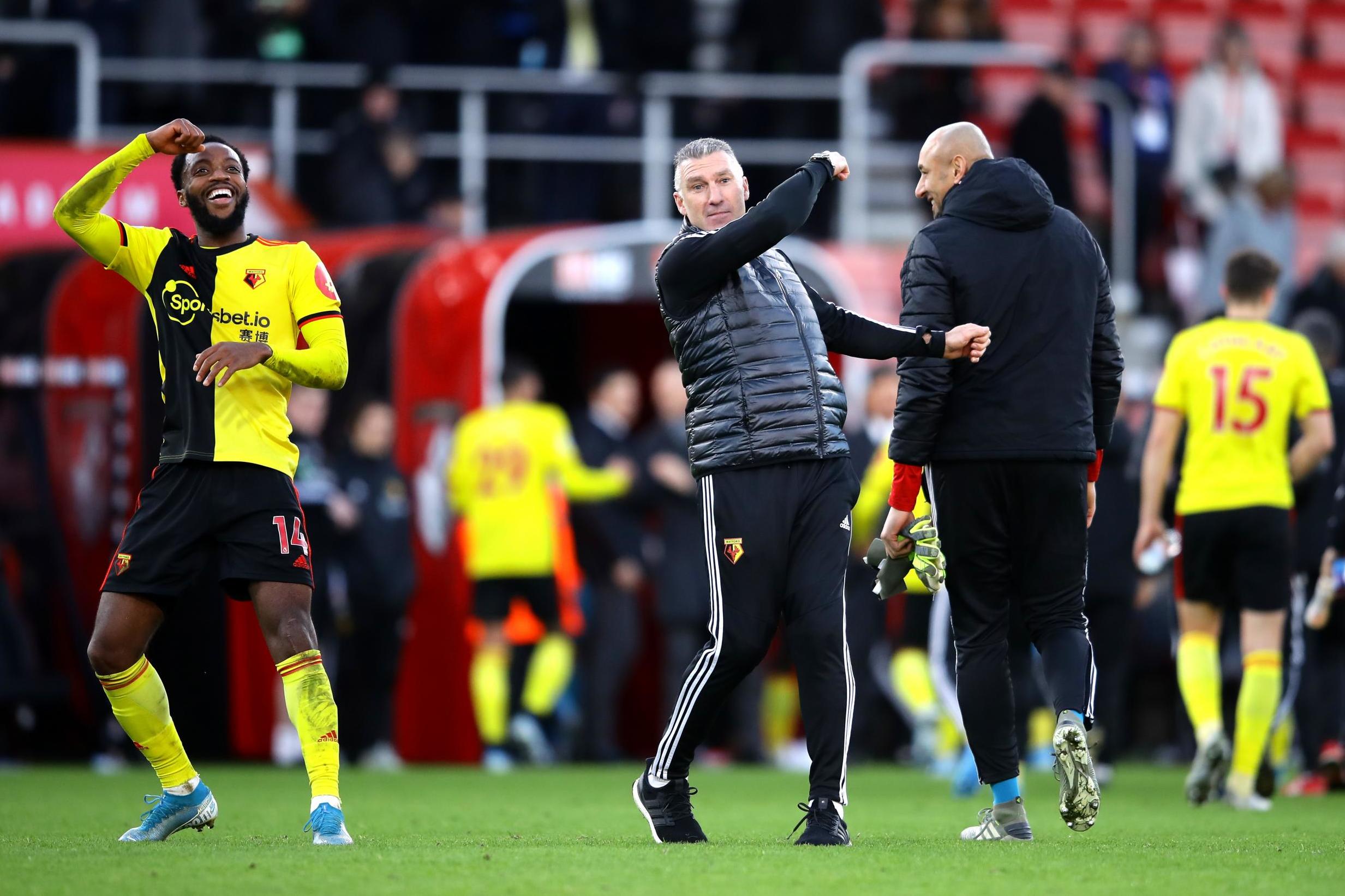 Troy Deeney says Nigel Pearson would earn more praise for dramatically turning around Watford’s fortunes if he was a foreign coach.

Pearson, who helped keep Leicester up in 2014/15, has transformed the club since taking charge last month, with victory over Bournemouth on Sunday lifting them out of the bottom three for the first time this season. Abdoulaye Doucoure, Roberto Pereyra and Deeney scored in a win that means Pearson has claimed 13 points from his six Premier League matches at Watford.

It is an incredible achievement, given the Hornets earned as many points as that in their previous 22 matches, and Deeney believes the 56-year-old does not get enough credit.

“If he had a foreign last name we would all be saying he is the Messiah,” said Deeney. “It is just the way that the world works and the way he is portrayed in the media, unfortunately, but he is great. His man-management is massively underrated, his technical team, too — you’ve got him, Shaky [Craig Shakespeare] as well, but then also he’s implemented Hayden Mullins and Stacky [Graham Stack], who have got bags of experience.

“He has not only brought that together, but he’s galvanised the whole group and showed that he can work under different restraints. I can’t praise him enough. He won’t be happy if I give him too much credit. He has just hammered me as well and said, ‘That’s not enough, we’ve got to do more’.”

Pearson’s impressive run in the top flight stretches back to his time at Leicester, where his side won seven of their final nine matches to stay up five seasons ago. Sunday’s victory means he is the first English manager to win at least 11 Premier League matches across a 15-game spell in the competition since Harry Redknapp in January 2012.

Despite the turnaround, Deeney and his team-mates know they have plenty of hard work ahead of them.

Watford brush aside Bournemouth to climb out of relegation zone


“I can genuinely, hand on heart, tell you that no one looked at the table when we got in. I have just been told we are out of the bottom three,” Deeney added.

“We can’t keep saying, ‘Right, that was it, we’ve cracked it’, because in this League someone was saying if we win our next few games we could be 10th — but if we lose, we’re bottom. So we are not getting ahead of ourselves. We’ve got three games in a week after the Spurs game [January 18] as well.

“We have to be respectful of what is coming, but take stock of what we have done. You can’t deny that it has been an unbelievable six games and we have to keep going. The gaffer has been great, the players have been great, but there’s a long way to go yet.”

Watford are back in action Tuesday night, when they travel to Tranmere for their FA Cup third-round replay.

They drew the first match 3-3 despite being three goals ahead and Pearson is expected to ring the changes, with Andre Gray, Isaac Success and Domingos Quina given chances to impress.