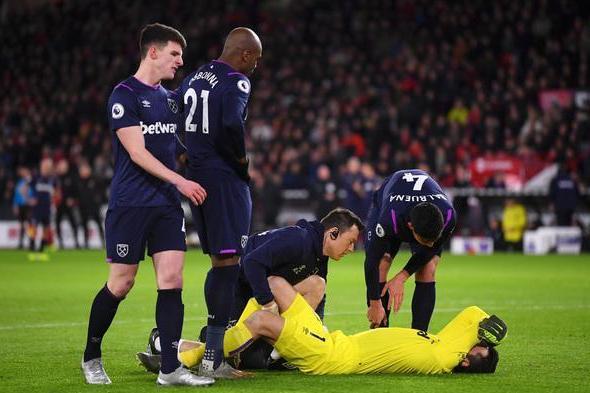 West Ham were waiting for scan results on Lukasz Fabianski’s injury amid fears he has suffered a recurrence of the hip issue which ruled him out for three months at the end of 2019.

Should Fabianski be sidelined for a lengthy period, the Hammers will accelerate their plans to sign a new goalkeeper this month.

Fabianski pulled up while taking a goal-kick during their 1-0 defeat at Sheffield United on Friday night and losing the Pole would be a major blow. David Martin replaced Fabianski and his mistake led to the Blades’ winner.

New West Ham boss David Moyes moved to sign Darren Randolph from Middlesbrough, but the £4million switch is on hold after the club discovered issues during a medical. Randolph has not played since November 24 because of a thigh problem and West Ham want to be sure he will not be out for a long period.

If Fabianski is out for a lengthy spell and Randolph is not fit, West Ham will have to consider other options, including Cardiff’s Neil Etheridge.