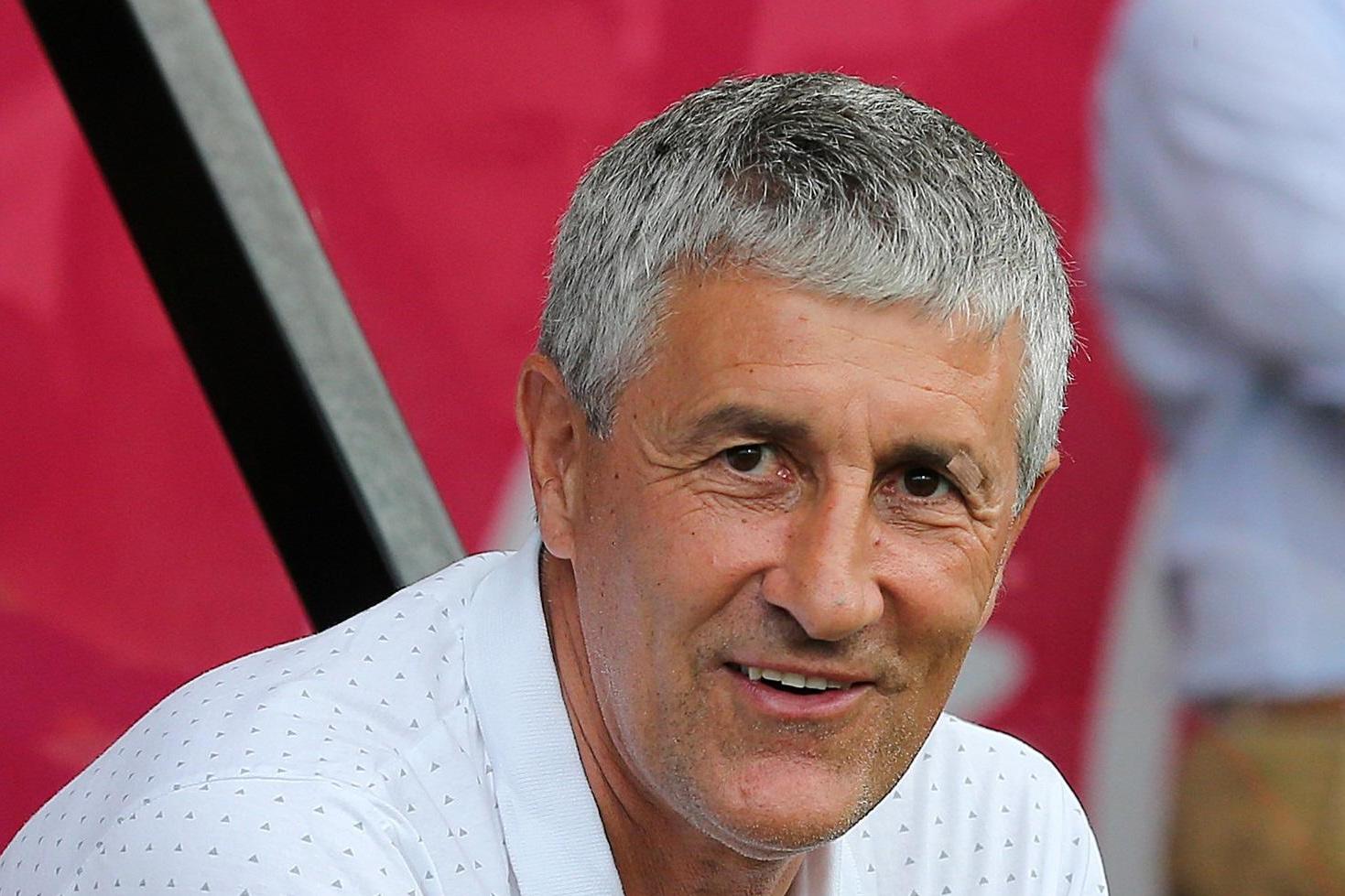 Quique Setien will be unveiled as Barcelona’s new head coach this afternoon at Camp Nou.

Barcelona’s new man will go through all the usual formalities as he is presented to fans and the media.

At 12:30pm GMT he will formally sign his contract, before holding a photo session on the pitch at Camp Nou. Then, at 2:30pm, he’ll hold his first press conference as Barcelona head coach.

The 61-year-old was swiftly appointed on Monday evening following the sacking of Ernesto Valverde.

The former Real Betis coach has signed a contract until the summer of 2022.

Stay tuned for the latest Barcelona news and all the updates from Setien’s press conference.

Thanks for reading and join us tomorrow for the press conference in which Quique Setien will be unveiled and give his thoughts for the first time as Barcelona’s new coach.

After a photo session and the official signing of his contract, it starts at 3:30pm.

The last visiting coach to win at Camp Nou

Quique Setien is the last visiting coach to win at Camp Nou. His Real Betis side beat Barcelona 4-3 in La Liga on November 11th, 2018.

That also makes him the only coach to defeat Ernesto Valverde at Barca’s famous home. And now he has his job.

Setien is an admirer of Cruyff

New Barcelona coach Quique Setien is a purist and when Johan Cruyff passed away in 2016, he wrote on Twitter: “I felt that football could be played better, but I didn’t see it until Johan taught us…”

We mentioned his trophies just now, but ultimately it will probably be those two Champions League disasters that Valverde’s time at Barcelona is best remembered for.

There’s something slightly comical in the fact that he managed to survive the humiliations of the Roma and Liverpool debacles, but was then given the boot after being knocked out in the semi-finals of a competition that a lot of people deemed nonsense.

Setien to be unveiled tomorrow

Barcelona’s new man will go through all the usual formalities as he is presented to fans and the media tomorrow.

At 2:30pm GMT he will formally sign his contract, before holding a photo session on the pitch at the Nou Camp. Then, at 3:30pm, he’ll have his first press conference.

Rather bizarrely, Valverde’s tenure comes to an end at a time when he was on course to lead Barca to a third successive LaLiga title, with the Catalan side leading the way at the top of the table on goal difference.

As it is, he departs with two championships to his name, as well as a Copa del Rey and a Spanish Supercopa.

So no surprise in the end to see Valverde go, and we understand that the reason for the delay this evening was so that Barca could announce their new man, Setien, at the same time.

What is a little surprising is that Setien has been handed a deal that runs until the summer of 2022. Remember, rumours abound earlier this week were that Xavi was lined up to take the job in the summer…

Setien has agreed a two-and-a-half year deal to take over at the Nou Camp, having been out of work since leaving Betis at the end of last season.

So after a lengthy board meeting today, it looks like that Spanish Supercopa semi-final exit against Atletico Madrid last week is the straw that’s broken the camel’s back.

Ernesto Valverde’s reign as Barcelona manager, which began in the summer of 2017, and has brought two league titles in as many season, has come to an end.

BREAKING: Ernesto Valverde has been sacked as manager of Barcelona after two-and-a-half years in charge.

Stick right here for more, all the reaction, and news regarding Barcelona’s search for a new manager.

Pressure is mounting on Ernesto Valverde at the Camp Nou and with the Barcelona hierarchy now considering replacements, his days could be numbered.

12.30pm: Contract signing in the President Sunol box in a private event

1pm:  photo session on the pitch at Camp Nou

1.30pm: Unveiling and press conference in the Auditori 1899