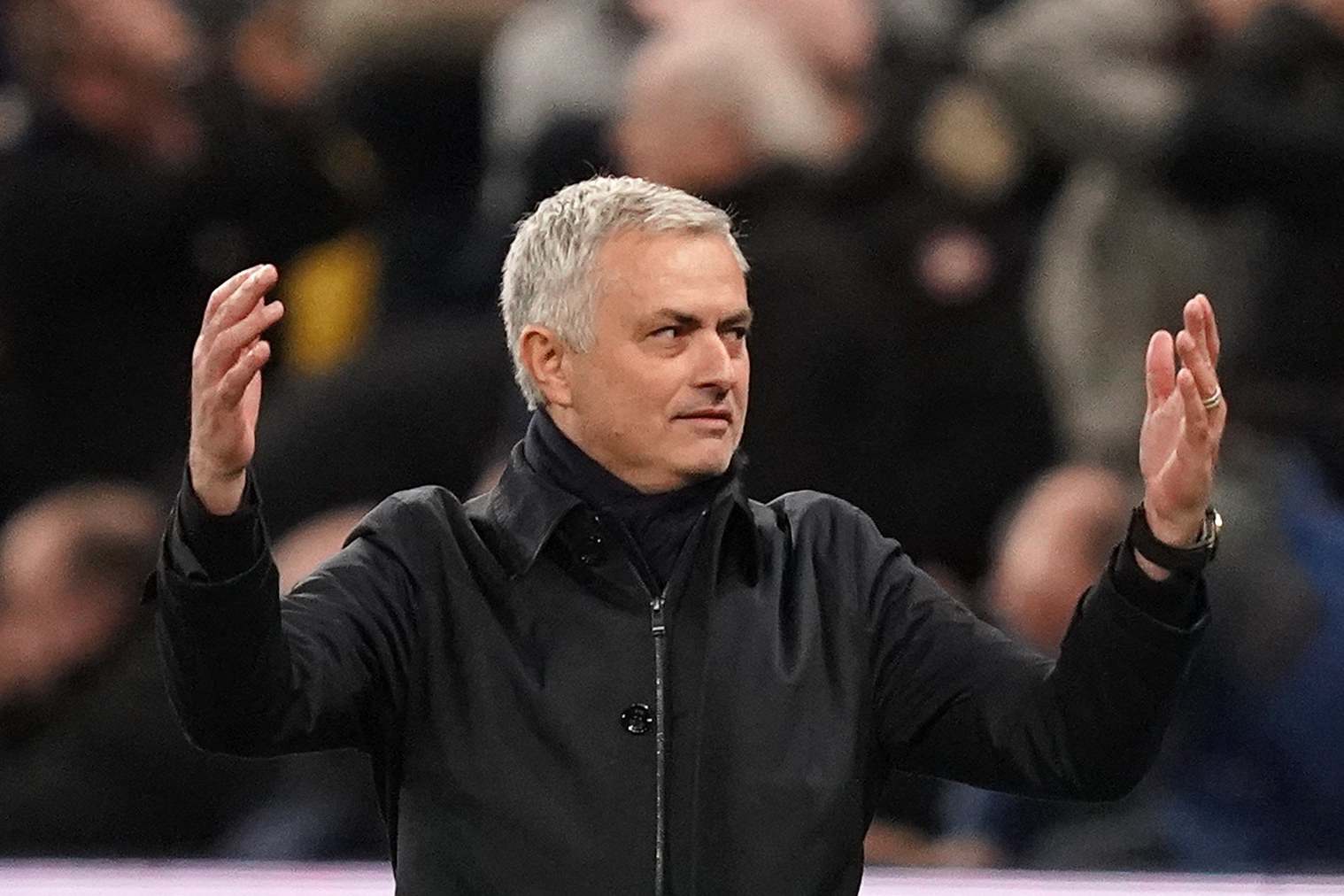 Jose Mourinho has launched a defence of his tactics in Saturday’s 1-0 defeat to Liverpool, insisting Tottenham had no choice but to be “pragmatic” against the runaway League leaders.

The hosts had just 28 per cent possession in a first half marked by a succession of hopeful long balls, but they improved after the interval, particularly following the introductions of Giovani Lo Celso and Erik Lamela from 70 minutes.

It was still some way from Mauricio Pochettino’s consistent front-foot approach, which underpinned the former Spurs manager’s philosophy.

Mourinho earned criticism from Sky Sports pundit Gary Neville, who said he was not sure if fans would accept “the pragmatic style of play” and claimed Jurgen Klopp’s “progressive football” made the Portuguese look outdated.

But Mourinho — who was without Harry Kane, Hugo Lloris, Moussa Sissoko, Ben Davies and Tanguy Ndombele — claimed pragmatism had to trump philosophy in the circumstances and said the fans understood his approach.

Asked what Spurs must do to build a winning mentality, Mourinho told Standard Sport: “It helps to [always] have the mentality to win the next match. It doesn’t matter which competition it is, how many injuries we have or what you’re trying to be.

“To have imagination, to be creative, to try to build something that can make you believe you can win the match, just like we were convinced we could beat Liverpool, that’s the way you create a winning mentality.

“You go for every game and you try, even if you have to be more strategic than philosophical. Philosophical is when you follow a certain philosophy and everything is in place to follow it.

“But another thing is when you’re in trouble and you have to be pragmatic, creative and try to build something. That’s what we did against Liverpool.

“We tried to create something. Even the game plan, not just the way we started the game but the overall game plan, we tried to be in conditions to win. If I start the game the same way we played the last 25 minutes, we couldn’t [maintain it]. Lamela couldn’t play 90 minutes that way, Giovani didn’t have the intensity to play that game for 90 minutes.

“You have to try to give the players that winning mentality even when you are in a difficult situation like we are. And that’s what we want to do. So [on Tuesday] we try again, we try to win again.”

Mourinho added: “I think by the reaction of the fans against Liverpool, they understood that the players did everything in that game and they didn’t get what they deserve. For a team that loses a match, it’s a very good feeling.”

Mourinho has raised the possibility that Kane could miss Euro 2020 with the hamstring injury that required surgery last week but, barring any unforeseen setbacks, Spurs medical staff are confident it is a 12-week injury, with the England captain set to return to training in early April.

Mourinho is close to adding to his squad, with midfielder Gedson Fernandes set to join from Benfica on an 18-month loan deal with an option to buy for around £55million, after completing a medical on Monday.

Pushed on whether he has a philosophy, Mourinho reiterated that Spurs showed glimpses of his vision in his first game in charge, a 3-2 win at West Ham, in which Davies suffered ankle ligament damage. Mourinho has since claimed he has been unable to play his preferred system without the Welshman as an inverted left-back.

“You can talk about philosophy or you can talk about trying to achieve the maximum you can,” Mourinho said. “And you can try to do both at the same time which is what I tried to do since day one. I had two days of work and I think against West Ham we showed by glimpses — without that dynamic and autonomism — what we wanted to create. In this moment, it’s difficult. So let’s fight.”

Mourinho will again be without the injured quintet against Boro, while Toby Alderweireld will be rested. Christian Eriksen is in line for a fifth consecutive start, despite being booed off by sections of the home support against Liverpool, while Tanganga could keep his place. Spurs have not won the FA Cup or even reached the final since 1991 and Mourinho admitted he was “a little bit surprised” by the club’s drought.