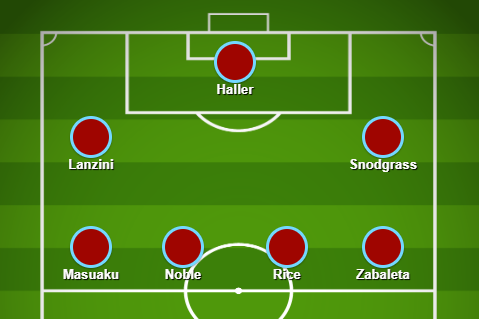 Darren Randolph is in line to make his second West Ham debut against Everton after finalising his protracted £4million move from Middlesbrough.

Experienced goalkeeper Randolph is expected to go straight into the team with Lukasz Fabianski out until next month with a hip injury.

Randolph has not played since November 24 because of a similar injury to Fabianski but he is fit again and David Moyes is ready start him on Saturday.

Arthur Masuaku faces a late fitness check on a knee issue but Moyes is optimistic he will be able to start at left wing-back.

Felipe Anderson is a doubt because of a rib problem and Michail Antonio is ruled out with a hamstring injury.

Robert Snodgrass could come in for Anderson after making an impact off the bench against Sheffield United.

Pablo Zabaleta will start at right wing-back with Ryan Fredericks out until next month with a hamstring injury.

Ighalo Speeds Up Program For Recovery From Injury