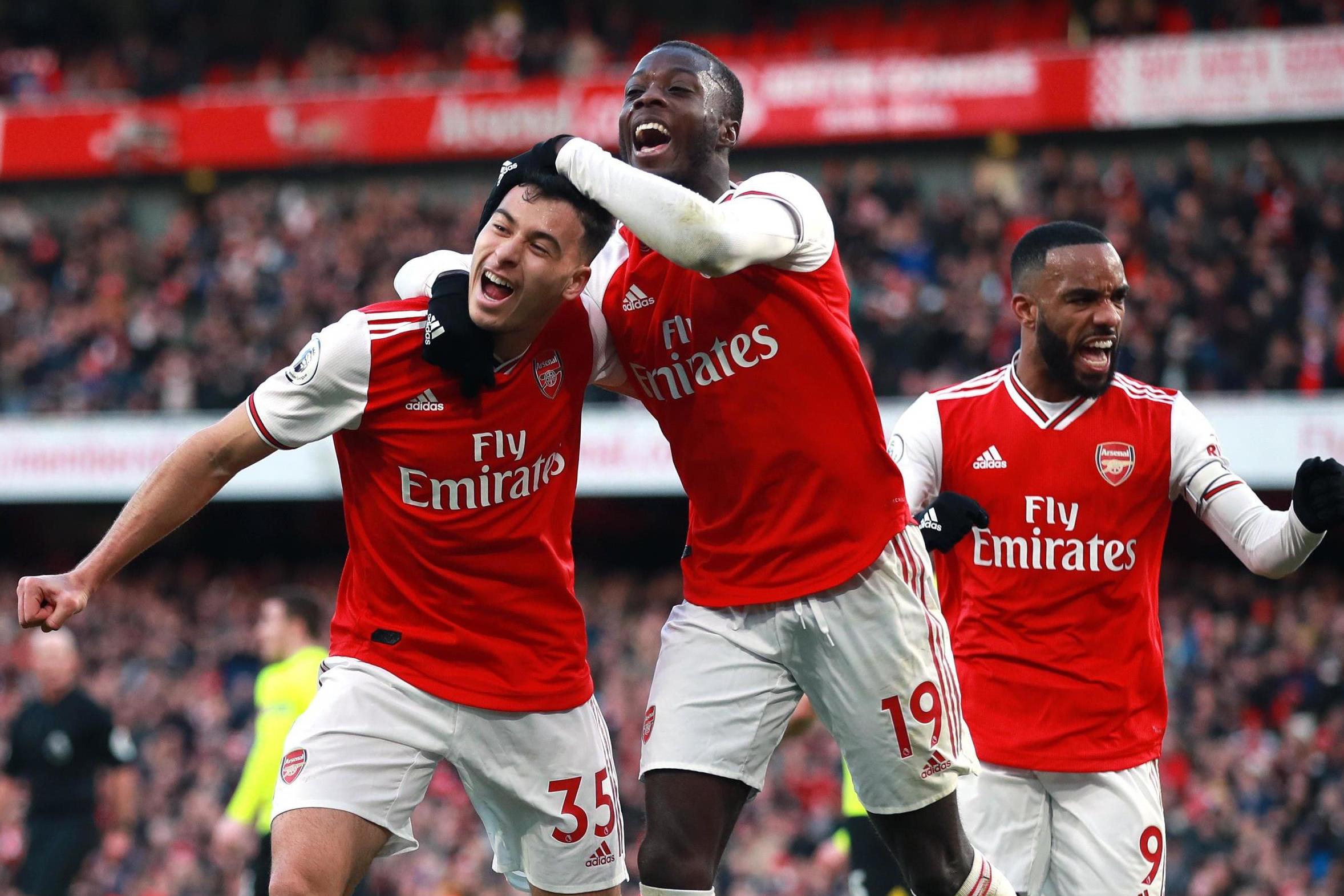 John Fleck struck a late equaliser as Sheffield United came from behind to seal a Premier League point against a frustrated Arsenal.

Gabriel Martinelli’s ninth goal in 10 Arsenal starts appeared to have the Gunners on course for a win but Fleck struck with seven minutes remaining to secure a 1-1 draw for the visitors.

Arsenal head coach Mikel Arteta was without captain and top goalscorer Pierre-Emerick Aubameyang, who watched from the stands as his replacement Martinelli scored at the end of a quiet first half.

Had very little to do all afternoon and when finally beaten there was nothing he could do about John Fleck’s finish.

A rare off-day for the 22-year-old, who has been good in recent weeks. Crossing not at its best and was beaten in the air by Billy Sharp for Sheffield United’s equaliser.

Shaky early on and was caught out by Oli McBurnie, but he recovered and improved as the game went on.

In the absence of Calum Chambers, the Brazilian is quickly becoming Arsenal’s best centre-back under Mikel Arteta. A surprisingly calming influence at the back.

A brilliant perfjoamcne from an 18-year-old playing out of position. Assisted the opening goal and marauded forward with purpose on numerous occasions.

Patrolled the space in front of the back-four well again. Arsenal are a much more assured in defence when he is in the side.

A solid performance alongside Torreria, who he is forming a good partnership with. Hacked an effort off the line in the second half too.

Took on his opposite number more often than he usually does and had some joy at times. Beginning to look like the player who lit up Ligue 1 last season.

Has been one of the best players under Arteta, but was quiet today. Still neat and tidy, but didn’t open up Sheffield United.

Missed two chances early on, but got the goal for Arsenal before half-time. As always worked tirelessly off the ball too.

Still no goal for the Frenchman, who hasn’t scored since December 12, but linked Arsenal’s attack well at times.

Given a huge reception from the home fans, but made little impact in the time given to him.

Liverpool vs Arsenal: Livescore from Carabao Cup Round of 16 clash