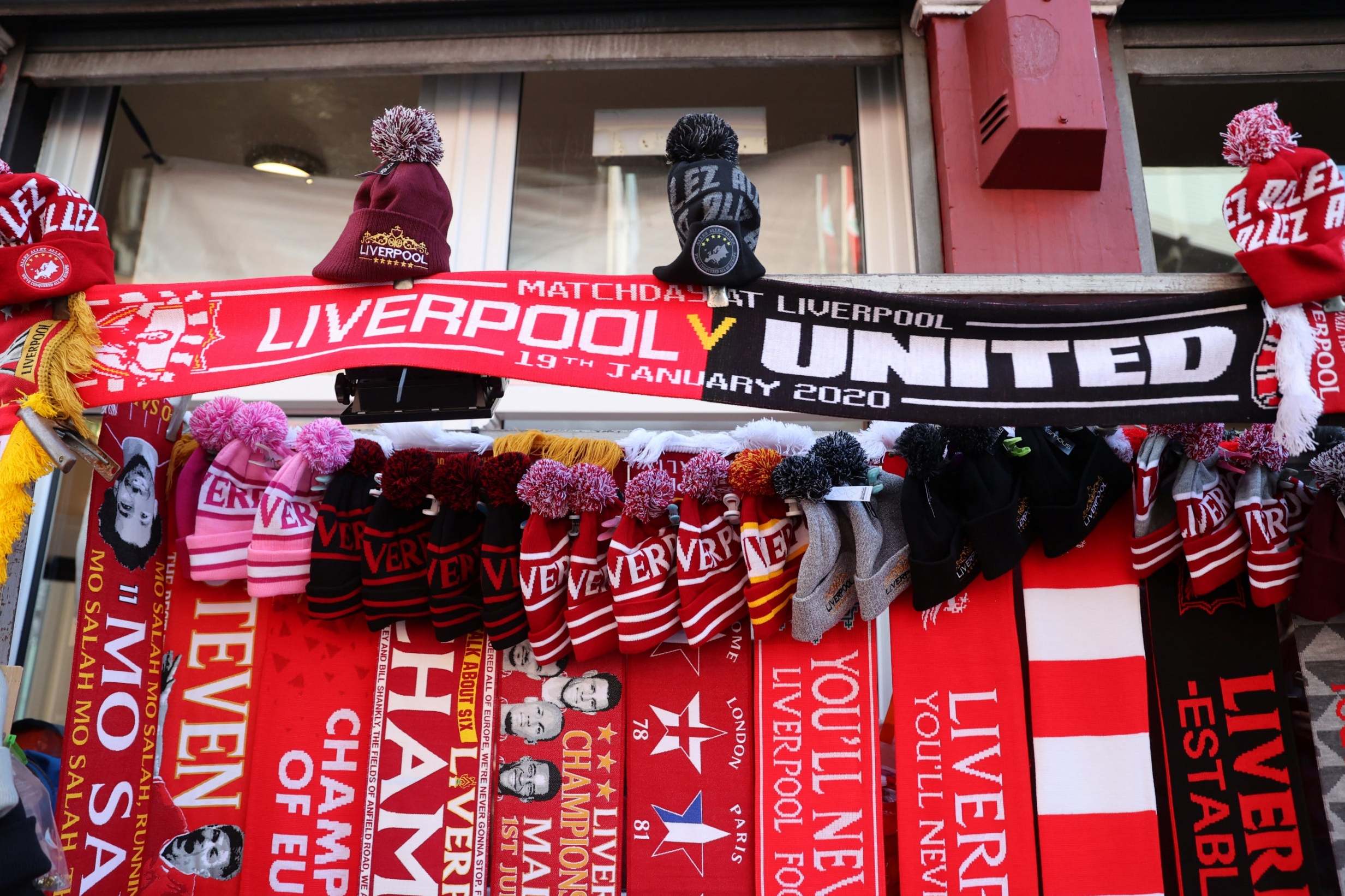 Jurgen Klopp’s side look to take another commanding step towards the title, getting one over on their biggest rivals after champions Manchester City again dropped points.

United are the only side to take points off the League leaders this term, with Adam Lallana rescuing a point at Old Trafford back in October. Liverpool have won every game since then and their 30-year wait for the title will end this season barely a historic collapse.

As for United, Ole Gunnar Solskjaer knows a win will send the Red Devils within two points of the top four after Chelsea’s shock loss at Newcastle – and with Tottenham and Arsenal drawing, United look best-placed to push for Champions League football.

Ox has ‘score to settle’

Despite facing Manchester United just three times as a Liverpool player – starting once – Alex Oxlade-Chamberlain is pumped up for today’s derby.

“There’s always a score to settle in this game,” he said. “It’s massive. There’s a lot of history in this fixture.

You get drawn into the meaning of it by the fans, because they’re the people that support you all year round. So, we buy into that and as a player you sort of take on that rivalry and it becomes your own.

“Bragging rights are always nice but the main thing is making sure your team is more successful than the other — picking up results, finishing higher in the table.

“It means a lot to us as players as well and how much it means to the fans. We take responsibility for that, making sure we can get the right result for them and for us as well.

“We weren’t happy with the game at Old Trafford. We didn’t play well enough — and we were disappointed we weren’t a bit more clinical.”

United have beaten the likes of Manchester City, Tottenham and Arsenal this season.

He said: “We are the only team to have taken points off them this season so will go there full of high hopes.

“Everybody is going to be ready. Whoever is picked will be ready to step up. It will be a case of doing exactly what we did last time.”

“That attitude of no fear is one we’ve all got in this team and this club has always had. If you don’t have it, you don’t play for them.”

With the below in mind, here’s how our Liverpool and Manchester correspondents expect both teams to line up this afternoon.

The England international suffered a back injury in the FA Cup third-round replay against Wolves on Wednesday and hasn’t been able to train since.

He underwent further tests on Friday, with Solskjaer not expecting his leading scorer to be back in time for the trip to Anfield.

Reports late on Saturday claimed Rashford was not included in United’s travelling party.

Rashford needed to be driven to training on Thursday after leaving Old Trafford the night before in severe discomfort.

He lasted only 16 minutes of the 1-0 win against Wolves after taking a knee to the back from Matt Doherty.

Luke Shaw is a doubt after missing the Wolves game with a hamstring injury and Eric Bailly is unlikely to be risked, while Paul Pogba, Marcos Rojo and Scott McTominay are all still out.

Jurgen Klopp will be able to welcome fit-again pair Joel Matip and Fabinho back into his Liverpool squad today.

However, despite Matip and Fabinho’s return to training, the manager is unlikely to change what has been a settled starting XI in recent weeks.

Perhaps the only difficult decision Klopp will have to make concerns his midfield following James Milner’s recent hamstring injury.

Alex Oxlade-Chamberlain started the 1-0 win at Tottenham but failed to make a strong claim to the position before Adam Lallana impressed as a substitute, continuing his excellent form of late.

Klopp could be tempted to throw Lallana in from the off against Ole Gunnar Solskjaer’s men.​

Defender Dejan Lovren (hamstring) is set to return on Monday but no comeback date has yet been set for midfielders James Milner (hamstring) and Naby Keita (groin). Nathaniel Clyne is a long-term absentee.

Welcome to Standard Sport’s LIVE coverage of Liverpool vs Manchester United in the Premier League.

We will bring you the latest team news in the build-up to kick-off.

This should be a corker.

How to watch Liverpool vs Man Utd

TV channel: The match will be shown live on Sky Sports’ Premier League and Main Event channels, and is available via Now TV with a day pass for £9.99.

Liverpool: Naby Keita remains sidelined while James Milner could also be a doubt due to a thigh problem. Fabinho and Joel Matip are both back in full training.

Man Utd: United’s hopes of halting their charge were dealt a desperate blow midweek, with Marcus Rashford a doubt for the trip to Merseyside. Ole Gunnar Solskjaer also remains without midfielder Scott McTominay and Paul Pogba.

5 Things The Stock Market Doesn’t Give A Hoot About