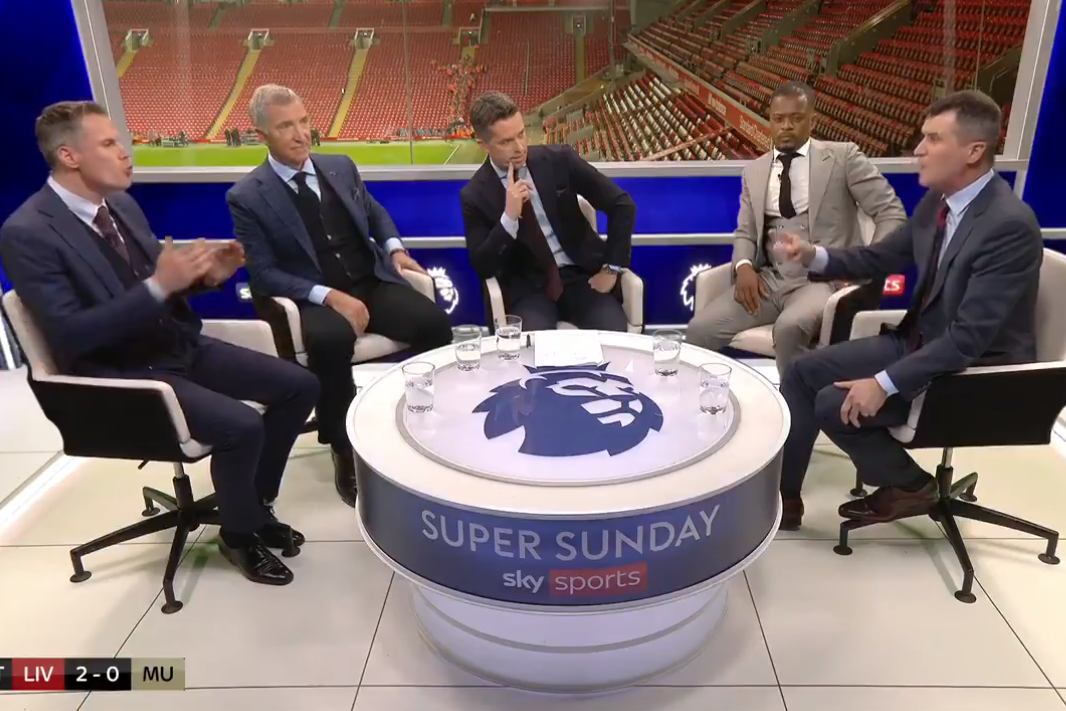 Things got heated after Liverpool’s 2-0 Premier League victory over Manchester United on Sunday as Roy Keane and Jamie Carragher clashed over Ole Gunnar Solskjaer’s suitability for the job.

Liverpool’s charge towards what would be a first league title in 30 years continued as the win over United took them 16 points clear at the top of the table.

Manchester City’s draw on Saturday and Leicester’s defeat at Burnley earlier in the day handed Jurgen Klopp’s side a boost, not that they needed one, ahead of Sunday’s game against their old enemies.

An early Virgil Van Dijk header was followed by Mohamed Salah’s breakaway goal in stoppage time, but the lateness of the second strike did not do justice to the dominance they had in the game.

Liverpool have not lost a league game for 381 days, have lost just one top-flight match in the last 623 days, are unbeaten at Anfield since April 2017 and undefeated in 39 league matches.

In contrast, United sit a full 30 points off Liverpool in fifth place, with Solskjaer under mounting pressure given the Red Devils’ frustrating season so far.

Solskjaer has been unable to add to his squad during the January transfer window so far, and was today hit by the news that Marcus Rashford could be out for up to three months with a back injury.

Speaking on Sky Sports after the match, Keane and Carragher – former stars for United and Liverpool respectively – got into a heated debate about how long Solskjaer should be given to turn things around at Old Trafford.

Watch the discussion below…