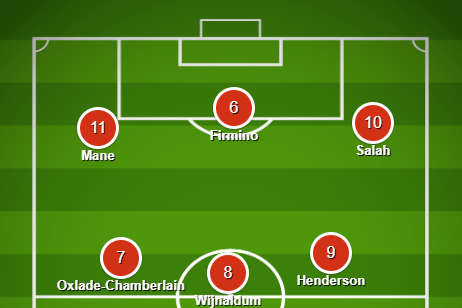 Jurgen Klopp should have the luxury of naming an unchanged team once again when Liverpool continue their Premier League title pursuit at Wolves on Thursday evening.

The German has gone with the same starting XI for his team’s last two outings – wins over Tottenham in London and Manchester United at Anfield.

And, while Fabinho and Joel Matip both made long-awaited returns to the matchday squad for the latter fixture, Klopp is unlikely to tamper with a winning formula ahead of this latest test.

The Reds’ squad could be further boosted by the return of Xherdan Shaqiri from injury, but it is likely that the trip to Molineux comes too soon for both James Milner and Naby Keita.

Here’s how we expect Liverpool to line-up at Wolves…