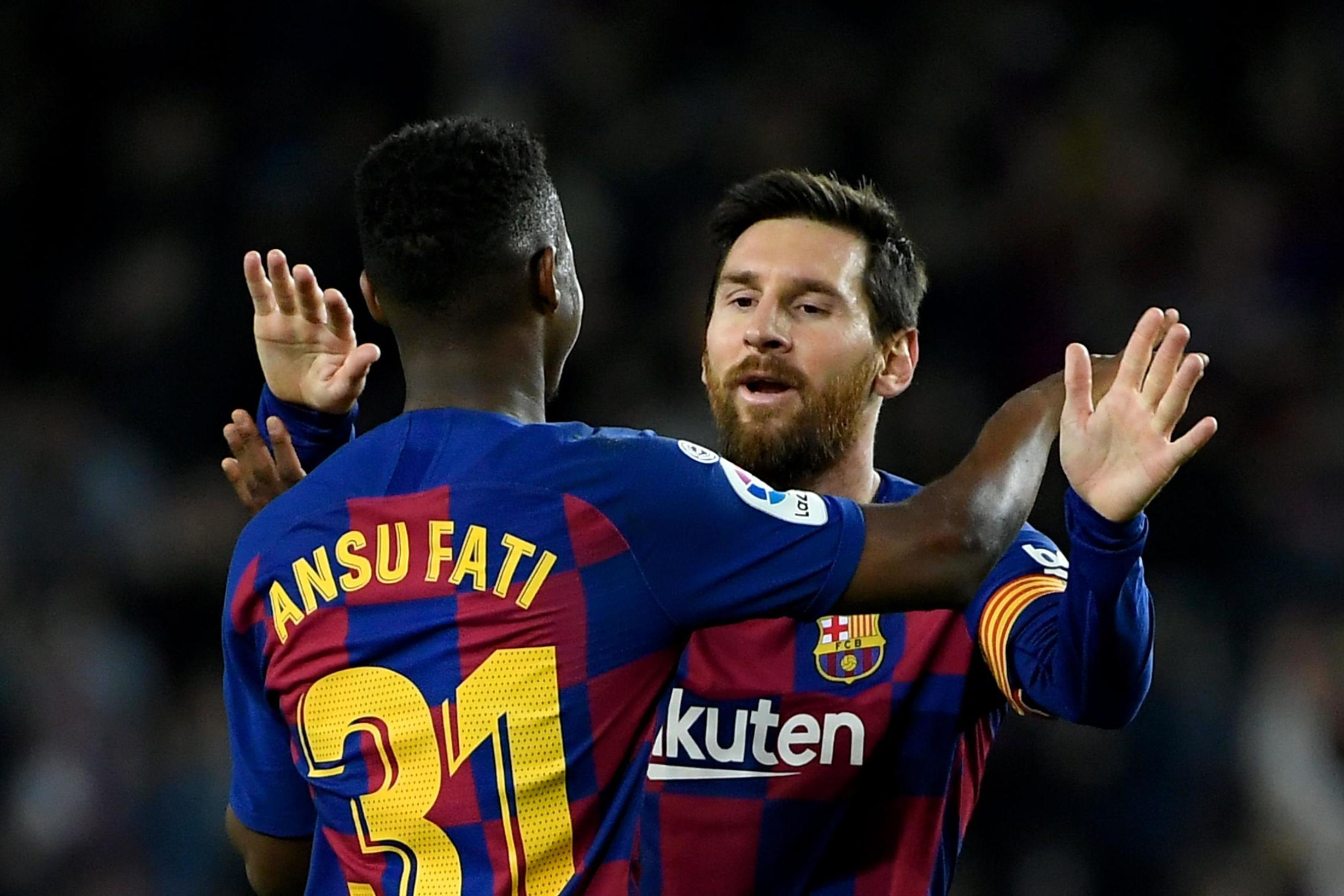 Sunday’s 2-1 win for Barcelona over Levante at Camp Nou may have been the best performance yet for the Blaugrana under new coach Quique Setien.

Although the scoreline may suggest this one was close, it was not really, or at least it never should have been as Barca missed a string of chances to make the game safe before Levante’s late lifeline threatened to dampen the mood.

After the comeback win over Segunda B side UD Ibiza and the loss at Valencia last Sunday, two matches at home were a welcome distraction for Setien and both have been won convincingly.

On Wednesday, Barca thrashed Leganes 5-0 at home in the Copa del Rey last 16 and on Sunday, Setien’s side followed up that success by beating Levante 2-1, a result which sees the Catalans move to within three points of LaLiga leaders Real Madrid.

Barca’s attacking play was outstanding at times and it is a wonder that it produced just two goals from 23 attempts. Both came from Ansu Fati, via Lionel Messi, in an association which promises much for the future.

Messi split Levante’s defence with an extraordinary pass for the first after half an hour, with the youngster running free and doing the rest. On the night of the Superbowl, this was Leo in the role of quarterback and at his brilliant best.

Two minutes later, he set up the 17-year-old once more and Barca had a 2-0 lead which, at that point, looked as if it was just the start.

And it should have been as chances were missed by Messi, Griezmann, Fati again as others. And in the second half, Levante got back in it, coming close on a couple of occasions before Ruben Rochina’s late volley ensured a dramatic finale in which Barca held on, although only just.

Anything other than a Barca win would have been harsh on the Blaugrana and this win was fully deserved. Since the loss at Mestalla, Setien’s side have hit seven and conceded only once. It is a positive reaction.

It is not just the goals, either. Setien said the way his players brought the ball out from the back was “close to perfection” at times. And on Ansu, who was a constant threat with his pace down the left, he added: “He’s a player who is emerging. He is working hard. He gives us solutions.”

So too does Messi, but it will be slightly worrying that a game which should have ended in a comprehensive victory came close to finishing in a disappointing draw. “The second half was strange,” Setien said. “We lost the ball a lot and we shouldn’t have.”

Clearly, Barca remain a work in progress under their new coach and after two morale-boosting victories at home, truer tests await over the next week. First, Setien’s side travel to Athletic Club in the Copa del Rey on Thursday and then, the Blaugrana are in action at his former club Real Betis in LaLiga on Sunday.

And although performances have been encouraging, home form was never really the issue for Barca, even under Ernesto Valverde. On the road is where improvement is needed and the next two matches will provide a truer test of Setien and his new team.