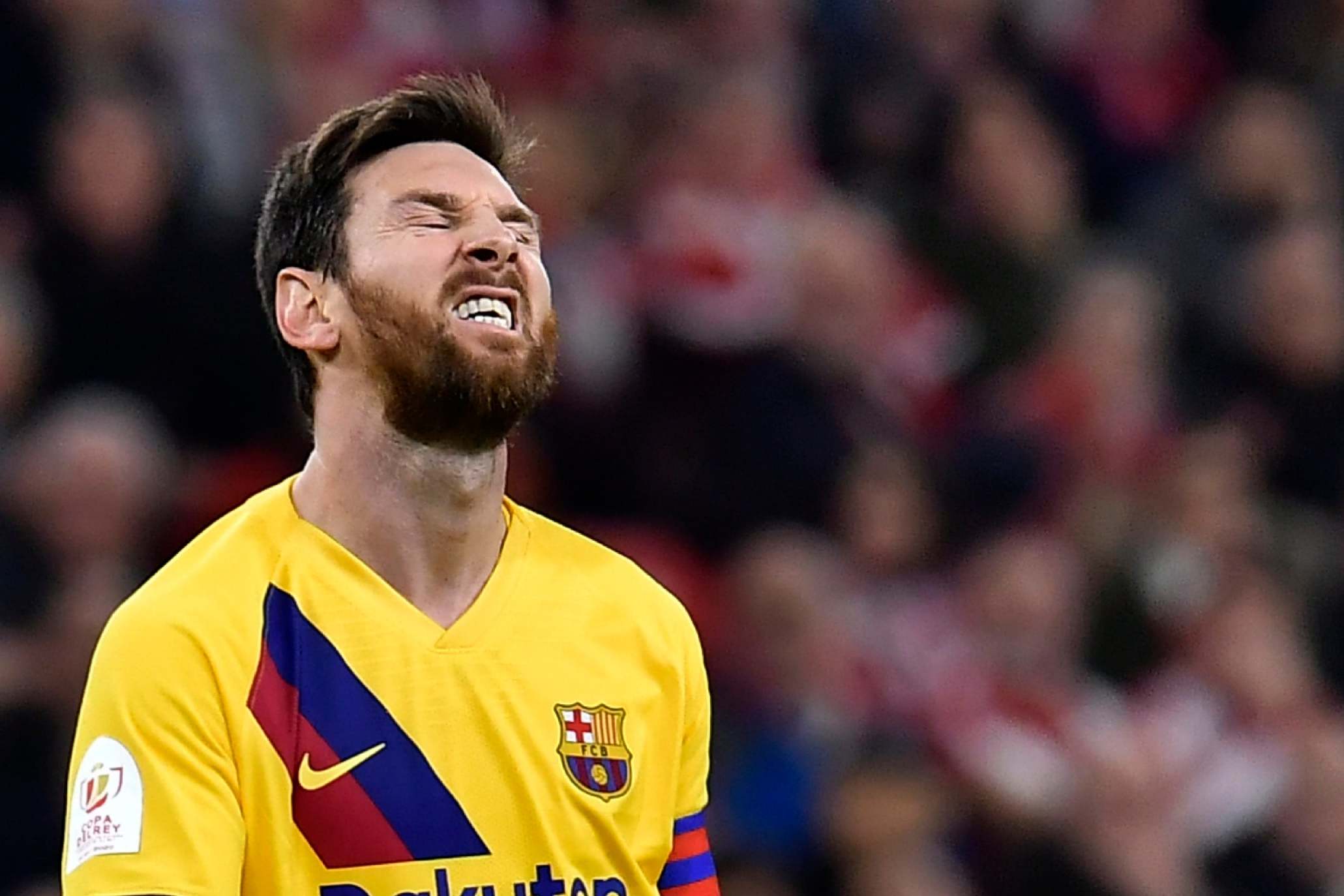 Sergio Busquets refused to blame Barcelona’s Copa del Rey exit on the public spat between Lionel Messi and the club hierarchy, insisting: “We are focused on the sporting side of things.”

Barca were knocked out of the competition at the quarter-final stage by Athletic Bilbao on Thursday night, just hours after Clasico rivals Real Madrid had also been eliminated at the hands of Real Sociedad.

The result comes at a difficult time for the club, with star man Messi having hit back  at suggestions by sporting director Eric Abidal that players were not working hard enough under former manager Ernesto Valverde, who was sacked last month.

Writing on Instagram, Messi had warned the club’s board to focus on their off-field duties, and when asked about the row, Busquets insisted that the players’ concerns were on the pitch.

“We are just focused on the sporting side of things,” he said. “We won in the league at the weekend but it wasn’t to be today.

“It’s a sad day for everyone. We didn’t want to go out. We have two competitions left, we have to keep on fighting. We have to continue. Everyone’s angry. We did things well.”

Barca were hit with a 93rd-minute sucker punch, as Inaki Williams scored the only goal of the game with a clever flicked header.


In previous seasons, quarter-finals in the competition were played over two legs, but the format has been altered to help accommodate an expanded Spanish Super Cup, with one-off ties now used until the semis.

“We deserved to go through, but this is the new Copa,” Busquest said. “In one isolated moment, it can slip away from you.

“A fateful ending after all that happened. That’s football. One cross has ended up in the back of the net. We’d managed the game well, we knew how to suffer but one detail and you’re gone.”