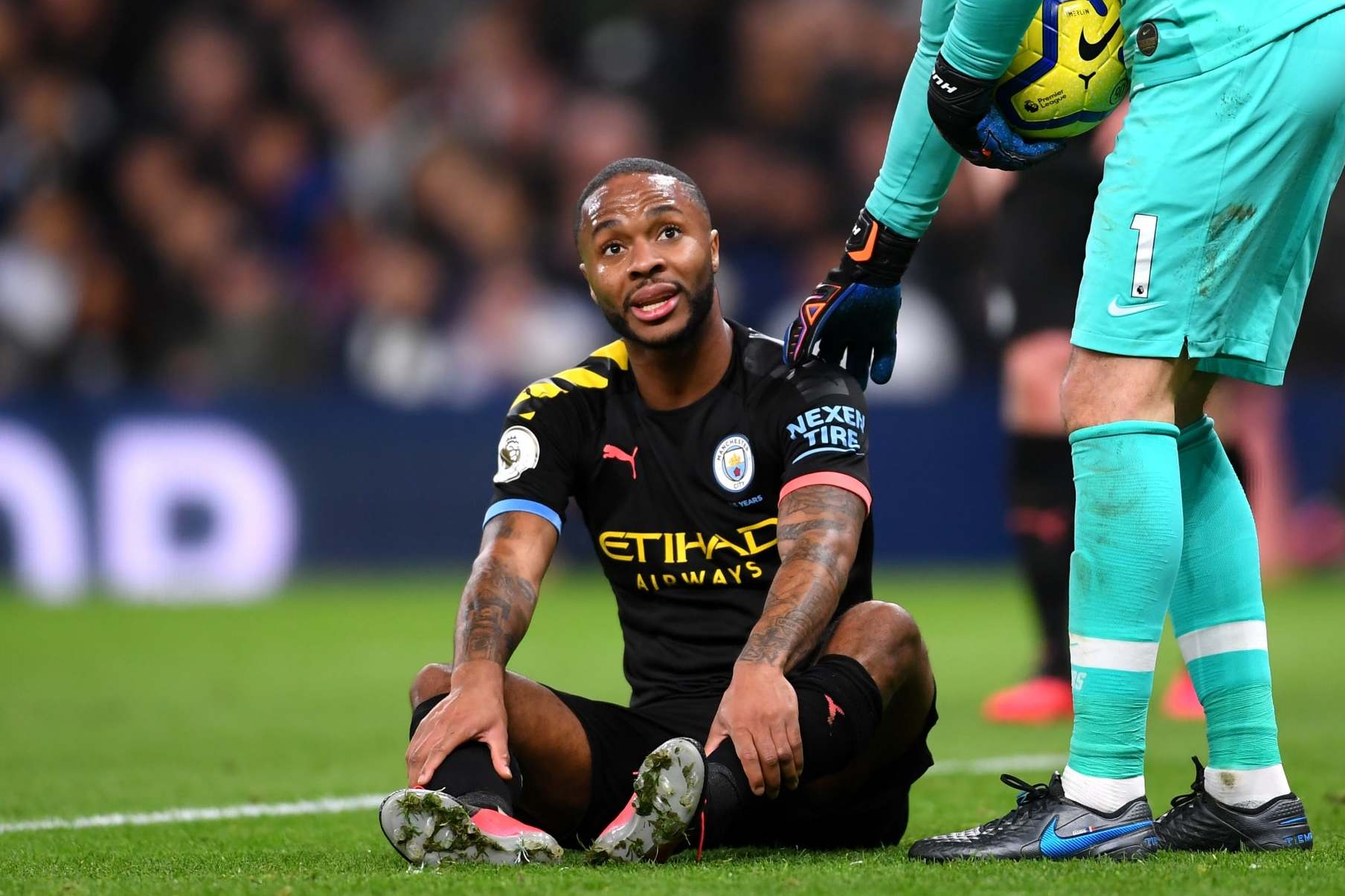 Raheem Sterling will miss Manchester City’s home Premier League game against West Ham on Sunday due to a hamstring injury.

The forward picked up the injury in the 2-0 loss at Tottenham last time out and there are reported fears Sterling could face some weeks on the sidelines.

“Raheem Sterling will miss our game against West Ham this weekend after scans revealed he has suffered damage to his left hamstring. Everyone at City wishes [Sterling] a full and speedy recovery,” City tweeted.

City will have a two-week winter break following Sunday’s game at the Etihad Stadium, allowing Sterling time to recover ahead of an important few weeks.

The champions first game back is a trip to the King Power Stadium to face Leicester City, looking to shore up their lead over Brendan Rodgers’ third-placed Foxes.

Then City travel to Santiago Bernabeu for the first leg of their Champions League last-16 tie against Real Madrid.