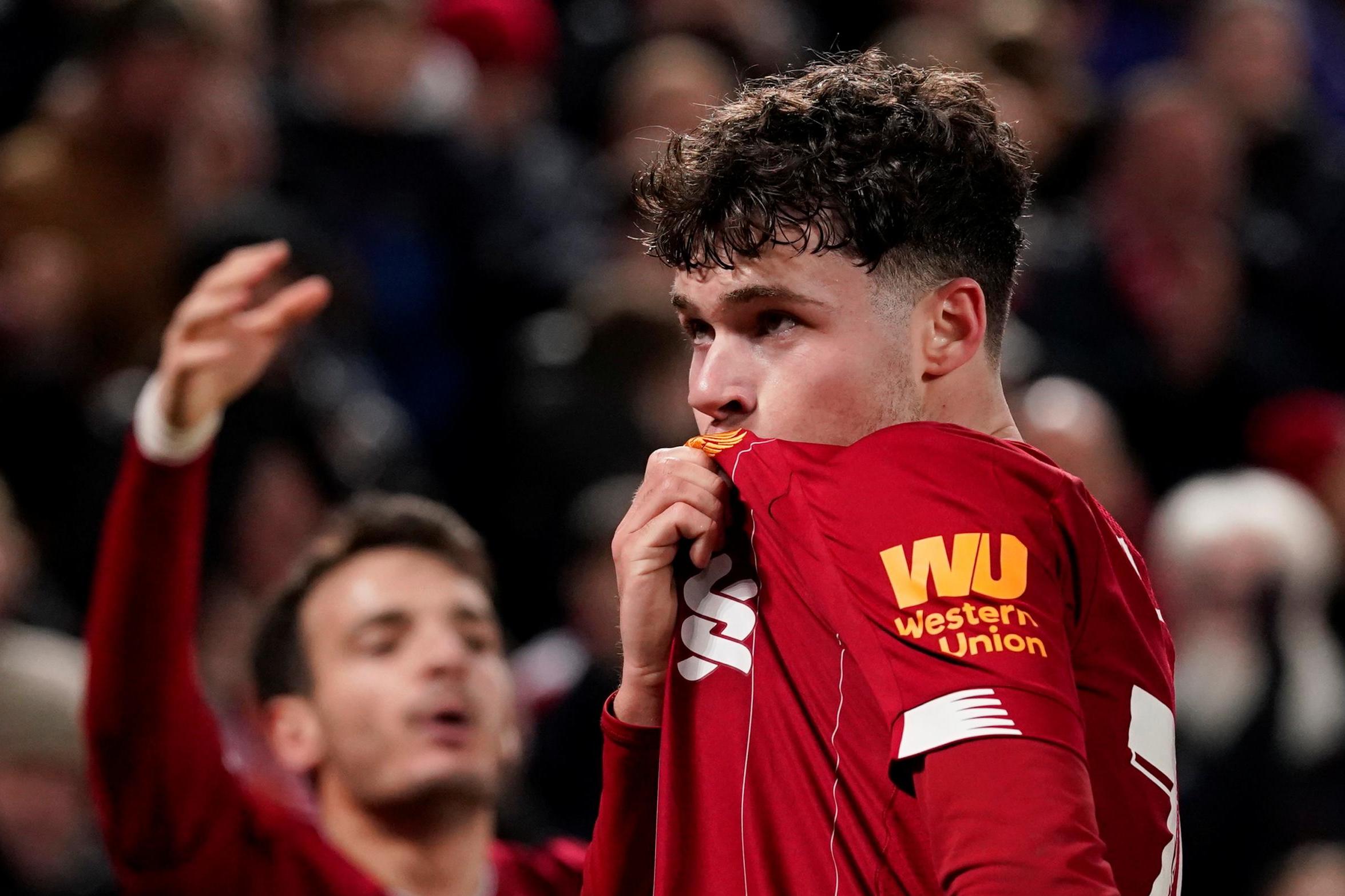 The 18-year-old has benefited from Jurgen Klopp’s insistence on fielding youngsters in the Carabao Cup and FA Cup this season, making five appearances for the first team.

The young full-back’s performances have not gone unnoticed, with Giggs reportedly set to include the defender in the squad for their upcoming friendlies against Austria and the USA in March.

And Giggs confirmed they are monitoring the Under-19 international’s progress after impressing for the Reds.

“We are looking at Neco because he is playing for a brilliant team at the moment and he has done really well when he has stepped up,” Giggs told BBC Sport Wales.

“When a player makes a few appearances in such a big club like Liverpool, he is suddenly catapulted into the public eye.

“He is a fantastic player, still young and still learning, but the energy and quality he has shown when he has stepped up into the first team has been really good, so it’s exciting.”

There have been suggestions that England are keen to snare the youngster due to his eligibility to switch his international allegiance.

While Giggs admits he is “worried” about the prospect of losing Williams, he is confident the teenager will continue his path to the senior squad.

“I think you are always worried when different countries come in and different permutations come in,” he added.

“But the likes of [Wales Under-21 coach] Paul Bodin, [Wales Under-19 coach] Rob Edwards and [Wales coach] Robert Page have enjoyed working with him and he has enjoyed playing for Wales.”

Tottenham players confident they have the attacking ‘quality’ to overturn Champions...