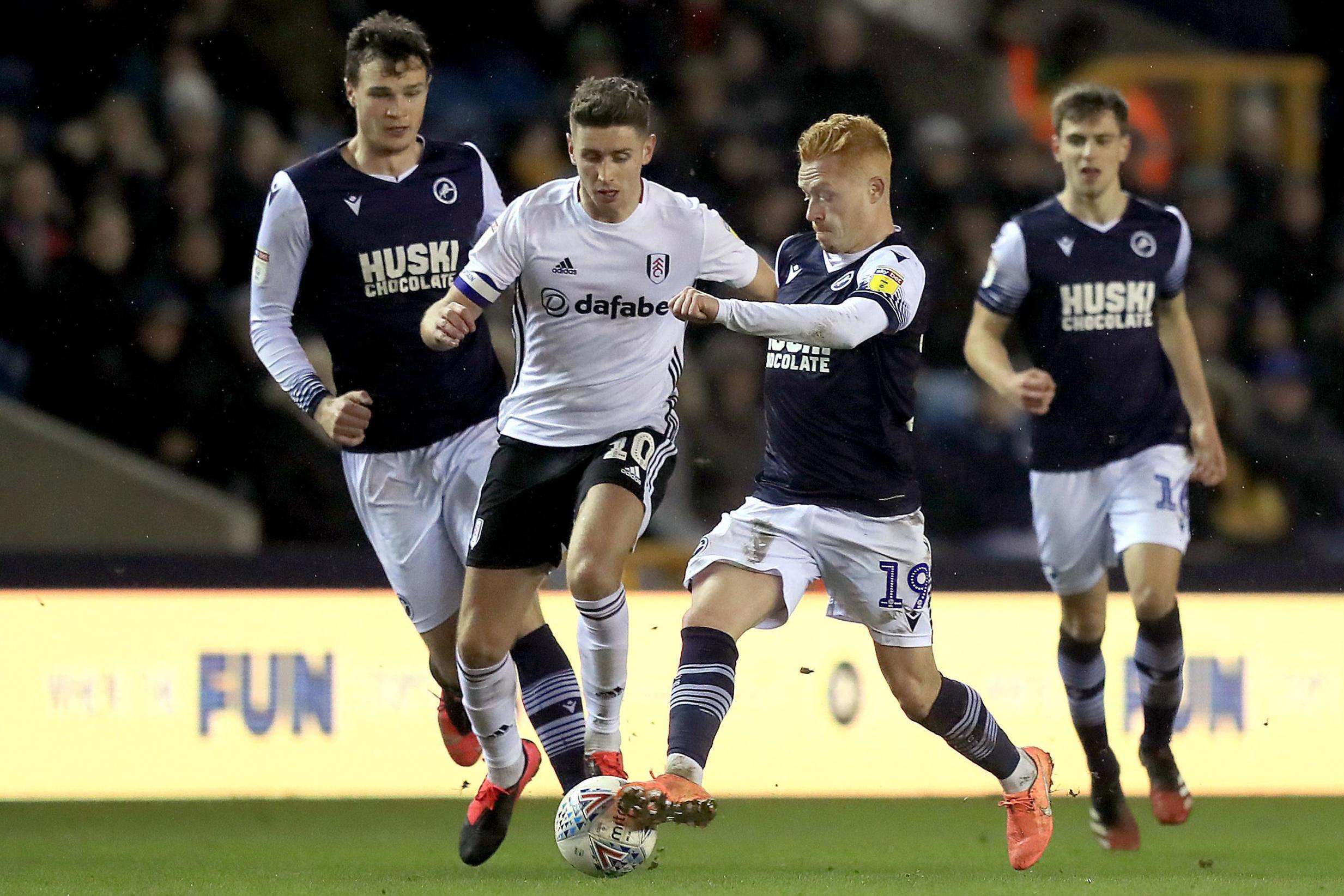 Fulham squandered the chance to leapfrog Leeds United into second place in the Championship as Millwall came from behind to earn a point in an entertaining London derby.

Aleksander Mitrovic’s third-minute strike was cancelled out by Jon Dadi Bodvarsson’s finish five minutes later and it should have been worse for the visitors after Jed Wallace’s awful penalty miss in the first half.

Parker, who was facing his former Charlton teammate Gary Rowett for the first time in the dugout, will be frustrated by his side’s failure to carve out chances, although Millwall, who are now winless in four, deserve credit for another committed performance.

Fulham struck the first blow with barely two minutes on the clock, as Mitrovic capitalised on dozy Millwall defending to bag his 21st league goal of the season.

Josh Onomah drew a midfield foul and Harry Arter and Joe Bryan exchanged passes from a short free-kick before the left-back curled a gorgeous ball to the ball post, where Mitrovic was on hand to convert from close range.

It was an ominous start for Millwall, who had lost their last three meetings with the Cottagers without scoring, but it took the hosts just five minutes to hit back, albeit controversially.

The second of two Ryan Woods corners was headed towards the back post, via a hefty deflection, by Shaun Hutchinson and Dadi Bodvarsson calmly finished on the volley. Fulham were convinced Icelander was in an offside position and Mitrovic led the charge to surround the linesman whose flag had stayed down.

After consulting with his assistant and a non-technology-related delay, referee Andrew Madley awarded the goal, ruling that Onomah rather than Milwall’s Tom Bradshaw helped on Hutchinson’s header.

With the cut-up Den pitch proving a leveller and preventing from Fulham from stroking the ball around, the Lions continued in the ascendency and should have taken the lead after 21 minutes.

Jed Wallace pounced on a loose ball and drove inside before finding Mahlon Romeo. The wing-back darted into the area and was immediately caught by Bryan, with Madley having no hesitation in pointing to the spot.

Wallace stepped up but blazed his penalty straight over the bar, nearly into the jubilant Fulham fans in the second tier behind the goal.

It was a measure of Millwall’s grit that it took Fulham until the half-hour mark to begin to pass the ball with some of their usual authority but found the Lions’ three-man defence hard to penetrate.

Aboubakar Kamara pointedly looked down at the pitch after shanking a cross straight out of play and the Cottagers finished the half with only one more effort of real note, as Mitrovic fired straight at goalkeeper Bartosz Bialkowski in stoppage-time.

Parker made a tweak at half-time, switching to 4-2-3-1 and pushing Onomah higher up the pitch. The former Tottenham player immediately became more influential and had all three of Fulham’s chances in the opening 20 minutes of the half, twice slicing wide with his left foot before failing to get a firm header on Kamara’s cross.

Millwall were giving the ball away too cheaply but continued to look threatening on the counter-attack, with Jed Wallace nearly forcing an own goal after winning and then whipping in a free-kick.

The Lions squandered another glorious chance for a win which would have moved them back into play-off contention when Bradshaw broke free but his weak effort was easily saved by Marek Rodak in the Fulham goal.

It was to be the centre-forward’s final act of the match as Rowett signalled his contentment with a point by replacing him with midfielder Ryan Leonard, on for his first appearance since October due to injury.

Fulham almost found a winner in stoppage time with Neeskens Kebano latching onto Ivan Cavaleiro’s corner at the near post – only for his effort to come back off the crossbar.

Given the circumstances, both managers will probably regard it as a decent point, as well as a big opportunity missed.

Euro 2020 qualifying tables: Groups A to J latest standings and...