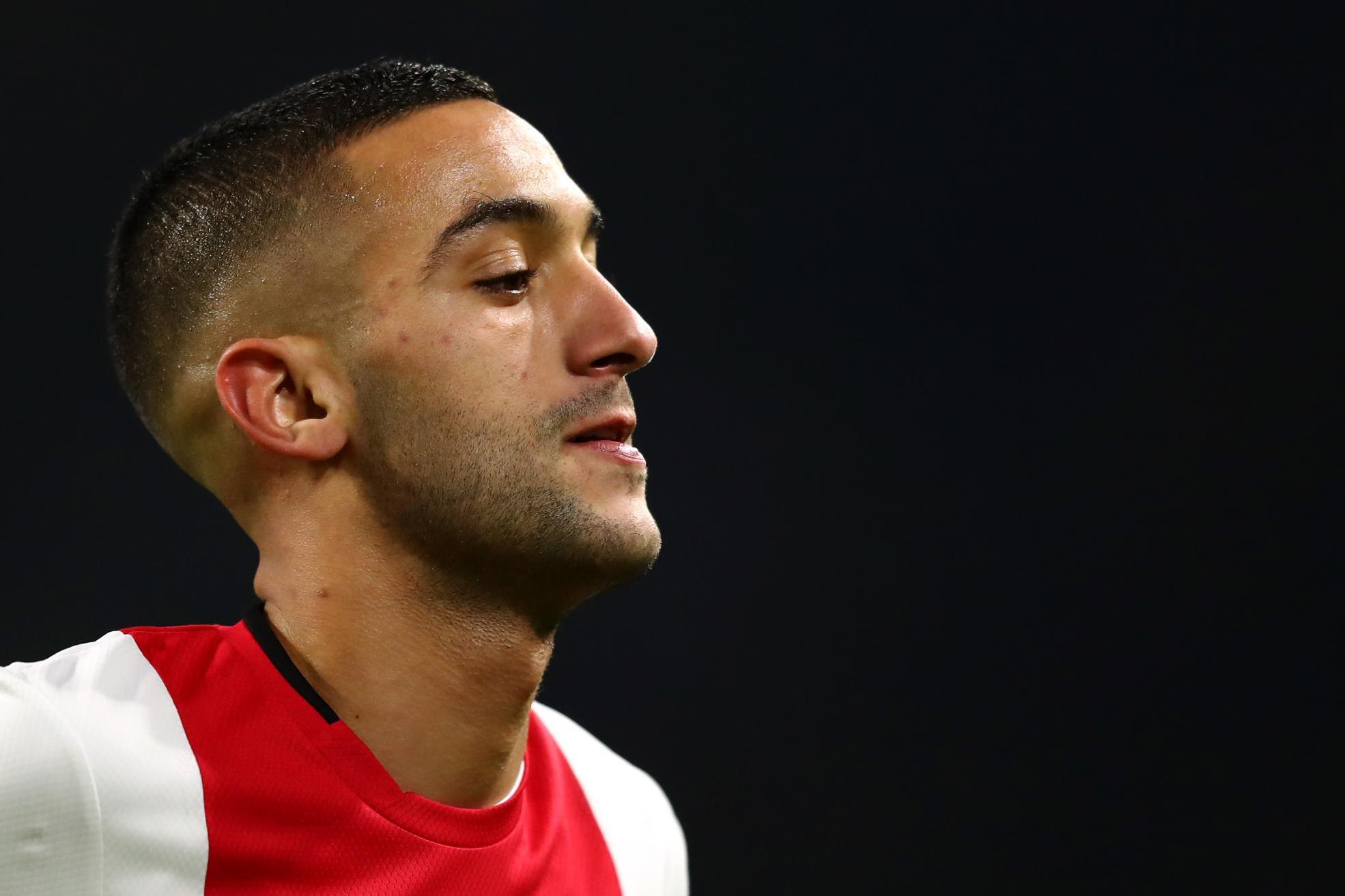 Chelsea’s planning for next season has already begun with the impending arrival of Ajax winger Hakim Ziyech.

The 26-year-old is poised to join the Blues in a deal worth €45 million (£37.8m), with only personal terms yet to be finalised, ahead of the summer transfer window.

The Morocco international starred for the Eredivisie giants last season, scoring 21 goals and registering 16 assists in all competitions as the Dutch side reached the Champions League semi-finals.

The Blues have pulled off a transfer coup by agreeing a deal with Ajax, with a number of European clubs – including Bayern Munich – reportedly interested in the winger.

Ahead of his potential summer switch, here are three options for how Ziyech might fit in next season…

This seems to be the most likely formation that Ziyech could slot into with Frank Lampard favouring the 4-3-3 setup for the majority of their games this season.

It wouldn’t require much adaptation, given he has thrived in a right-wing role for Ajax as part of the front three with Dusan Tadic and David Neres.

That could result in Willian being squeezed out of the starting XI, with Callum Hudson-Odoi a possible starter on the left. American winger Christian Pulisic could also face more time on the bench as a result.

Ziyech may be given more licence to roam in this formation as one of the three attackers in what it is a balanced formation.

With Antonio Rudiger offering defensive support and Reece James likely to make forward runs from wing-back, it would allow Ziyech to position himself a few yards further as an inside forward.

This could give Chelsea a huge advantage on the right, with James and Ziyech both accomplished crossers of the ball and striker Tammy Abraham a natural target man in the six-yard box.

Head coach Lampard has reiterated his desire to have a natural creative source in his side, especially when facing lower-ranked teams at Stamford Bridge.

Chelsea’s inability to break down teams has cost them dearly this season and using Ziyech in a central ‘No.10’ role could help unlock deep-lying defensive lines, with Willian and Hudson-Odoi supporting out wide.

It could be that Lampard only uses this when Chelsea are expected to dominate possession because while Ziyech is a fine playmaker, there are question marks over his defensive capabilities and tendency not to track back.