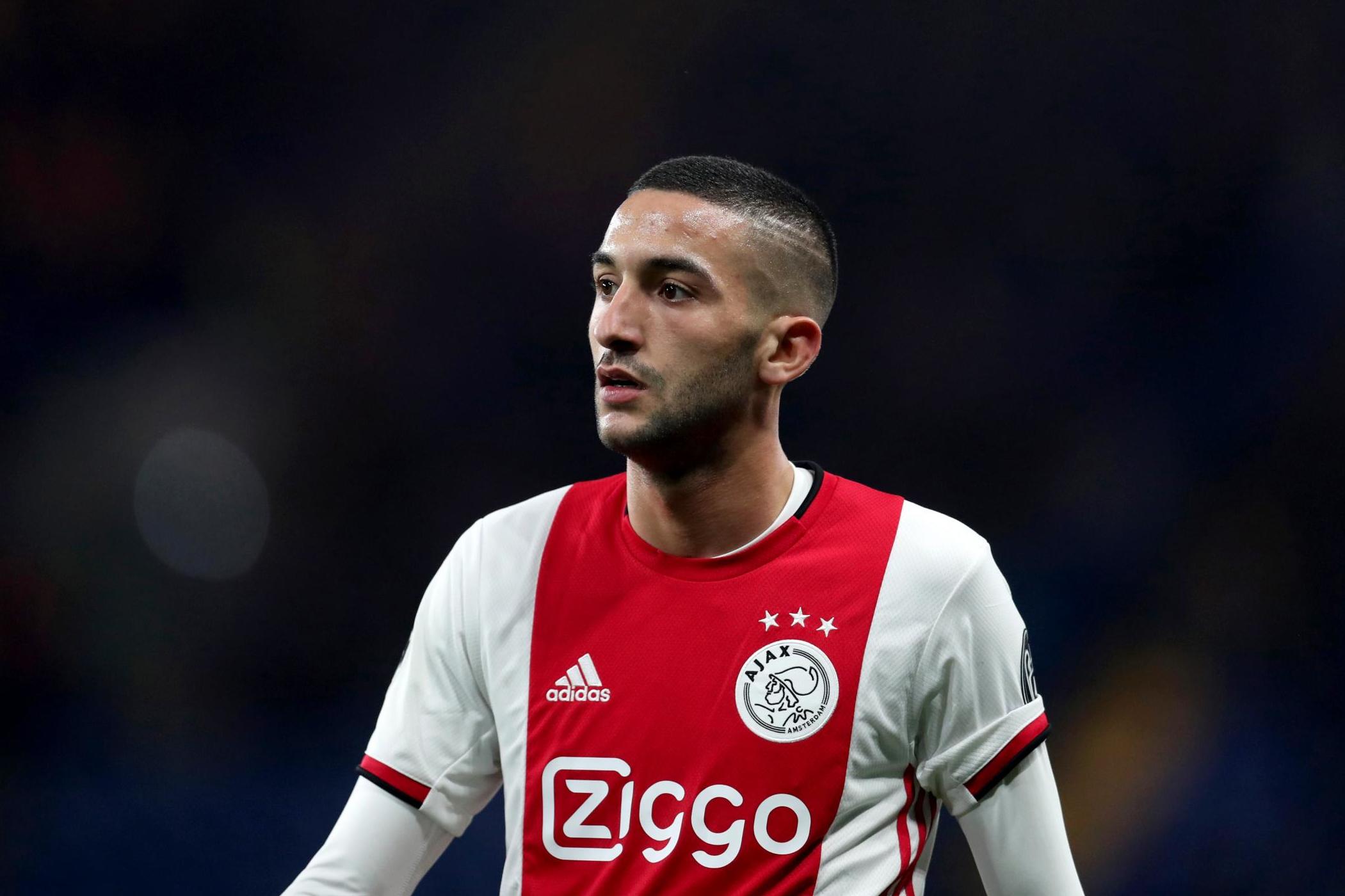 The January transfer window may have closed only two weeks ago but Chelsea are already planning ahead having agreed a fee for Ajax winger Hakim Ziyech.

The Blues are confident of completing a £37.8m (€45m) deal for the 26-year-old ahead of the summer transfer window.

Head coach Frank Lampard has been an admirer for some time and made Ziyech one of his key transfer targets in January, but Ajax were reluctant to lose one of their prized assets midway through the season.

It would mark a transfer coup for the west London side given that Ziyech was heavily linked with Bayern Munich in the summer.

Ziyech is yet to discuss personal terms but with Chelsea the only club making a concrete offer, a deal should be finalised within days.

Here, we take a look at how the playmaker could fit into the Blues’ system…

Born in the Netherlands to Moroccan parents, Ziyech spent his youth career playing for amateur sides Reaal Dronten and ASV Dronten in his hometown before joining Heerenveen’s academy at the age of 13.

Having made his debut in the Europa League against Rapid Bucharest in August 2012, Ziyech would later make his Eredivisie bow against NEC Nijmegen. But it wasn’t until the 2013-14 campaign that the winger would start to attract attention from bigger clubs, eventually signing for FC Twente.

Ziyech wasted no time in making an impression, repaying the Dutch side with a hugely respectable return of 34 goals in 76 appearances, and that goalscoring return convinced Ajax to part with €11 million for him in August 2016.

It wasn’t until Erik ten Hag arrived at the club in 2017 that Ziyech showed his true ability. The winger, as part of a lethal triumvirate that included David Neres and Dusan Tadic, struck 21 goals as Ajax clinched the Eredivisie title and reached the semi-finals of the Champions League – a run of 17 games from the qualifiers to the last four.

His best performance in the white and red of Ajax came at the Santiago Bernabeu when Ajax dumped the Champions League holders out of the competition with a stunning 4-1 win. Ziyech opened the scoring and wreaked havoc for the Real defence as the Dutch side produced one of the biggest shocks in the competition’s history – having lost the first leg 2-1 at home.

Despite being left-footed, Ziyech has operated from the right side of Ajax’s front three for the past two seasons – and to devastating effect.

His ability to whip in inswinging crosses from the flank has given Ajax another outlet when the middle of the pitch is congested. He gave Chelsea fans a glimpse of what they can expect from him, curling an incredible cross to the far post to set up Quincy Promes’ goal as Ajax and Chelsea played out an incredible 4-4 draw in the Champions League earlier this season.

It was also his crafty free-kick which caught out Kepa Arrizabalaga, hitting the post with a deep delivery before it bounced off the Spaniard and over the line.

How he would fit in

That versatility would allow him to slot in Chelsea’s 4-3-3 setup quite easily, providing competition with Willian and Callum Hudson-Odoi. Alternatively, Ziyech would be comfortable operating as the most advanced of a three-man midfield, although there are question marks over his defensive attributes.

Ziyech possesses a wand of a left foot and his ability to score from outside of the box is something a long-range connoisseur such as Lampard would surely admire.

The English coach has often spoken about the need for a creative midfielder to replace Eden Hazard, who was sold to Real Madrid over the summer. With an eye for a pass, few would argue Ziyech would help alleviate Chelsea’s inability to break down teams.

There aren’t many more prolific midfielders in football than Ziyech right now, which has left many to question why the top European clubs have opted against moving for him before now.

In 28 appearances for Ajax this season, Ziyech has scored nine goals and registered 18 assists in all competitions.

While the Eredivisie arguably does not boast the same standard as the top five European leagues, Ziyech has registered double figures in both goals and assists in each of the last four seasons. He proved he can deliver similar results in the Champions League last season, with five goals and four assists in 17 appearances.