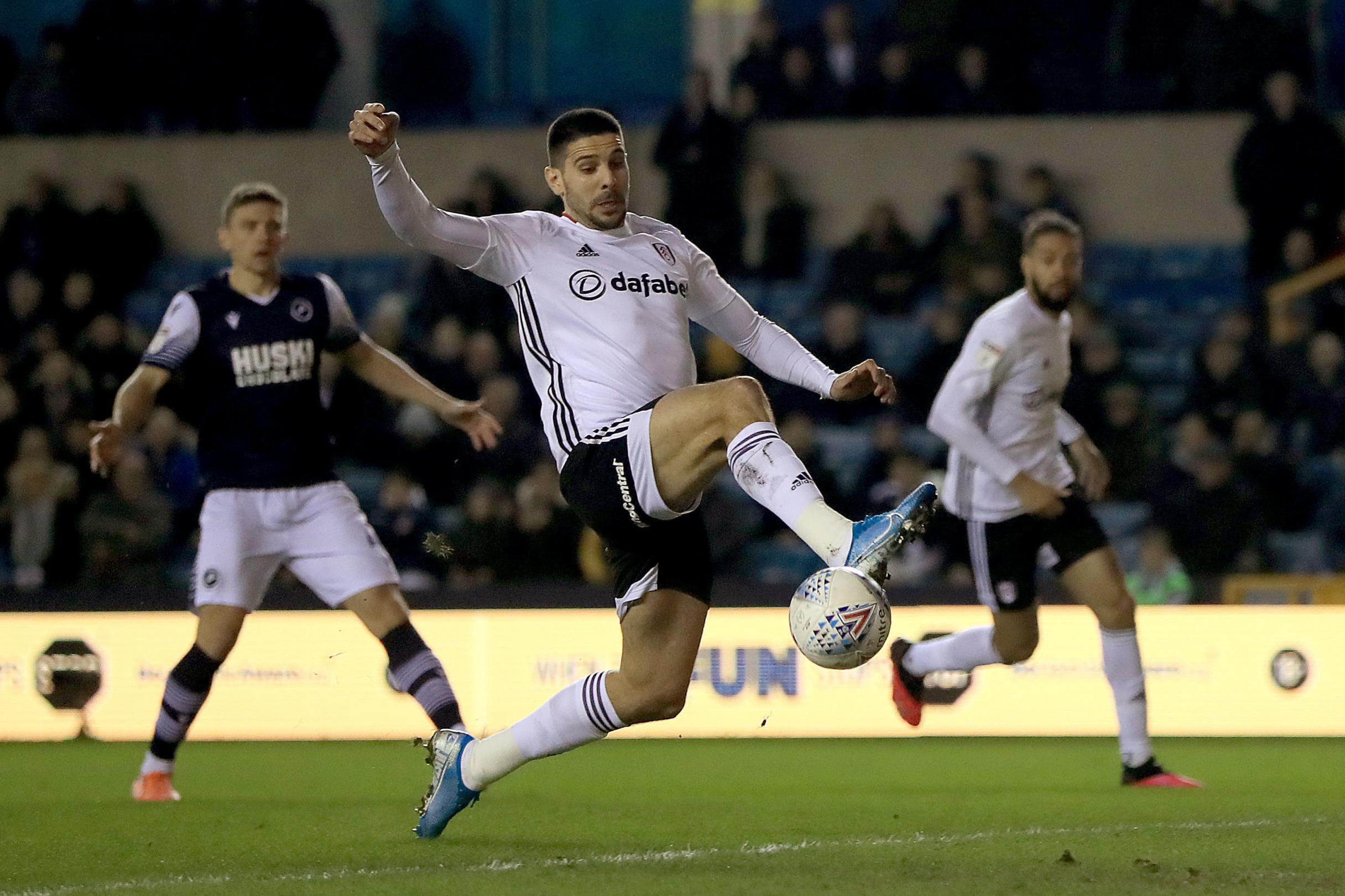 Mitrovic left The Den proud of Fulham’s efforts on a difficult pitch against a “proper Championship team” and claimed the visitors were robbed by Jon Dadi Bodvarsson’s controversial equaliser.

Millwall boss Gary Rowett also had mixed emotions after watching his side earn a commendable point but miss a first-half penalty through Jed Wallace.

Mitrovic’s third-minute strike – his 21st Championship goal of the season – was quickly cancelled out by Bodvarsson but Fulham were convinced he was offside, with Mitrovic leading the charge to surround the linesman before the officials belatedly ruled that Fulham’s Josh Onomah had helped the ball into the Icelander’s path.


“It was obvious, you could see it was a big offside. The referee told me he was not sure who played the ball so he had to give the goal. But that’s football, we have another game in two days and we move on.”

Fulham manager Scott Parker also found it hard to look beyond the decision, claiming it “dented” his side who “took the error into the remainder of the half”.

Wallace should have given Millwall the lead from 12 yards but the winger smashed his 21st-minute penalty off the top of the crossbar and nearly into the jubilant away fans in the second tier.

The Den’s worn pitch, worsened by Sunday’s 2-0 defeat to West Brom during Storm Ciara, proved a real leveller and Mitrovic offered a backhanded compliment to Millwall, who remain seven points outside the play-off places in 11th.

“It was bad pitch but bad for them too,” he said. “You have accept it, we tried to [play] good football but we didn’t create too many chances.

“It’s hard, they’re a proper Championship team with a good experienced manager, a mid-table team and a tough place to come here and get the points. Not many teams could do this.”

Despite their frustrations, Fulham moved level with stuttering Leeds, having trailed Marcelo Bielsa’s side by 12 points before Christmas, as Mitrovic went ahead of Brentford’s Ollie Watkins as the division’s outright top  scorer.

“You have them [Leeds] always in your mind but we need to make sure we do our job well, we look at ourselves and we know that hurting them depends on us,”  said the Serbian.

“If we play our game, we’ll be there.

“But we know this league, we know what to expect. It’s really, really tough. If you go into a game, you can never say we’re going to beat this team. If it’s last or first, you never say it’ll be an easy game.

“This league is a marathon not a sprint. We have really closed the gap a lot already, so we’ve done a brilliant job.

“I think at Anderlecht I scored like 20 league goals and 10 in the Champions League and Europa League, so I don’t think it’s my best season,” he added.

Rowett, who was able to play fit-again Millwall midfielder Ryan Leonard for the first time since October, said: “It was a good performance overall.

“Fulham had a lot more possession but I thought we had the better chances, I don’t think [goalkeeper] Bart [Bialkowski] was worked that hard. So we are disappointed with a draw perhaps but certainly a much more positive performance.”