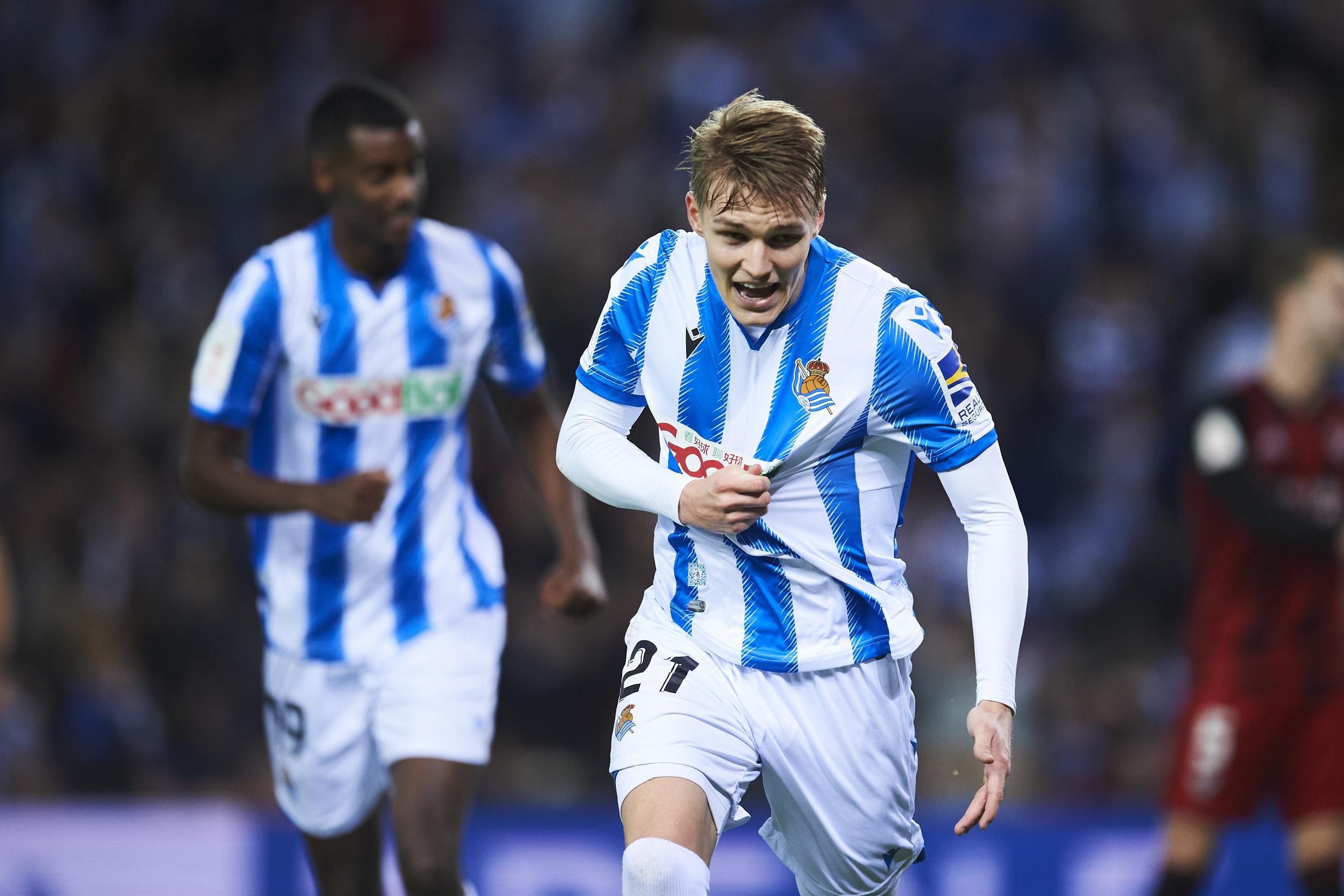 Real Sociedad’s Copa del Rey semi-final against Mirandes remains very much in the balance after a 2-1 win for the Basques over the Segunda side at Anoeta on Thursday night.

Mikel Oyarzabal fired the home team in front from the penalty spot after just nine minutes following a foul by Odei Onaindia on Portu, the Spanish international keeping his cool to slot a low shot past Mirandes goalkeeper Limones.

Limones, whose real name is Jesus Reguillos Moya, was a hero in the previous rounds as Mirandes knocked out three top-flight teams: Celta Vigo, Sevilla and Villarreal.

He might have expected a busy night in San Sebastian, with all of those victories having been at home, but his side competed on equal terms for most of the night.

Striker Matheus Aias levelled the scores after 39 minutes when he found himself in an excellent shooting position just inside the area, cut back and hit a low shot which found its way into the corner off Nacho Monreal.

Real Sociedad retook the lead just three minutes later, though, as Martin Odegaard saw a fierce drive saved by Limones, who also parried the rebound from Portu, but could do nothing to stop the Norwegian’s follow-up shot.

The second half was an even affair as Real Sociedad sought a third goal and Mirandes attacked on the counter.

Limones saved well from Oyarzabal and also got down low to parry a header from one of his own defenders following a free-kick deep into stoppage time.

The second leg will take place in Miranda del Ebro on March 4, with the winner to meet either Athletic Club or Granada in the final on April 18.