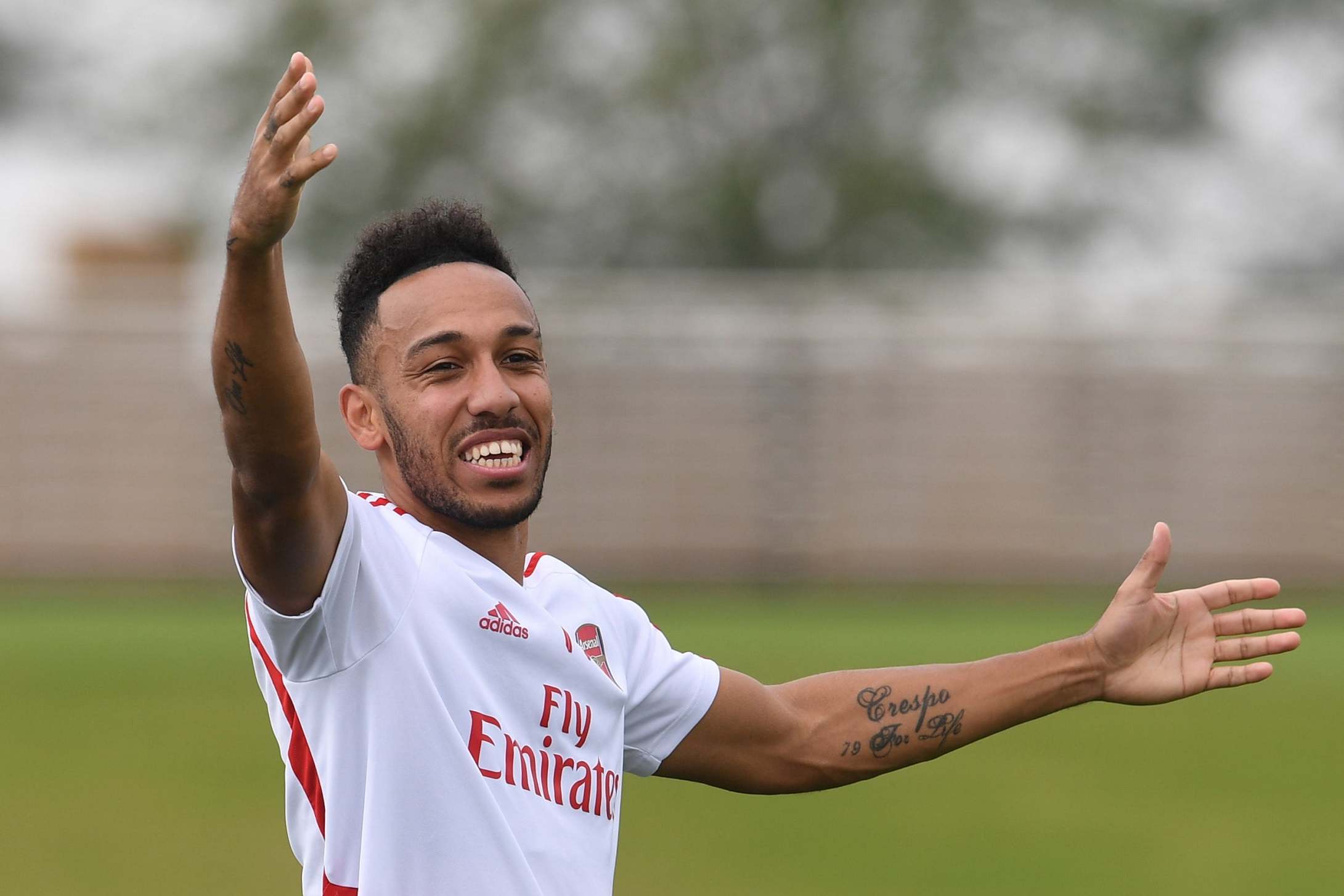 Arsenal captain Pierre-Emerick Aubameyang is putting his team’s targets ahead of his own quest to retain the Premier League’s golden boot.

Aubameyang was the joint top scorer in the Premier League last season after both he and Liverpool forwards Mohamed Salah and Sadio Mane scored 22 goals.

The Gabon international is in contention to win the golden boot again as he is only three goals off current top scorer Jamie Vardy, who has scored 17.

Aubameyang would naturally love to retain the trophy, but he is more concerned about lifting Arsenal out of their current League position of 10th.

“First of all, I think I will always say for me most important is the team and our targets,” he said.

“So that’s the first thing – and if I can be top scorer that’s cool. For the moment, we’re trying to get some wins, and that’s the most important thing.”

The Gunners have just returned from a winter training camp in Dubai, where new head coach Mikel Arteta was given time to drill the squad.

The Spaniard has previously not been afforded such time as he was appointed during the busy festive period.

Now, though, Arteta has been able to implement his philosophy and Aubameyang thinks the time in Dubai will serve the team well going forward.

“I think it is a good one (the winter training camp) for the spirit of the team and we are feeling well,” he said.

“It was important for us and we try to improve every day.