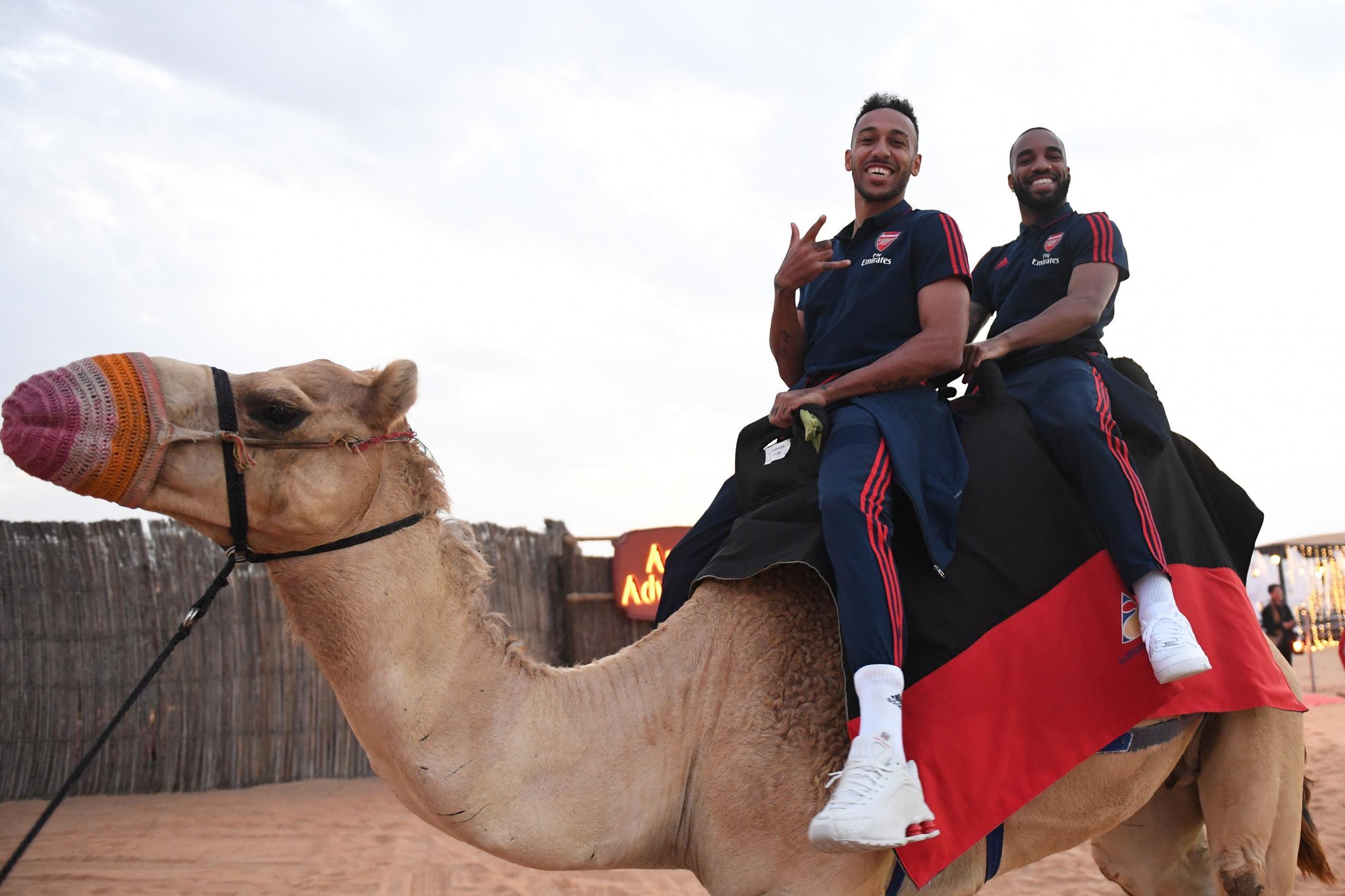 After years of people calling for a Premier League winter break to be introduced, its introduction for the first time this season has hardly run smoothly or been received as expected.

The timing of it has been the biggest issue, with some arguing it has come too late given top players such as Harry Kane, Jamie Vardy and Marcus Rashford all got injured before their time off began.

There is also the fact it clashed with FA Cup replays, prompting Liverpool to field their Under-23’s against Shrewsbury, while Tottenham manager Jose Mourinho added “the break comes in the wrong moment” for Spurs as they do not have a clear run at their Champions League last-16 tie against RB Leipzig on Wednesday.

You will not, however, find any complaints from Mikel Arteta and Arsenal, who have just returned from a warm-weather training camp in Dubai ahead of Sunday’s match with Newcastle.

The break has come at the perfect time for the Spaniard, who was appointed back in December during the busy festive schedule.

In the early days of Arteta’s tenure, there was a point where he had overseen more matches than training sessions.

Arsenal’s FA Cup run meant January was equally busy, so his side’s two-week break has finally given Arteta the time on the training ground he craved.

The former midfielder has treated the time away as a mini pre-season and, while players’ Instagram accounts may tell you otherwise, the club’s time in Dubai was certainly not a holiday.

The players were given time off before the camp began, with many of them flying out early to enjoy some winter sun in Dubai, but once training started on Friday afternoon the work well and truly begun.

Double sessions duly followed for the squad — as is often the case in a traditional pre-season — and Arteta was able to drill his footballing philosophy into the players.

A high level of intensity has been a recurring theme of the Spaniard’s sessions so far, which have gone down very well with the squad, but it is also his attention to detail that is winning players over.

“I was doing one thing with one of the players on the training pitch the other day,” says forward Reiss Nelson. “He came over and he showed me another thing to do and it is that little detail which is incredible.”

Nelson’s time in Dubai sums up the perfect timing of the break. Both he and Kieran Tierney travelled early to begin their rehabilitation, while the latter arrived for some sessions nearly an hour before to put in some extra solo work on the grass before going indoors.

This time on the training ground should be key for Arteta as he enters a defining period. However, just as important during the trip to Dubai was what took place off the pitch.

We have heard about how great a coach Arteta is from the likes of Pep Guardiola but his skills as a people person are winning many over at the club.

It was first demonstrated immediately after he was appointed by Arsenal back in December when he gathered all his coaching staff and headed to the club’s offices by Emirates Stadium.

Once there, Arteta and his coaches went around every department introducing themselves and stressing how they are one team.

It is an attitude that was clear in Dubai as team bonding exercises involved everyone — players and staff — meaning no one could miss David Luiz showing off his belly dancing skills during Monday’s desert experience.

The hope is this unity will stand Arsenal in good stead for the rest of the season, beginning with a match against Newcastle on Sunday.

Arteta has returned from Dubai with a near fully-fit squad and a rejuvenated group who look ready for the challenge ahead.

Only time will tell, but these past two weeks could turn out to be vital for Arteta and Arsenal.