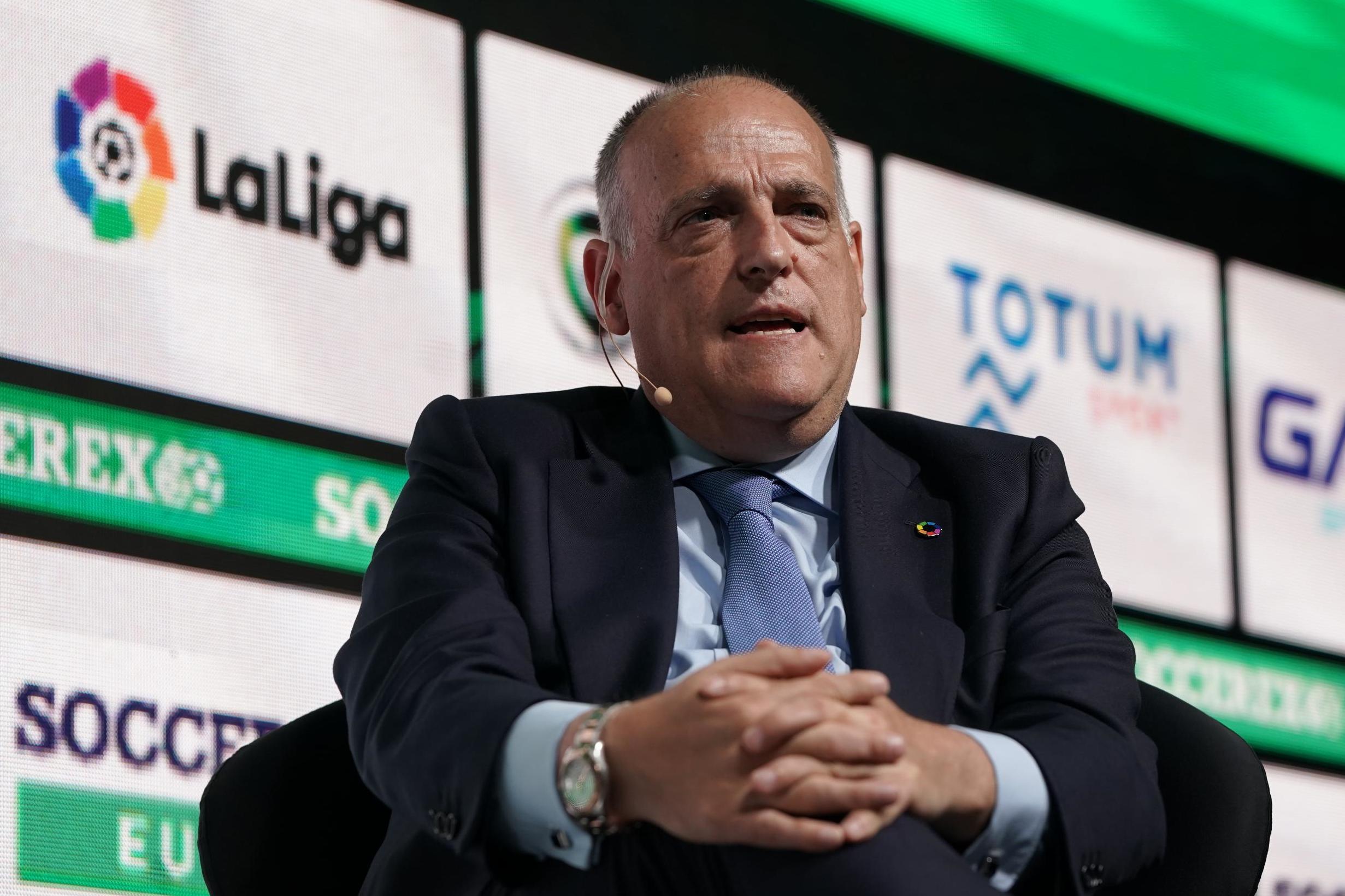 Uefa said City had committed ‘serious breaches of the Uefa Club Licensing and Financial Fair Play Regulations by overstating its sponsorship revenue in its accounts and in the break-even information submitted to Uefa between 2012 and 2016’.

Tebas has long spoken out against Manchester City and Paris Saint-Germain for allegedly breaking FFP rules and the 57-year-old welcomed Friday’s announcement.

“Enforcing the rules of financial fair play and punishing financial doping is essential for the future of football.  For years we have been calling for severe action against Manchester City and Paris Saint Germain.

“We finally have a good example of action and hope to see more.