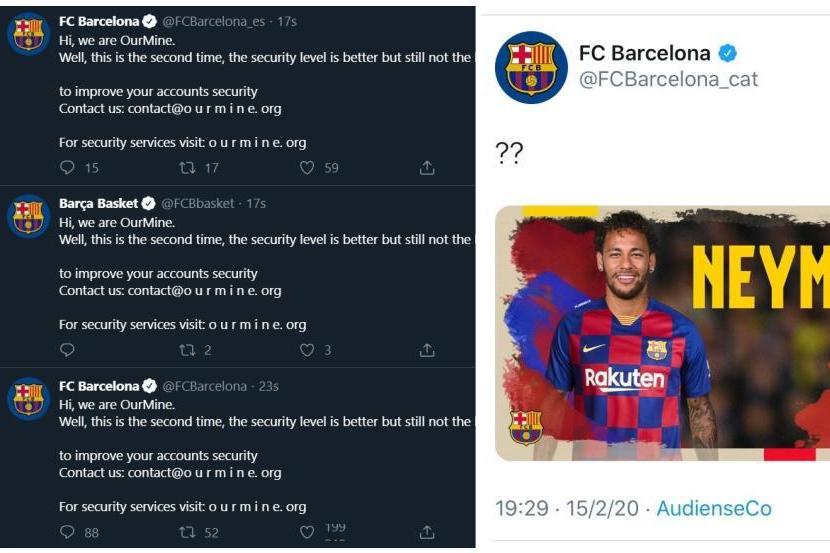 All was normal as the Catalan club posted a match report and some injury news on their social media channels following their 2-1 win at home to Getafe, but some strange posts appeared later on.

“Hi, we are OurMine. Well we read some private messages and it look like Neymar will back here,” a first post read.

Not long after that, a second appeared. “Hi, we are OurMine. Well, this is the second time, the security level is better but still not the best,” it read.

And it added: “To improve your accounts security contact us: Contact@ourmine.org.”

On the Catalan language account, a picture of Neymar in a Barcelona shirt was even posted, while the Arab version featured a #bartumeoout (sic) hashtag in reference to president Josep Maria Bartomeu.

Barca later confirmed that their accounts had been hacked, apologised for the inconvenience and promised a full investigation.