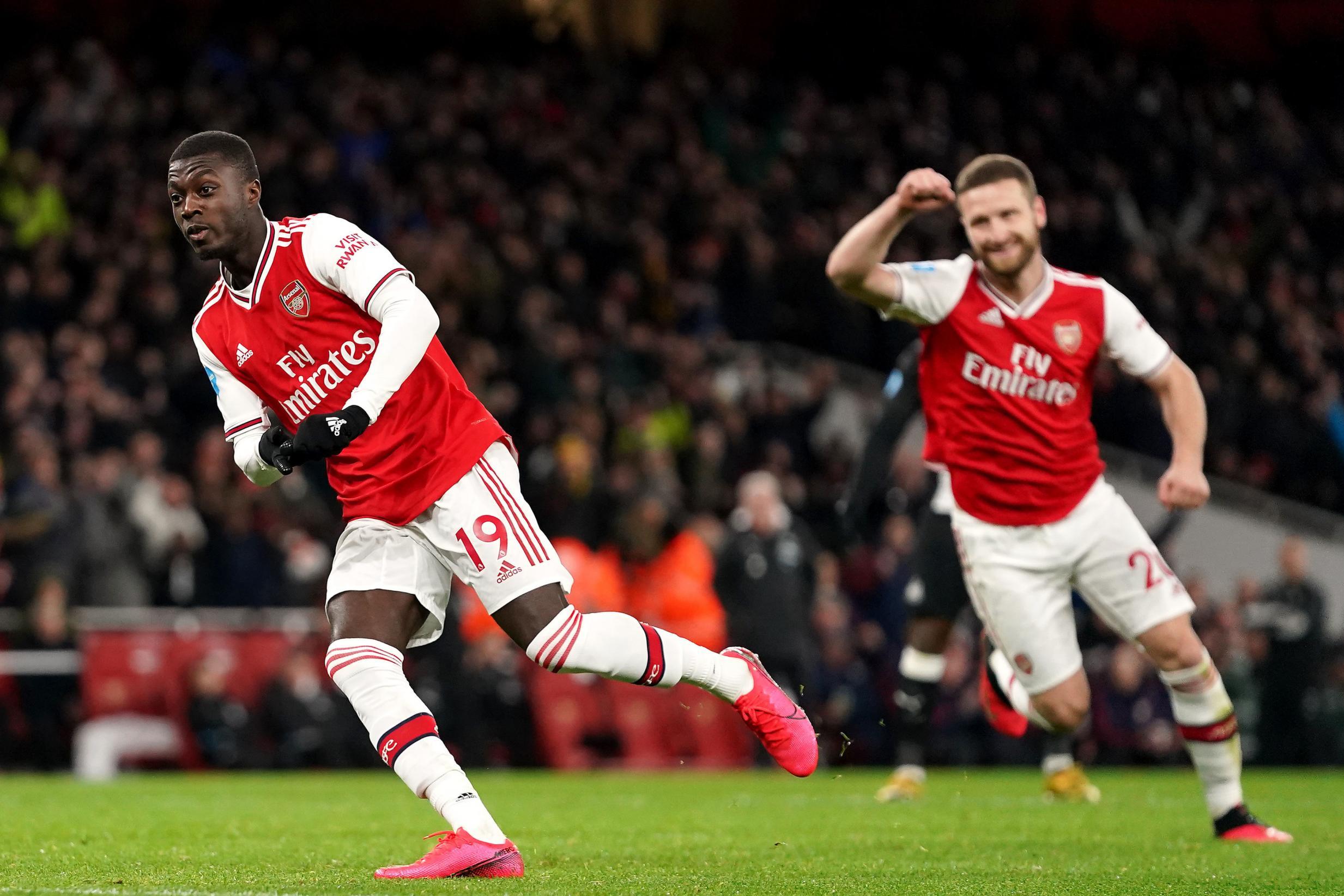 Arsenal produced a goal-laden second-half display after brushing aside Newcastle United 4-0 at the Emirates Stadium.

Mesut Ozil scored his first Premier League goal since April 2019 in the final minute of normal time to kill the game off.

But there was still time for substitute Alexandre Lacazette to end his goal drought with a strike deep into stoppage time to seal the rout.

Mikel Arteta promised before this visit of Newcastle that Arsenal may well still see the best of Nicolas Pepe this season.

So far, the Ivorian has struggled to adapt to the Premier League since moving to Emirates Stadium in the summer from Lille.

Arsenal paid a club record fee of £72million for him – a figure Arteta admitted won’t be helping Pepe’s cause – but instead £7m Gabriel Martinelli has out shone him.

Given Pepe’s struggles, some Arsenal fans had resigned themselves to the fact they may not see the best of the winger until next season. Arteta, however, vowed on Friday that did not need to be the case and two days later Pepe showed why.

The 24-year-old set up Pierre-Emerick Aubameyang for Arsenal’s first goal and then got in on the act by tucking home the team’s second.

He even rounded off a superb display by setting up Alexandre Lacazette for his first goal since December.

In doing so, Pepe played a pivotal role as the Gunners broke down a stubborn Newcastle side and supporters finally got to see a glimpse of the player who terrorised Ligue 1 last season.

It has been a far too rare occurrence this season and the winger has looked off the pace at times. There have been too many false dawns this term as well, when we thought Pepe was going to come of age.

Anyone remember his brace against Vitoria in the Europa League? Or how about his strike against West Ham? Or his goal against Manchester United? They were not followed up by another good performance in the next match, but you get the feeling now this really could be the start of Pepe making his mark in north London.

When discussing the Ivorian on Friday, Arteta mentioned how the winger had struggled because he had not been given an extended run of games.

Now Arteta is in charge that is something which can swiftly change and, given the Spaniard has just had two weeks drilling the squad, perhaps he has finally happy Pepe will deliver exactly what he wants from him.

Either way, suddenly there is some optimism surrounding Pepe after a start to the season that had left a lot to be desired.

There is a long way to go for him but Arteta is right, Arsenal fans should not have to wait until next season to see why they splashed £72m on Pepe.